The Trump administration is waiving federal contracting laws to hasten the time it takes to build border walls between the U.S. and Mexico.

The Department of Homeland Security (DHS) announced Tuesday that it is waiving 10 laws pertaining to procurement regulations, including requirements for open competition, the justification of selections and accepting all bonding from a contractor prior to construction, according to The Associated Press. The move will allow the administration to build 177 miles of new wall more expeditiously in New Mexico, California and Texas.

“Congress has given the department authority to waive a number of laws and regulations when it comes to building border barriers and border roads. The department has used that authority 21 times — mostly waiving environmental regulations and laws,” Wolf said Tuesday on Fox News. 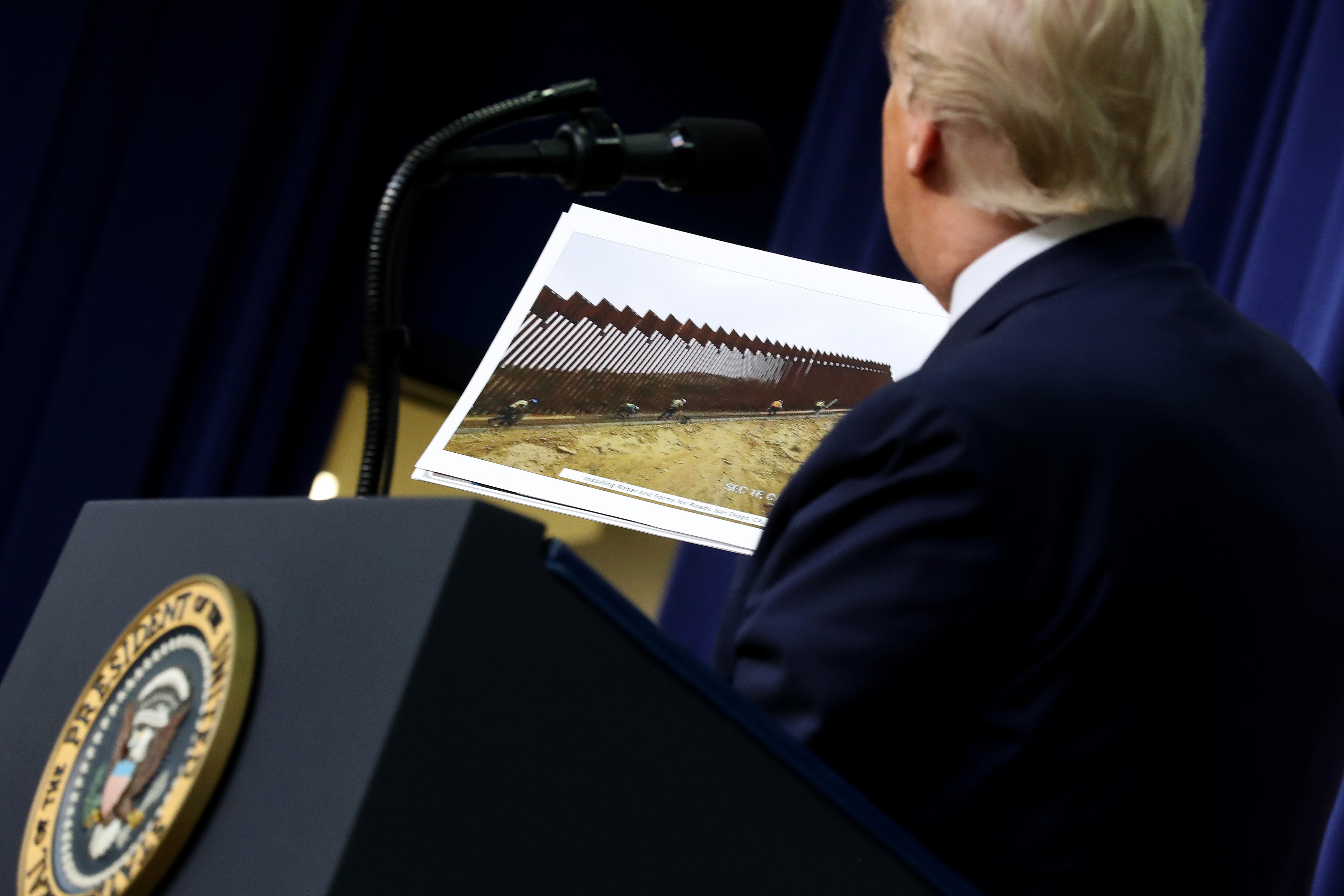 U.S. President Donald Trump holds up photographs of border wall construction as he delivers remarks to members of the National Border Patrol Council in the South Court Auditorium in the Eisenhower Executive Office Building Feb. 14, 2020 in Washington, D.C. (Photo by Chip Somodevilla/Getty Images)

“We will start waiving those for procurement-related regulations and laws as well, which allow us to speed up a lot of our contracts that the Army Corps has, anywhere from 30 to 45 to 60 days. We hope that will accelerate some of the construction going on in the Southwest border,” Wolf continued.

More specifically, the waivers will pave the way for 94 walls to be built before the end of this year, allowing the Trump administration to tout that much more completed wall in the run-up to the November elections. The remaining 83 miles will eventually be completed, but it’s not certain if construction will finish by this year. (RELATED: Trump Invites Granddaughter Of Elderly Woman Allegedly Slain By Illegal Alien To White House)

The announcement came after the Trump administration announced on Feb. 13 it’s reallocating a total of $3.8 billion from other funds to support wall construction along the U.S.-Mexico border. The White House, to the chagrin of congressional Democrats, has more than once used its authority to shift federal funds for barrier construction. Congress has twice attempted — and failed — to revoke President Donald Trump’s emergency declaration, which allows him to unilaterally reallocate funds.

Immigration enforcement remains at the top of Trump’s agenda, most particularly the construction of a vast border wall between the U.S. and Mexico.

Border Patrol Chief Rodney Scott announced Monday that the administration has so far completed 121 miles of new border wall. Trump has set an ambitious goal of 450 miles by the close of 2020.