“The SQ [Surete du Quebec] is working on a plan to dismantle the barricades,” Legault told reporters, according to CBC. But he said The SQ — Quebec Provincial Police — haven’t made much progress because the Mohawks at the First Nations Reserve of Kahnawake have access to weapons, including AK-47s, Montreal’s City News reported Wednesday. 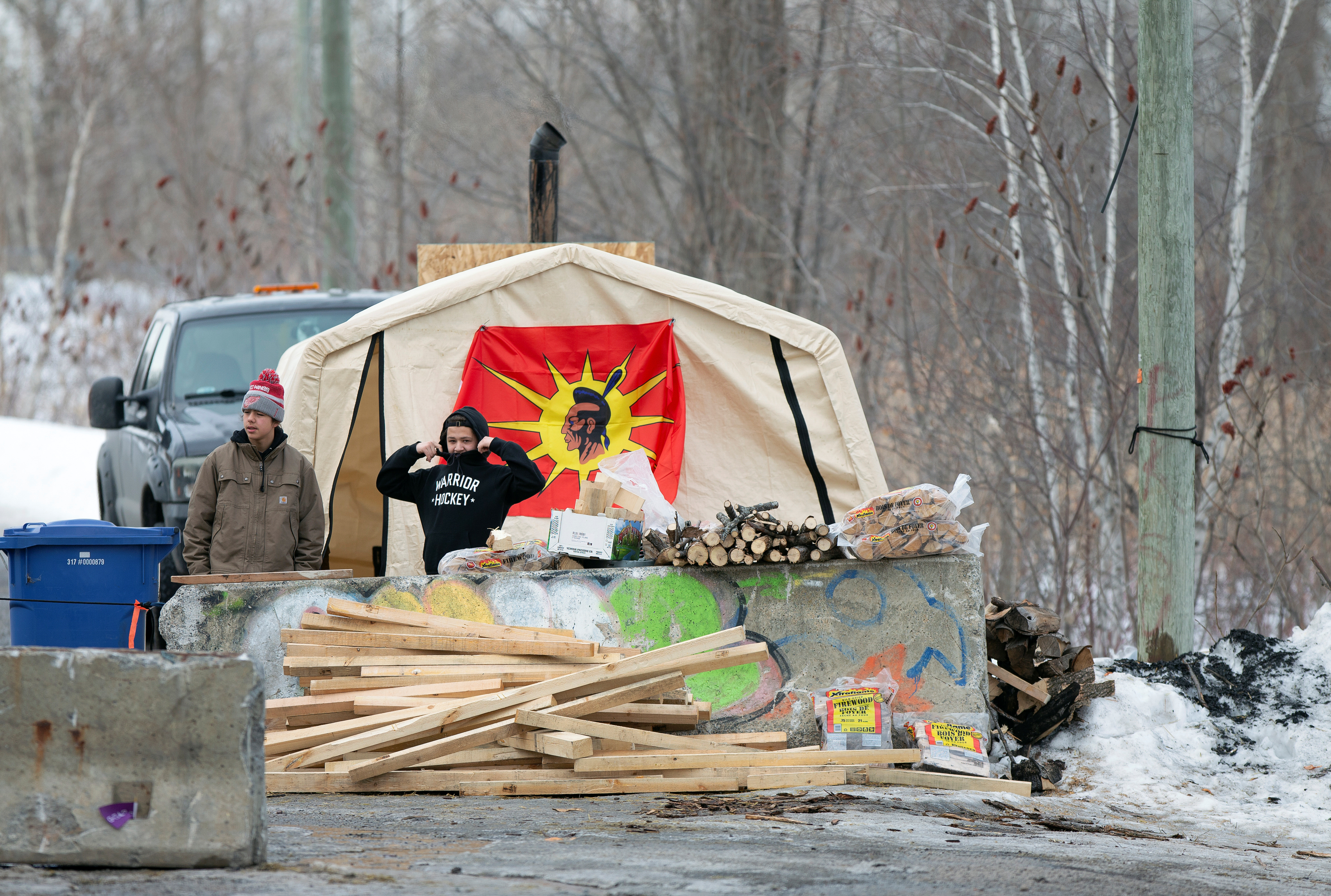 Legault said the police and protesters are talking but negotiations are ”delicate.” The Mohawks have said that protesters manning the barricades are not armed.

The stand-off is part of a month of illegal protests by environmental activists and some First Nations who oppose the construction of a gas pipeline in B.C. Until last week, activists had brought railway traffic to a standstill in Canada, threatening fuel and food shortages. (RELATED: Mining Company Withdraws From $20B Oil Sands Project — Citing Trudeau’s Environmental Policies)

Canadian Prime Minister Justin Trudeau finally called for an end to the blockade last Friday and told relevant police forces to enforce the law against the illegal barricades.

Despite police action to tear down some barricades, pockets of resistance are continuing across Canada this week.

Activists are continuing to vent their opposition with sporadic illegal activities. Protesters at the Tyendinaga Mohawk Territory near Belleville, Ont., where environmental activists blocked the main Canadian National railway line for three weeks, have been recorded on video standing on the tracks as trains are approaching.

The Ontario Provincial Police said the activists are also lighting fires near the railway tracks and throwing pallets at train cars as they pass. (RELATED: Counter-Protesters In Alberta Tear Down Anti-Pipeline Barricade As Trudeau Contemplates Action) 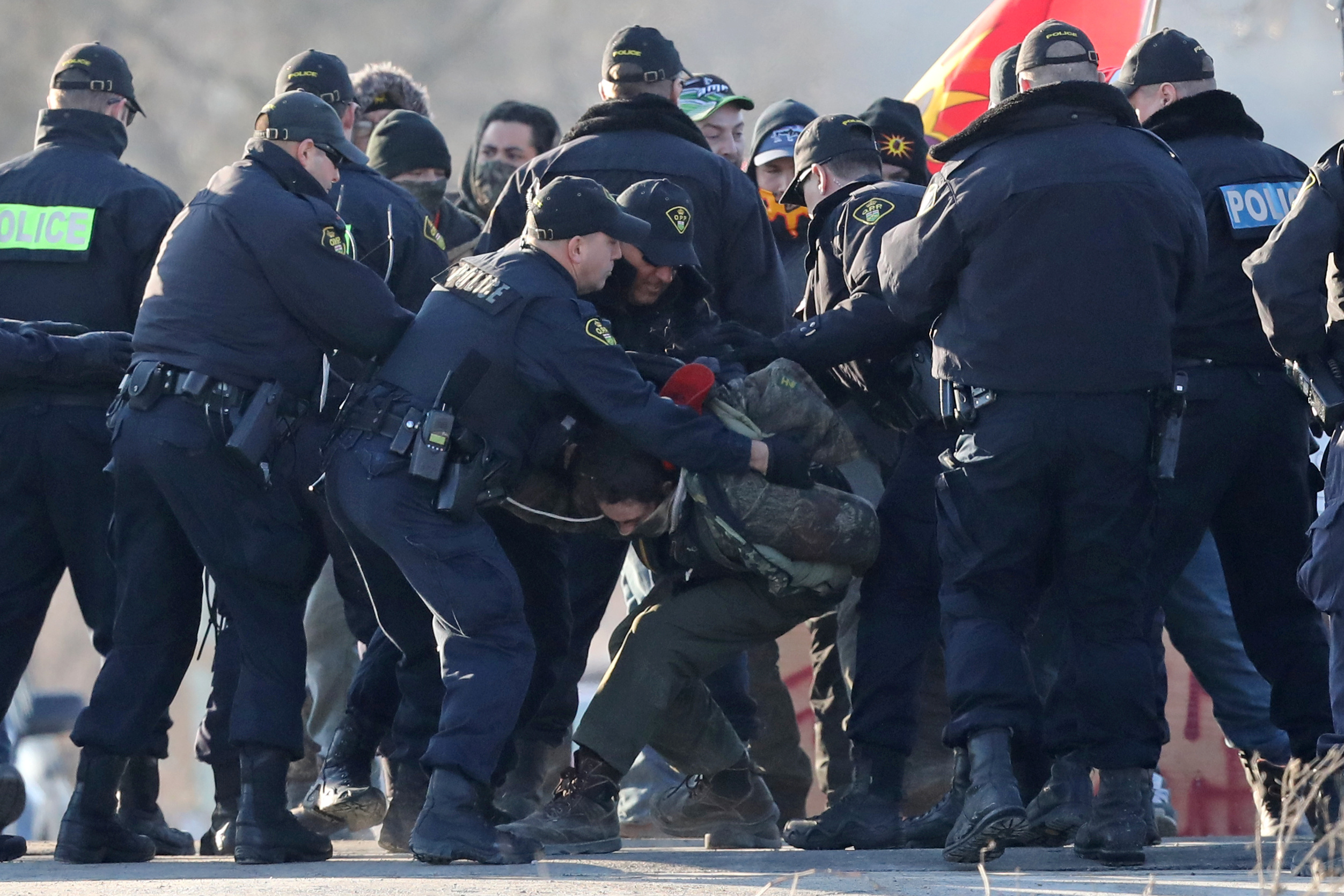 Police officers make an arrest during a raid on a Tyendinaga Mohawk Territory camp next to a railway crossing in Tyendinaga, Ontario, Canada February 24, 2020. Picture taken Feb. 24, 2020. REUTERS/Chris Helgren

Twitter user Emile Scheffel posted a video of the activity and tweeted, “This is totally beyond the pale and needs to be denounced by other protest groups.”

Having worked for a railroad, the level of danger here for the activists, the train crew, and any nearby community or homes is extreme. This is totally beyond the pale and needs to be denounced by other protest groups. #bcpoli #cdnpoli

Environmental activists are also mounting protests in Vancouver to oppose the Coastal GasLink pipeline in Northern British Columbia. Global News journalist Jordan Armstrong tweeted about reports that some of them may be armed as “unattended guns found in a tent last night at Oppenheimer Park.”

EXCLUSIVE: “Several” unclaimed, unattended guns found in a tent last night at Oppenheimer Park. @VancouverPD investigating whether real or replicas. Source tells me one *appeared* to be an assault rifle. Watch @GlobalBC News at 11 for more. pic.twitter.com/iPw8TwwAnx