An illegal alien who was involved in a car crash that killed an FBI agent and a fire marshal was never deported and continued to drive on Maryland roads, and has since been charged with additional driving-related crimes, according to an investigation by the Immigration Reform Law Institute (IRLI).

Roberto Antonio Garza-Palacios — a 30-year-old Guatemalan national living illegally in the U.S. — did not have his driving privileges revoked and was never removed from the country following his involvement in a deadly 2017 car crash in Montgomery County, Maryland, IRLI discovered, despite being cited for negligent driving.

Documents obtained by IRLI show that Garza-Palacios was handed down four alleged violations in September, including failure to obey traffic control devices, negligent driving, failure to drive on the right half the roadway, and failure to remain at the scene of an accident.

Roughly two months after Garza-Palacios was given additional charges, Immigration and Customs Enforcement (ICE) arrested him in his Maryland home in December. The agency confirmed his arrest in a statement to the Daily Caller News Foundation.

An ICE member is pictured during an operation in San Jose, California REUTERS/Kate Munsch

“U.S. Immigration and Customs Enforcement (ICE) officers arrested Roberto Antonio Garza Palacios at his home in Gaithersburg, Maryland, Dec. 17,” read a statement provided by ICE spokeswoman Kaitlyn Pote. “He is currently in ICE custody, and his immigration proceedings with the Executive Office for Immigration Review are ongoing.”

Discovery of the additional charges has brought renewed scrutiny onto Montgomery County, which has garnered nationwide attention for its sanctuary policies and litany of alleged illegal alien rapists.

“The fact that Palacios is still in the United States is bad enough; the fact that he was still driving is sickening,” said Dale L. Wilcox, the executive director and general counsel of IRLI. “This is a classic case of illegal aliens being given more rights than American citizens.”

“Palacios is a menace behind the wheel of a car, yet continued to drive in our country. He should have been deported in 2015, but instead was allowed to remain and two innocent people lost their lives. This is an appalling miscarriage of justice,” Wilcox continued.

Garza-Palacios first entered the public eye in 2017 following a traffic accident in Montgomery County that killed Carlos Wolff, an FBI agent, and Sander Cohen, a fire marshal. The two men were standing on the shoulder of the road when they were hit by Garza-Palacios’s vehicle. While authorities determined that he wasn’t impaired at the time of the accident, he was cited for negligent driving and given a $280 fine.

Federal immigration authorities later revealed that Garza-Palacios had been living in the U.S. illegally since overstaying his work visa that expired in 2009. His immigration status and past criminal activity prompted criticism by family members of the crash victims over how he was able to remain in the U.S. 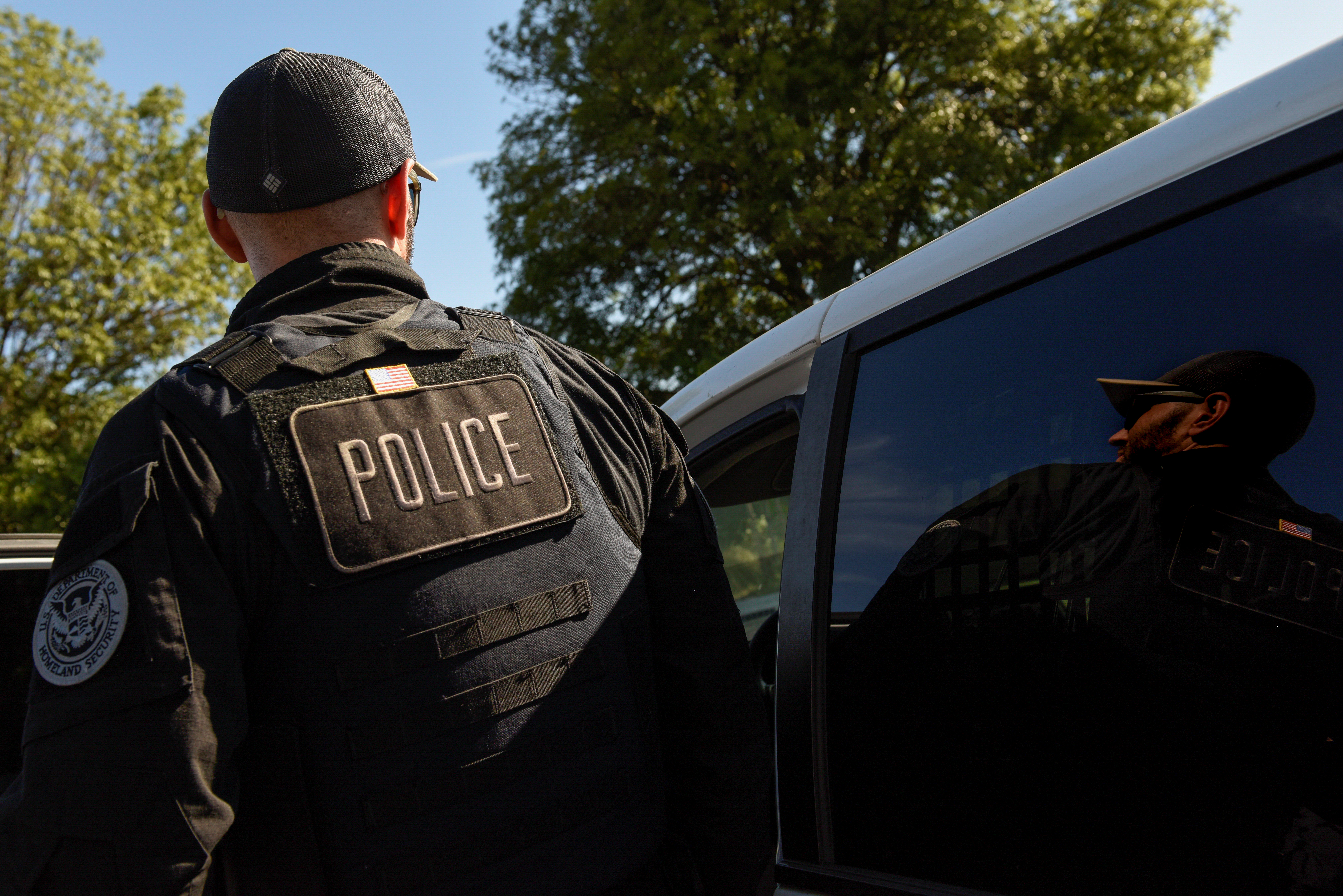 Garza-Palacios was detained by local law enforcement in 2015 based on evidence that he smashed 15 car windows.

ICE placed a detainer on him, asking authorities to keep in custody in order for an ICE agent to make an apprehension, but the Montgomery County jail officials ignored the request, allowing Garza-Palacios to be released back into the community.

“It is incomprehensible and unacceptable that Maryland’s sanctuary policies continue to protect illegal criminals, which in effect destroys the lives of U.S. citizens,” Marla Wolff, wife of slain FBI special agent Carlos Wolff and mother of their two children, said in a statement.

“Had Montgomery County honored ICE’s detainer request, Palacios would have never been on the road to kill Carlos and Sander.”

“This is a nightmare that we now have to live with. How many more families have to suffer unnecessarily because of politicians who put in place reckless laws?” Marla continued.

An investigation by IRLI found that Garza-Palacios racked up numerous alleged violations while living in the U.S, including two incidents of driving while intoxicated, drug possession, destruction of private property, and and malicious burning.

He remains in ICE custody, and will likely face deportation after his immigration court proceedings. (RELATED: Eighth Illegal Alien Has Been Charged With A Sexual Crime In Montgomery County, Maryland)

Montgomery County, a Democratic bastion in the state of Maryland, has received notable attention for its lack of cooperation with federal immigration authorities.

However, after a slate of rape and sexual abuse allegations against illegal aliens in the county, a spokesperson announced that they would roll back some of their sanctuary policies.