According to multiple polls, President Donald Trump’s approval rating has taken a nosedive in the last two weeks.

Rasmussen Reports, which tracks Trump’s approval rating daily, shows that Trump, who had a +1 positive approval index on February 25th, has dropped 12 points to -11.

On Wednesday, just 33% of respondents “strongly approve” of the president, while 44% “strongly disapprove,” indicating a -11 approval index. 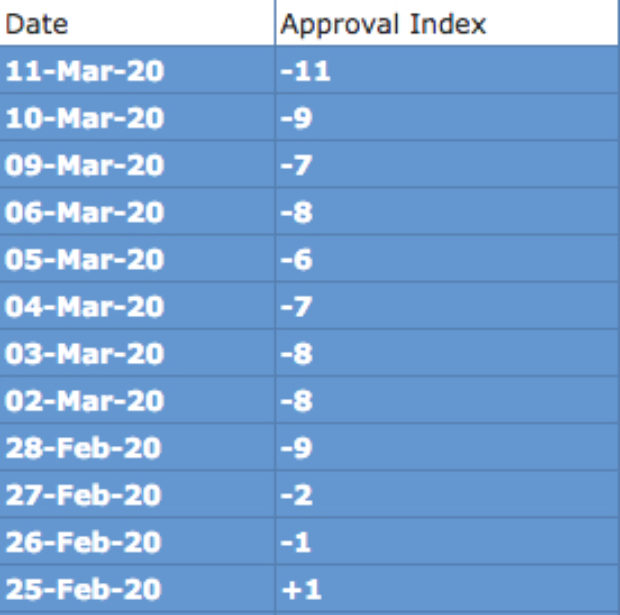 This recent drop in approval is reflected in other polls.

RealClearPolitics’s average of polls over 14 days also shows the decline. Two weeks ago, Trump showed a 4.3 disapproval average. On Wednesday, the disapproval stood at 8.6. 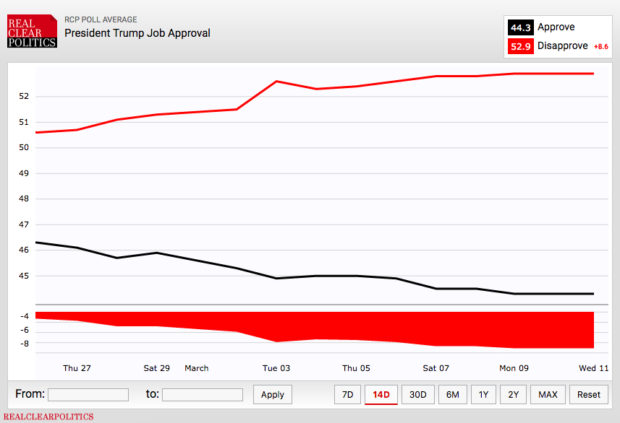 Trump’s decline in approval comes as the coronavirus panic has taken over America, leading to even some conservatives criticizing his approach. (RELATED: Trump’s Messaging On Coronavirus Is Unpopular – Even On The Right)

Fox News host Tucker Carlson appeared to take a swipe at the Trump administration’s handling of the virus, telling viewers Monday, “People you trust, people you probably voted for, have spent weeks minimizing what is clearly a very serious problem.”

In response to the virus, Trump is planning to roll out payroll tax cuts to reinvigorate the economy.