The novel coronavirus outbreak has infected over 181,000 people worldwide and only continues to spread, but the death rate for COVID-19 might be lower than most people think. The U.S. has reported a total of 4,500 cases with 100 total deaths, according to the Washington Post. The global death toll over 7,100 as of Monday. The death rate, however, is likely lower than what’s been reported. (RELATED: US Coronavirus State Of Emergency: Everything You Need To Know) An article published Feb. 28 in the New England Journal of Medicine, co authored by Dr. Anthony Fauci, a top U.S. health official suggests that the fatality rate might be “considerably less than 1%,” and that COVID-19 might be more similar to the fatality rate of a “severe seasonal influenza.” 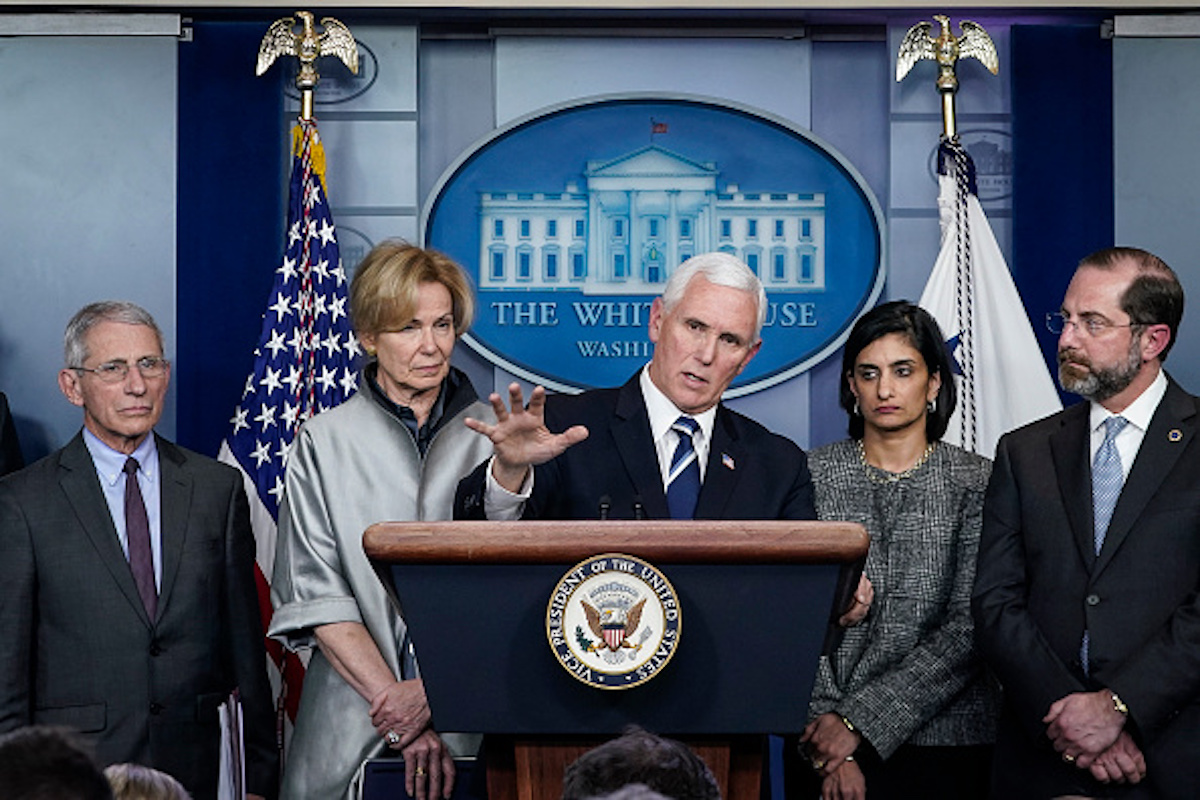 Fauci has since come out and said that the coronavirus is “10 times more lethal” than the seasonal flu, according to CNBC, and the World Health Organization estimates the fatality rate to be 3.4% The WHO fatality percentage is based on the number of global deaths and the total number of confirmed COVID-19 cases, per the Washington Post. The total number of confirmed COVID-19 cases, however, could be significantly below the number of actual cases. It is very likely that many cases of COVID-19 are not being reported as some people infected with the virus have no symptoms and therefore do not get tested. (RELATED: Stores Begin Implementing Measures To Help Elderly Shoppers Stay Protected, Get Essential Items Amid Coronavirus) The number of deaths may also be skewed, as there are chances of misdiagnosis and a chance that deaths are being undercounted, the Washington Post reported. Time Magazine also suggests that based on “data from other countries with robust testing systems,” that the mortality rate is lower than that. “The mortality rate in South Korea, where more than 1,100 tests have been administered per million residents, comes out to just 0.6%, for example. In the U.S., where only seven tests have been administered per million residents, the mortality rate is above 5%,” Time reported on March 9. Countries with even the most developed healthcare systems, like the U.S., have had difficulty with “getting testing up and running,” Vox added.

TOPSHOT – Pedestrians wearing face masks cross a road during a Lunar New Year of the Rat public holiday in Hong Kong on January 27, 2020, as a preventative measure following a coronavirus outbreak which began in the Chinese city of Wuhan. (Photo by ANTHONY WALLACE/AFP via Getty Images)

Much of the focus has been on testing those traveling to and from foreign countries, and therefore health officials are only testing a portion of those that are sick, another reason the rate might be lower than the WHO estimate. Vox also notes that the 3.4% case fatality rate (CFR) does not account for regional variation that also comes with variation in healthcare systems. (RELATED: EXCLUSIVE: Italian Pro Athlete Under Quarantine Issues Dire Warning: This Could Happen All Over The World) During the 2014-2016 Ebola epidemic, the disease was much worse in West Africa than in the U.S. where healthcare was much more readily accessible, according to Vox. WHO notes the regional disparities in China as well. On average the fatality rate in China is 3.8%, but in Wuhan, where coronavirus originated, the fatality rate is 5.8%. Elsewhere in China the rate is 0.7%

“When we see systems that are able to account for not only the really sick, but also those who have infection and are outpatients, the CFR is more accurate and drops considerably,” Isaac Bogoch, a professor at the University of Toronto, told Vox.

While the death toll and the reported cases only continue to increase as testing becomes more readily available, there are lots of people who are still not being tested because again, many people do not experience symptoms. (RELATED: More Cities Are Shuttering Businesses, And San Fransisco Is On Full Lock Down)

“It’s not irresponsible to come out with that [3.4 percent] number, but it should have been more clearly interpreted as not being reliable, or at least mention it’ll vary in regions.” The Dow Jones Industrial Average plummeted almost 3,000 points Monday, the largest one day point-loss in history, per CBS. President Donald Trump suggested that the country “may be” headed into a recession during a Monday press conference. Georgia, Kentucky, Louisiana and Ohio all postponed their presidential primaries amid the coronavirus outbreak. Four states, Maryland, New Jersey, New York and Connecticut all made commitments Monday to shut down bars, restaurants and movie theaters to combat the spread of the virus.