Immigration and Customs Enforcement (ICE) is using its deportation flights to bring home hundreds of U.S. citizens stranded in Central America due to restrictions from the coronavirus pandemic.

ICE, working in conjunction with the State Department, flew back 209 U.S. citizens on two return flights from El Salvador and Honduras, the agency announced in a press statement. These operations, ICE noted, could potentially expand outside the Northern Triangle region.

“ICE will continue to work with the State Department to facilitate the safe return of U.S. citizens on future removal flight returns from Guatemala, Honduras and El Salvador throughout the duration of the COVID-19 pandemic,” the agency said in a Wednesday press statement. 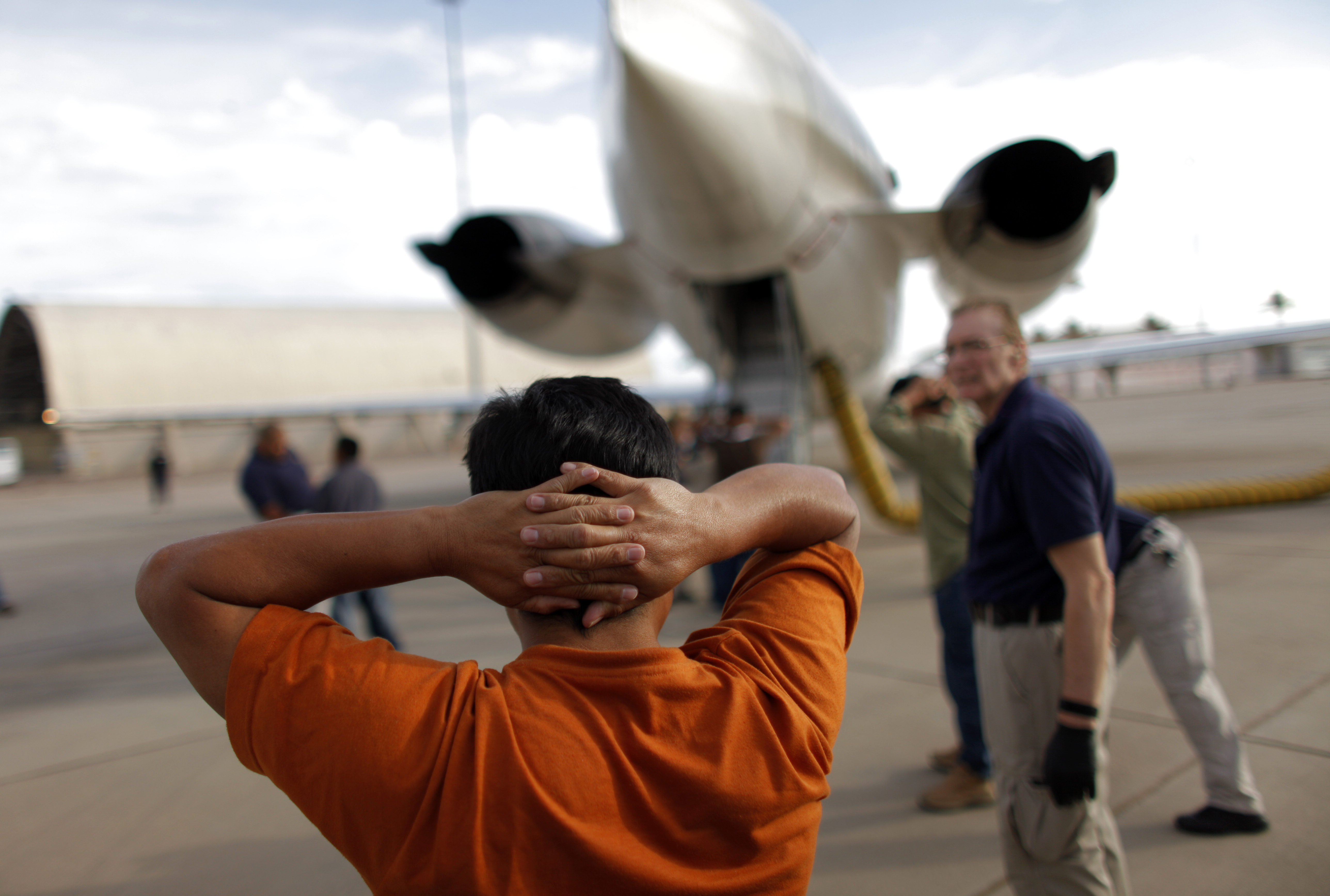 A Guatemalan illegal immigrant prepares to board a plane at a flight operations unit at the Phoenix-Mesa Gateway airport during his deportation process in Mesa, Arizona July 10, 2009. To match feature USA/DEPORTATIONS. REUTERS/Carlos Barria

So far, these return operations are confined to the Northern Triangle region of Central America — Guatemala, Honduras and El Salvador, but ICE left the door open to expansion outside this area.

“These return operations could also potentially expand to other countries outside of the Northern Triangle,” the agency said.

The facilitation of these returns comes as airlines around the world have cancelled flights and governments are declaring lockdowns on their countries.

The State Department on Thursday declared a level-four travel advisory — the highest level possible, and urged all Americans abroad to return home. If U.S. citizens did not choose to return, the administration warned, they risked being stuck in a foreign country for an indefinite amount of time. (RELATED: Illegal Border Crossings Drop By Half Under Coronavirus Shutdown)

“In countries where commercial departure options remain available, U.S. citizens who live in the United States should arrange for immediate return to the United States, unless they are prepared to remain abroad for an indefinite period,” read a press statement from the State Department on Thursday.

Ken Cuccinelli, the acting deputy secretary of the Department of Homeland Security, praised ICE for its work to return stranded U.S. citizens abroad.

This was an ICE flight repatriating Hondurans to Honduras, & ICE arranged your bring stranded Americans home on the return flight from Honduras. pic.twitter.com/b46cgslboG

“This was an ICE flight repatriating Hondurans to Honduras, & ICE arranged your bring stranded Americans home on the return flight from Honduras,” Cuccinelli wrote, and added that ICE brought home another 95 Americans on Tuesday.

ICE is rescuing stranded U.S. citizens at a time when some Democratic lawmakers are leveraging the coronavirus pandemic to demand the agency cease deportation operations. Minnesota Rep. Ilhan Omar, joined by 14 other Democratic congressmen, issued a letter to the Department of Homeland Security (DHS) on Friday, demanding a suspension on deportations and a freeze on other immigration enforcement measures.

“Many countries, including the United States, are implementing strict border controls during this pandemic, and we should make no exception for ICE Air and deportations,” the House Democrats wrote.