The Senate’s emergency relief package includes hundreds of millions of dollars in law enforcement grants, but language in the bill specifically forbids the Trump administration from withholding these funds from sanctuary jurisdictions.

Late Wednesday night, Senate lawmakers passed their $2 trillion stimulus bill aimed at reviving the U.S. economy and helping Americans make it through the coronavirus pandemic. The 880-page bill would, among many things, provide billions of dollars to struggling companies, boost unemployment insurance and dole out cash to Americans.

The legislation also includes an additional $850 million toward law enforcement grants. However, there’s a catch: language in the bill is tailored to preventing the administration from withholding these funds from cities and other jurisdictions that refuse to cooperate with federal immigration authorities.

“That awards hereunder, shall not be subject to restrictions or special conditions that are the same as (or substantially similar to) those, imposed on awards under such subpart in fiscal year 2018, that forbid interference with Federal law enforcement,” a section of the provision reads. 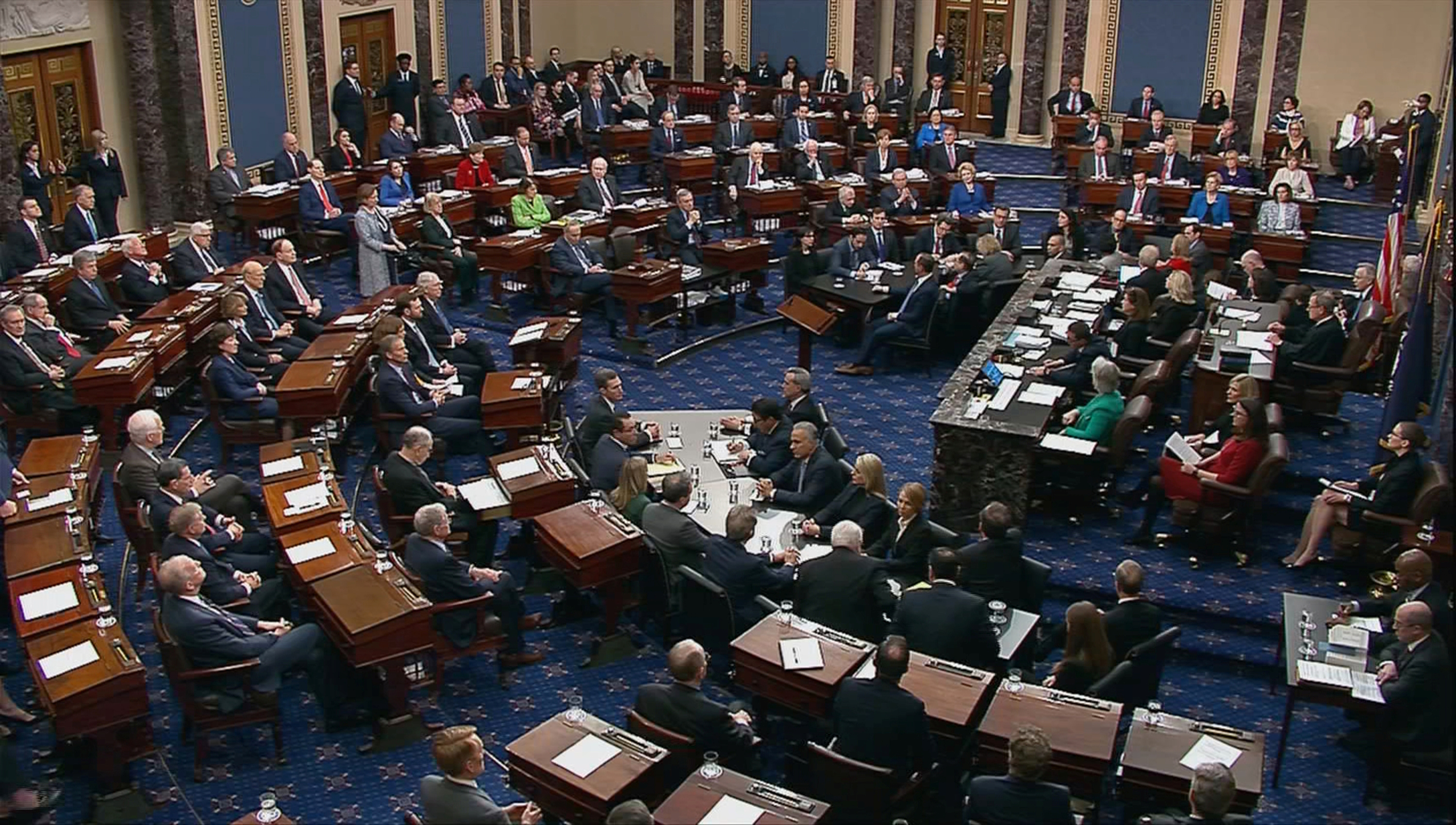 U.S. senators cast their votes on the first article of impeachment abuse of power during the final votes in the Senate impeachment trial of U.S. President Donald Trump in this frame grab from video shot in the Senate Chamber at the U.S. Capitol in Washington, U.S., February 5, 2020. U.S. Senate TV/Handout via Reuters

The battle between the Trump administration and sanctuary jurisdictions began in 2017, when the Justice Department moved to withhold enforcement grants from cities and states that refuse Immigration and Customs Enforcement (ICE) officials from accessing their jails or notifying them when an illegal aliens is set to be released from their custody. (RELATED: Pelosi’s Bill Gives Millions To Arts And Humanities, But Zilch To This Crucial Mission)

The Edward Byrne Memorial Justice Assistance Grant Program distributes millions of dollars annually in support of local law enforcement. What the Justice Department did in 2017 was impose certain conditions on recipients to receive these funds: not restrict information sharing with immigration authorities, give notice of an alien’s release date upon request, and give immigration authorities access to their facilities.

President Donald Trump scored a major victory in February when the 2nd U.S. Circuit Court of Appeals ruled that the White House can legally withhold funding from sanctuary cities.

To be sure, the coronavirus bill passed out of the Senate only applies to the additional $850,000,000 being appropriated to the Justice Department, and is not a statutory change to the Trump administration’s original order.

The relief package was passed by an overwhelming vote of 96-0 in the Senate late Wednesday night, and it now heads to the Democratically controlled House. House Majority Leader Steny Hoyer said he expects his chamber to vote on the relief package by Friday.