The Senate passed the $2 trillion emergency relief package Wednesday to address the coronavirus pandemic after continued debate from both parties.

The package passed the Senate 96-0. There were a few minor hiccups earlier in the day Wednesday as Republican South Carolina Sen. Lindsey Graham held a press conference with a group of Republican Senators to call for an immediate fix to a “life-threatening drafting error” in the coronavirus package.

Graham was joined by South Carolina Sen. Tim Scott, Nebraska Sen. Ben Sasse, and Florida Sen. Rick Scott at the press conference to discuss the coronavirus emergency legislation. The presser was first announced in a tweet by Graham, who said they “will discuss a massive drafting error in the current version of the coronavirus relief legislation that could have devastating consequences.”

The group of Senators later agreed to drop procedural issues and let the bill move on in exchange for a vote on an amendment, which failed in a 48-48 vote, before the vote for final passage on the coronavirus package.

Also, Vermont Independent Sen. Bernie Sanders and 2020 presidential candidate threatened that he will put a hold to the Senate coronavirus package unless there are stronger sanctions on a $500 billion corporate welfare fund. (RELATED: Bernie Threatens Republicans — Says He Might ‘Put A Hold’ To Senate Coronavirus Package) 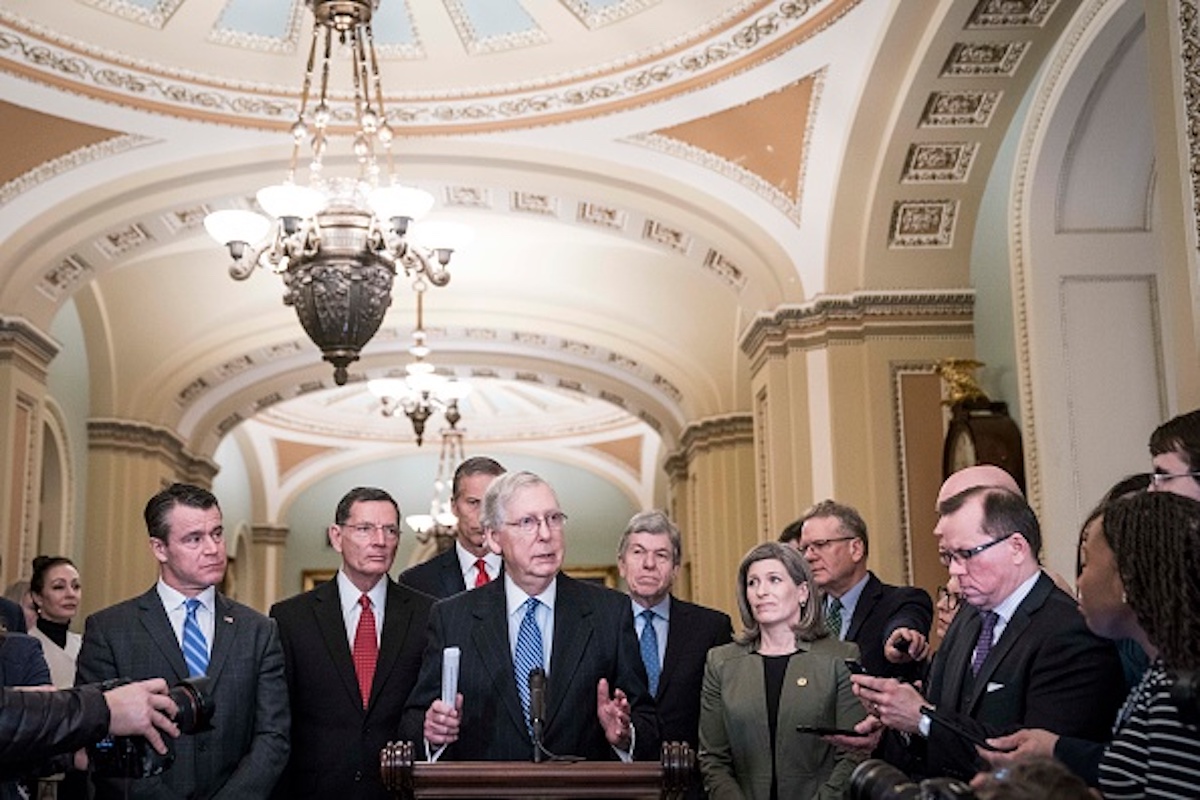 The text came out late Wednesday after a bunch of changes were made throughout the day. Meanwhile, Speaker of the House Nancy Pelosi delayed the passage of the Senate’s coronavirus relief package on Wednesday, as the House was in session for nearly three minutes and then adjourned until Thursday.

The House will now vote on the Senate bill in order to get it to President Donald Trump’s desk so he can sign it into law.