U.S. federal agents seized a massive amount of narcotics after uncovering a cross-border tunnel that spanned between San Diego, California, and Tijuana, Mexico.

The San Diego Tunnel Task Force on March 19 discovered a sophisticated drug-smuggling tunnel, and in the process nabbed five different drugs that totaled nearly $30 million dollars, according to a press release by Immigration and Customs Enforcement (ICE). The discovery was the result of an ongoing investigation that involved several different federal agencies.

After agents on the San Diego Tunnel Task Force accumulated information about a transnational criminal organization believed to pushing drugs into the United States via an underground tunnel, a U.S. federal judge obtained a search warrant for a warehouse in the Otay Mesa community of San Diego.

Execution of the warrant resulted in discovery of the tunnel’s exit point. Agents seized 1,300 pounds of cocaine, 3,000 pounds of marijuana, 86 pounds of methamphetamine, 17 pounds of heroine, and over two pounds of fentanyl — a street value estimated to be $29.6 million. 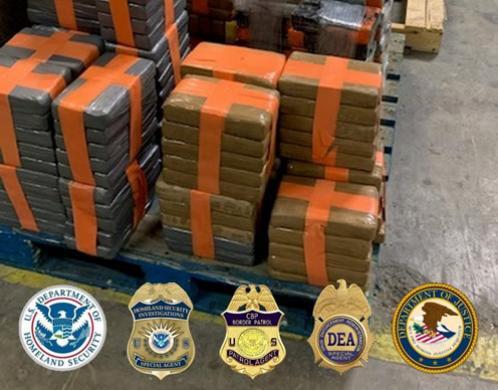 It was the first time in San Diego’s history where five different types of drugs were seized inside a single tunnel.

“If cartels keep spending millions of dollars building tunnels, we will keep finding and filling them,” U.S. Attorney Robert Brewer said in a statement released Tuesday. “This time, we seized a jaw-dropping $30 million worth of dangerous drugs that aren’t going to reach the streets.”

“This is the most valuable single-day tunnel seizure in recent memory, and it is the largest seizure of multiple drugs in a single tunnel,” Brewer continued. “This takedown is even more significant in the face of a global pandemic, where stopping the movement of unauthorized people and packages across international borders is of utmost importance.” 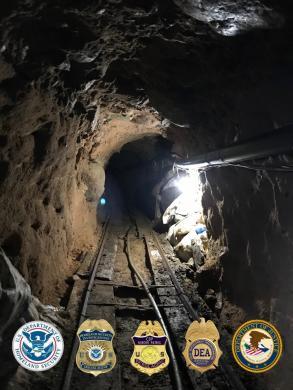 The tunnel, according to authorities, is three feet wide throughout most of the passageway and has an average depth of 31 feet. Agents suspect the tunnel has been in existence for several months due to “advanced construction” in numerous sections — including ventilation, reinforced walls, an underground rail system and lighting.

“I hope this sends a clear message that despite the ongoing public health crisis, HSI and our law enforcement partners will remain resilient and continue to pursue criminal organizations responsible for the cross-border smuggling of narcotics into the United States,” said Cardell T. Morant, the acting special agent in charge of Homeland Security Investigations San Diego. (RELATED: Mexican President Sparks Outrage After Shaking Hands With El Chapo’s Mother)

This is far from the first time Mexican cartels have tried to use underground tunnels to smuggle narcotics into the United States — especially in the San Diego area.

Customs and Border Protection (CBP) announced in January announced the discovery of the longest underground smuggling tunnel in U.S. history. This tunnel, which also connected Tijuana and San Diego, spanned a total of 4,068 feet. The nearly one-mile-long tunnel smashed the record of any other seized tunnel in history.