San Francisco will be returning to single-use bags while temporarily banning reusable totes as a sanitary measure, numerous sources reported.

The San Francisco Department of Public Health ordered new social distancing protocols for essential businesses within the city and county Tuesday, which included the reusable bag ban measure to “prevent unnecessary contact.” The measures include “not permitting customers to bring their own bags, mugs, or other reusable items from home,” as well as not allowing customers to self-serve any food-related items, among other regulations. The rules are applicable until at least May 3. (RELATED: San Francisco’s Cannabis Dispensaries Will Remain Open During Lockdown) 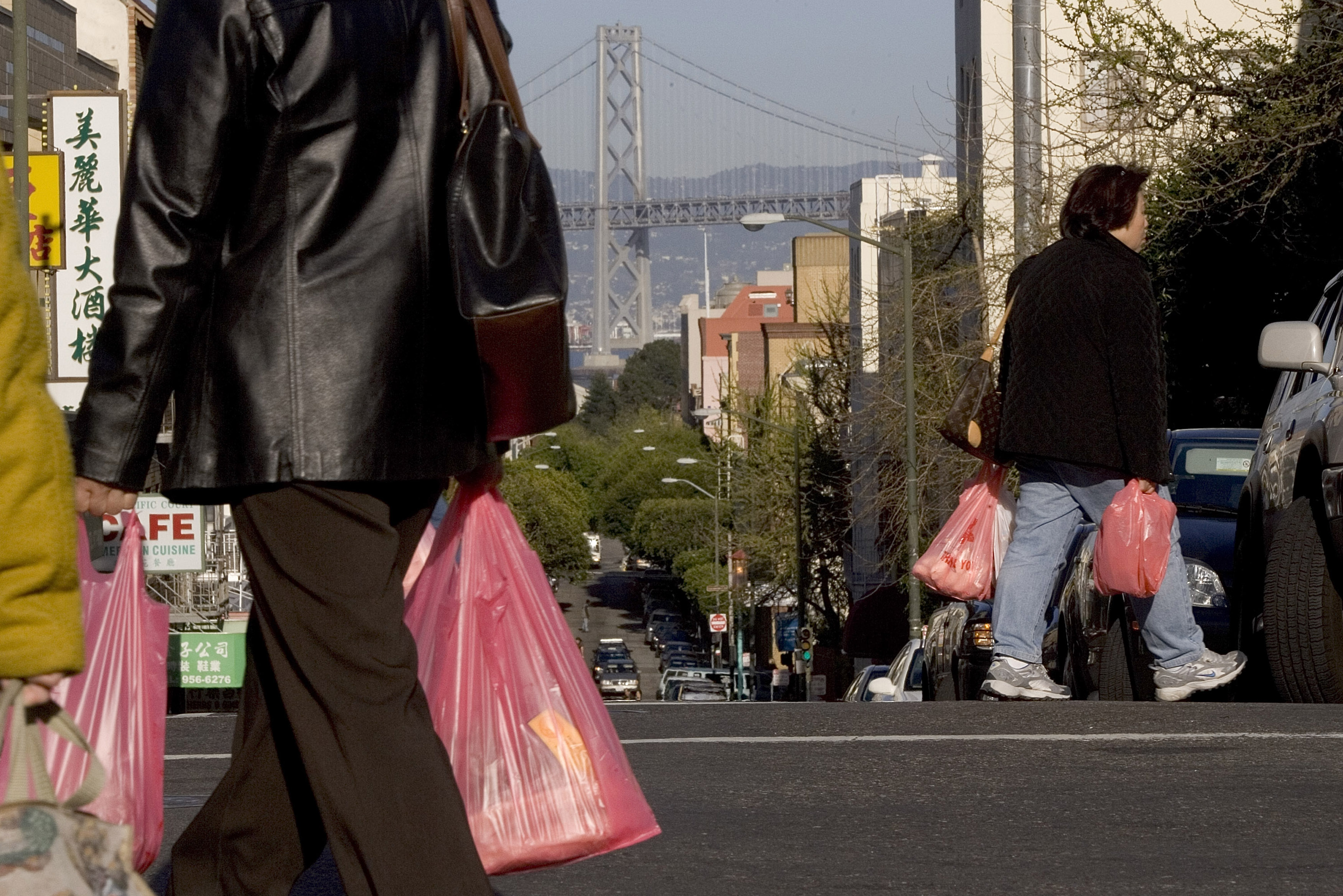 People walk with groceries in plastic bags in Chinatown on March 28, 2007 in San Francisco. (Photo by David Paul Morris/Getty Images)

Entire states like Massachusetts have also temporarily lifted bans on single-use bags out of concern about germs inside reusable bags. San Francisco was among the first cities in the country to ban single-use plastic bags in 2007, according to Food and Wine.

California became the first state to enact legislation imposing a statewide ban on single-use plastic bags at large retail stores in 2014, according to the National Conference of State Legislatures. Former Democratic California Gov. Jerry Brown signed a bill in 2018 that made California the country’s first state to ban full-service restaurants from handing out plastic straws unless a customer asks for one, saying that “plastics, in all forms — straws, bottles, packaging, bags, etc. — are choking our planet.”