Rudy Chirinos-Hernandez was arrested by agents patrolling the desert near Sells, Arizona, according to a press release by Customs and Border Protection (CBP). Following his apprehension, agents conducted a records check and discovered that Hernandez had been convicted of sexual assault against a minor — a felony offense — in 2012 in Dallas, Texas.

The Honduran national was handed a two-year prison sentence. It’s not immediately clear when he was deported out of the United States.

“Hernandez was initially brought to a mobile command center for expulsion under Title 42 authority,” the CBP press release read, noting how the records check revealed his past criminal activity. “Therefore, prosecution for re-entry of a convicted felon was sought instead of immediate expulsion to Mexico.” 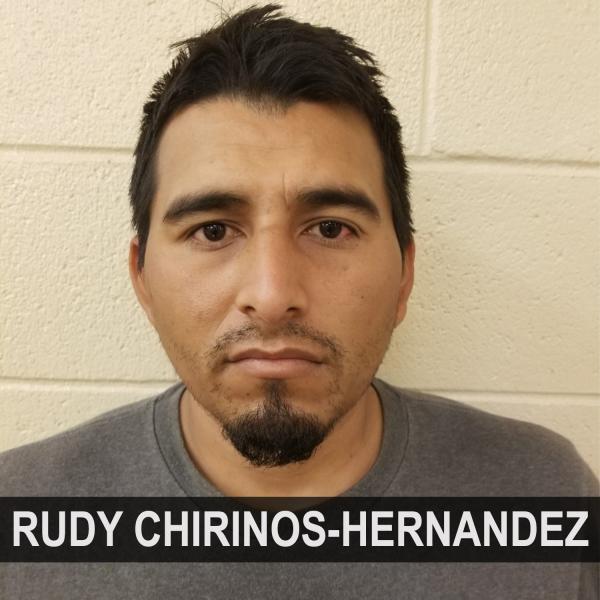 Rudy Chirinos-Hernandez was arrested by CBP on Thursday, April 2. Image courtesy of CBP.

CBP was referring to one of two different authorities the agency is utilizing: Title 42 and Title 8. Per Title 8, migrants who are apprehended between ports of entry are processed at a Border Patrol station and, if at all possible, are deported. (RELATED: DHS Suspends Increase In Guest Worker Visas After Tucker Carlson’s Segment)

Title 42 is what is being utilized to mitigate spread of coronavirus. Aliens processed under this authority are intended to be kept out of facilities, where they are “encountered,” not “apprehend,” and they are “expelled,” not “deported.” Expulsion does not carry the same legal consequences as a deportation.

The Trump administration, per orders from the Centers for Disease Control (CDC) declared a ban on all non-essential travel at the southern and northern borders, and said all illegal aliens would be immediately turned away. Per these guidelines, illegal aliens are being quickly expelled back as a precautionary measure against COVID-19.

However, in Hernandez’s case, he is being kept for processing because of his past crimes.

Border Patrol leaders hailed the arrest as a testament to the agency’s work despite the pandemic gripping the rest of the country — and the world.