The State Department has repatriated more than 50,000 U.S. citizens stranded around the world since the coronavirus outbreak began, the administration revealed Wednesday.

Canceled flights, railway systems shut down, and other sweeping lockdown orders around the world have left many Americans unable to get back home. During the White House’s daily coronavirus press briefing Wednesday, Secretary of State Mike Pompeo detailed how successful the Trump admiration has been at rescuing these stranded Americans.

“As you know, when many countries shut down their rail lines, their buses, their infrastructure systems, the capacity to get out of those countries — they were trapped, they’re stranded — the State Department swung into action,” Pompeo said.

He added: “Since January 29th, we have now repatriated over 50,000 United States citizens back to their homes from more than 90 countries, more than 490 flights back to the United States from all across the world. This worldwide scale of our repatriation efforts is without parallel in our lifetime.” 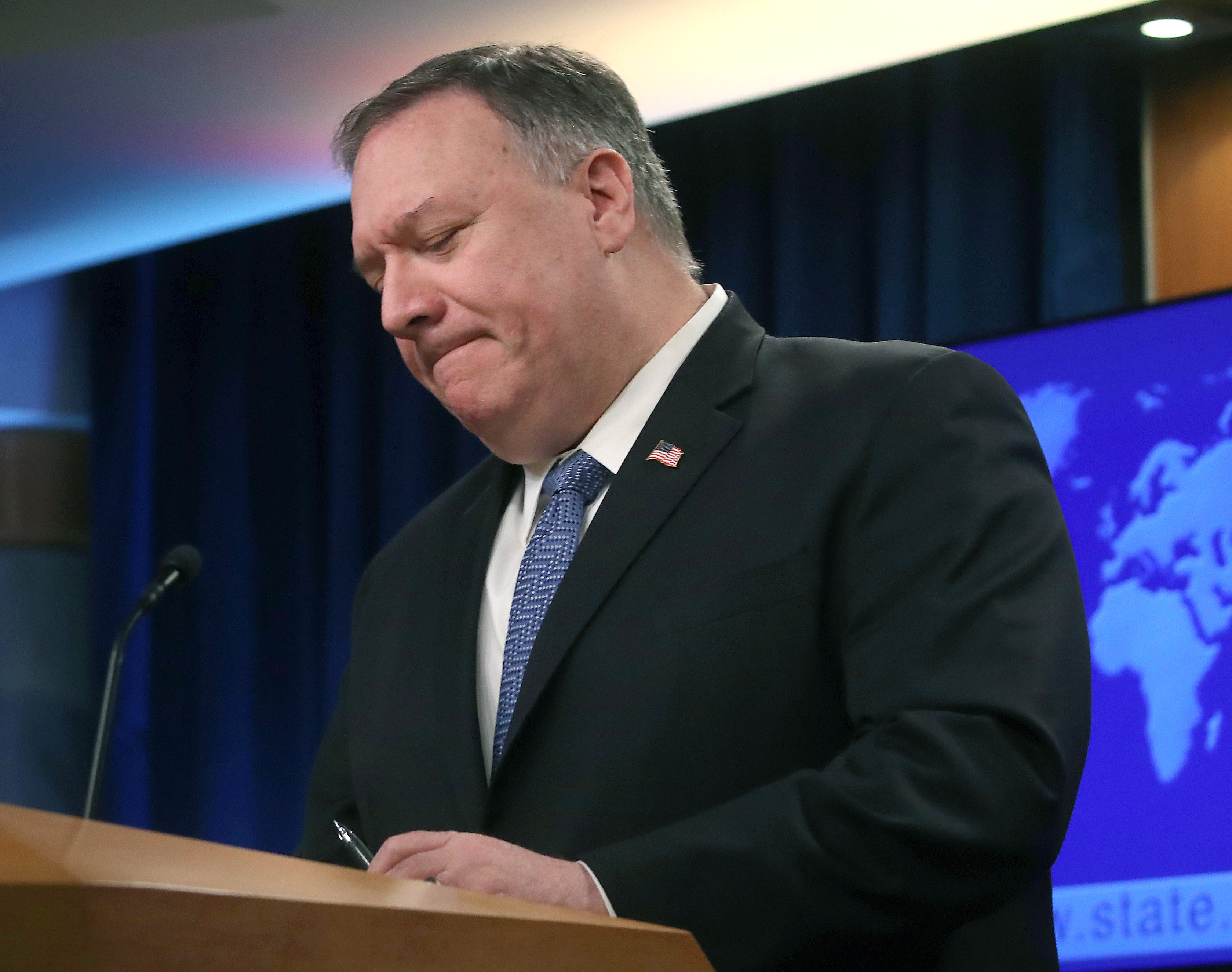 U.S. Secretary of State Mike Pompeo speaks during a briefing at the State Department on February 5, 2020 in Washington, DC. Secretary Pompeo spoke on several topics including the coronavirus and the recent truce with the Taliban. (Photo by Mark Wilson/Getty Images)

“We are coordinating with foreign governments, militaries, airport authorities, medical units, transportation companies, hotels, you name it.  We’re working with them to make sure the American people get back to be with their families,” Pompeo continued.

The State Department declared a level-four travel advisory on March 19 — the highest level possible, and at the time implored all Americans abroad to return home. If they did not choose to return, the administration cautioned, they risked being stranded in a foreign country for an indefinite amount of time. (RELATED: ICE Begins Rescuing Stranded Americans Outside Central America)

That waring proved to be reality for thousands of Americans living abroad as the COVID-19 pandemic gripped nearly all aspects of life. Governments around the world have been forced to issue lockdown orders, bringing a halt to most forms of transportation.

The State Department has worked with other U.S. agencies to rescue Americans around the world — notably Immigration and Customs Enforcement (ICE).

AIC Air Operations — the transportation arm of the agency that is known for removing aliens from the United States — has been utilized by the State Department to bring Americans back home. These ICE Air flights have continued their deportation operations, and have boarded stranded U.S. citizens on the return leg back.

Since the coronavirus crisis began, ICE has conducted at least 11 flights that have brought back a total of 853 Americans.

Pompeo, nevertheless, says there still a few thousands U.S. citizens stranded in foreign countries, but the Trump administration is working to bring everyone back.

“They’re proud to know that their country will not leave them stranded and were going to get them back home,” Pompeo said.