Colin Wright had been on the academic track for 12 years. He began his career in California, studying evolutionary biology and ecology, and two years ago, he earned his PhD in the subject.

This month, however, he decided to turn his back on academia after he realized the likelihood of ever obtaining a faculty position at most American colleges would be nearly impossible due to what he calls “ideological policing.” Although he identifies as left-leaning, some of his views, such as believing sex is binary, were a liability for campuses where there’s an established status quo that often stifles conservative or heterodox beliefs.

1/ OFFICIAL ANNOUNCEMENT: I have left academia.

Many of you know that I have been pursuing a faculty job in academia for the last couple of years. Those efforts have been unsuccessful. I’ve had a few phone interviews, but unfortunately nothing beyond that.

Wright started studying biology in 2008 and a decade later graduated from the University of California Santa Barbara with a PhD in evolutionary biology. He immediately took a position at Pennsylvania State University as a research fellow in June 2018, where he remained until last week. His research focused on social behavior in social insects and arachnids. 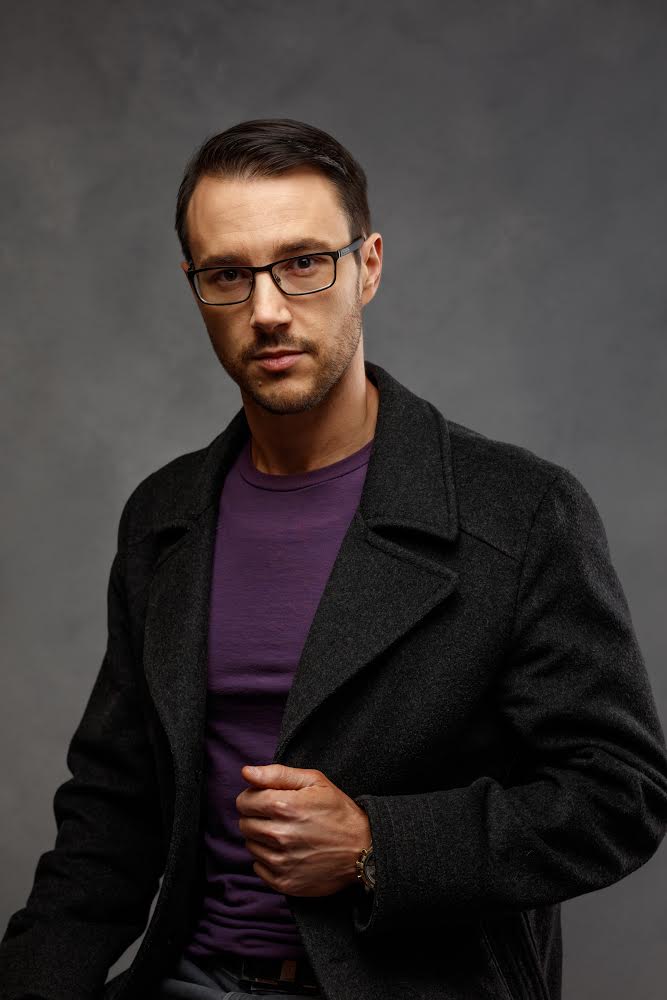 His difficult decision to leave after investing over a decade of his life into his academic pursuit came after a series of incidents and signals from colleagues and potential employers that made it clear to him that campuses have become hostile to any deviation from far-left dogma concerning gender and sexuality.

“Those who know me personally know I am not a bigot,” Wright told the Daily Caller. “They may not agree with my views, but they know I’m a good person.”

Wright has written about sex and gender for the Wall Street Journal and The Times, which he believes has damaged his career prospects in academia. In “The Dangerous Denial of Sex,” which was published in February for the Wall Street Journal, he pointed out the flaws with arguments that biological sex is a social construct or spectrum and outlined how these beliefs are harmful towards women, gays and lesbians, and children.

“I question and critique many dogmas on the Left related to sex and gender,” he said. “I defend the position that biological sex is binary and not a spectrum. I am also sharply critical of gender ideology because I think it harms women, homosexuals, and children. The Left does not view these as mere critiques of ideas, but rather attacks on people and groups.”

While these numbers may have fluctuated in the last three years, the academy has been home to ever smaller numbers of conservatives, and scholarly rigor has suffered as a result. Sociologist Charlotta Stern found that ideological presumptions in her field prevented anyone “But the no-differences-between-genders assumptions of left-learning sociologists” from making serious research inroads, according to an essay published in the National Association of Scholars’ Summer 2018 issue. For many scholars, especially those focused on sex and gender, ideology trumps science.

Having contrary beliefs like Wright’s is enough to make anyone — whether a student, researcher, or professor — a pariah on an American college campus, as indicated by numerous examples. (RELATED: Prof Fired Over Conservative Views Emerges Victorious After Two-Year Legal Battle: Release)

“I am widely considered transphobic on the Left, and have been frequently accused of hate speech for my essays. Students, faculty, and diversity committees at Penn State have contacted my advisor about my essay, expressing their concerns,” Wright said. “Students felt that my essay was a personal attack on individuals with non-binary gender identity and knowing it came from someone at Penn State made them feel less comfortable working here, claiming that environment was less inclusive.”

“What is currently taboo in academia is to publicly state that males and females are real biological categories that have average innate physical and behavioral differences. It’s taboo to disagree with the claim that ‘sex is a spectrum.’ It’s taboo to entertain the view that psychological differences between human populations may have a genetic component. And it’s extremely taboo to criticize in any way the doctrine of ‘gender identity.’”

When making his decision to leave academia, he factored in the intolerance of heterodox views on sex and gender as well as the gatekeeping efforts of human resource departments at campuses that filter out any prospective hires that could later be liabilities due to their unorthodox views.

“Candidates at many universities are screened by HR, and those passing their criteria are then passed along to the departments for consideration,” he said. “This happens at the [University of California campuses] with respect to diversity statements. This had never been the case until recently.”

Wright said he applied to roughly 150 faculty positions and has only received a handful of phone calls despite being especially qualified for his career stage. He said a biology department chair at a private liberal arts college reached out to him to let him know he enjoyed his essays and his openness to debate, and that they’d be interested in recruiting him for a faculty position. But the department chair said he was near certain that HR would block his hiring due to liability concerns.

Departments used to have more power in deciding who would be hired, he explained. “Now they can screen out people who make students feel ‘unsafe’ or the campus environment less ‘inclusive.’”

While Wright chose to leave academia, others have been less fortunate. Bo Winegard, a former assistant professor of psychology at Marietta College, was informed that his contract would not be renewed months after he lectured at the University of Alabama about population variation. He was accused of being a racist, although he told the Daily Caller he never spoke about phrenology, eugenics, or race and IQ at the event, and denied being an extremist. According to Winegard, his hosts at the University of Alabama agreed to let him speak about “the human biological differences at least partially produced by different environments selection for different physical and psychological traits in their populations over time.”

“I’m the most published person in my department by far, I’m a very productive scholar, and I’m a good teacher and have gotten good teaching reviews,” Winegard told the Caller in March when discussing his firing. “This is not normal. It’s something that should be surprising to people, and was definitely surprising to me. Unless you do something egregious like sleep with a student, or had some kind of scandal, or you’re completely incompetent, you at least get to the 5-year tenure review.”

Winegard is now working independently as a scholar and essayist, and lamented academia’s turn toward an illiberal liberalism that he believes has suppressed open inquiry.

“To be fair, this can be an issue on both sides. I don’t think there’s something uniquely illiberal about liberals, I just think they have way, way more power on college campuses right now and they can wield that power,” he said.

“We don’t want academia to be a place where people can be punished for perfectly legitimate political opinions and or avenues of scientific research. “Nobody should want that, because it’ll come back around. Our goal should be to pursue the truth.”

Winegard says he never received a response from Marietta College about why his contract would not be renewed. Marietta College did not respond to a request for comment, nor did the University of Alabama’s Evolution Working Group, the group that hosted Winegard. 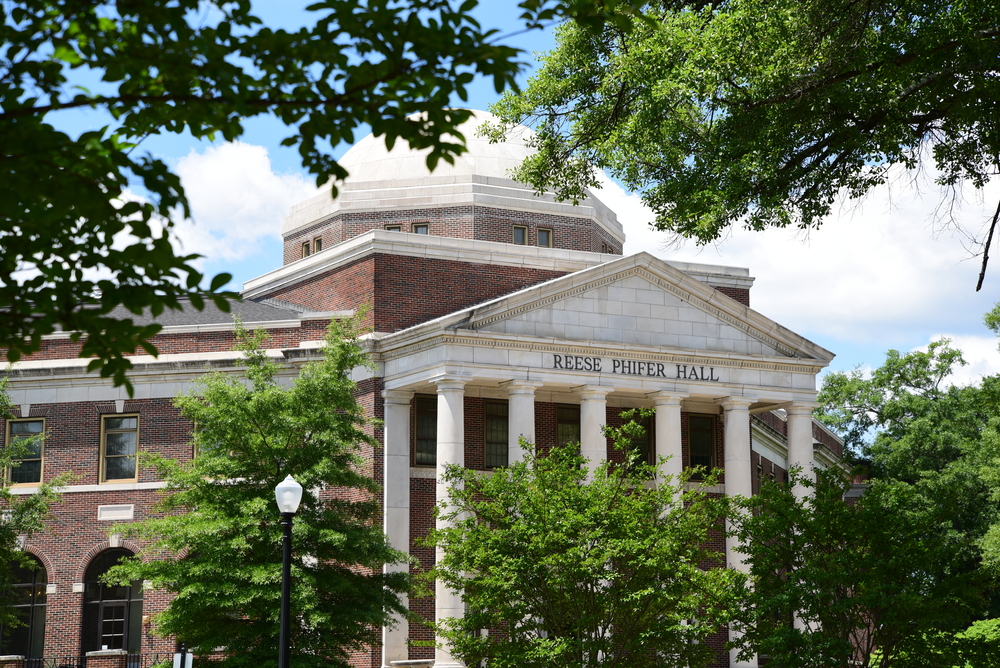 Wright describes an atmosphere on college campuses that reflects what Winegard described — one where the pursuit of truth is mired by activist administrators and human resource departments interested in pacifying the loudest minority of students. Often, opinions that can hardly be described as beyond the pale (or in respects to gender, beyond what a majority of Americans outside of campuses believe) are enough to indict those who have them.

At many American campuses, human resource departments play an active role in faculty searches, sometimes on search committees as voting members. Human resource departments at some schools are responsible for screening candidates — in Wright’s case, the biology department chair that spoke with him believed that because of his beliefs, this “screening” would spell his doom.

Although he worked independently at Penn State and didn’t interact much with students or other faculty, Wright said that at the University of Pittsburgh and especially at UC Santa Barbara, those with right-leaning or heterodox views know to remain silent or risk backlash and professional consequences.

“I gave an invited lecture at the University of Pittsburgh recently, and my host feared protests because students there were aware of and vehemently opposed my views.”

Ultimately, the academic world and the world that exists beyond campus boundaries often conflict with each other. Professors who are conservatives or hold views contrary to their left-leaning colleagues often remain closeted, or delay expressing any semblance of conservative or heterodox beliefs until they’re tenured. Wright is leaving academia and launching an online fitness and nutrition coaching business after losing hope that he’d ever land a faculty position precisely because he chose not to remain closeted.

His advice to the contrarians who want to pursue teaching in colleges is to self-censor, or risk being caught in the middle of the nightmare he experienced. “I wish I had a more uplifting and optimistic thing to say, but frankly I don’t. I think academia is currently very ill, and I don’t see it changing course for a while.”