World Health Organization Director-General Tedros Adhanom Ghebreyesus said during a speech in early February that the spread of coronavirus outside China could be “controlled easily” thanks, in part, to the Chinese government’s efforts to contain the virus.

Tedros made the claim during a speech before the WHO executive board on Feb. 3, a week after he had met in person with Chinese President Xi Jinping. At the time of his speech, there were 151 confirmed coronavirus cases and one death outside of China.

“If we invest in fighting at the epicenter, at the source, then the spread to other countries is minimal and also slow,” Tedros told the executive committee, referring to the virus’s outbreak in Wuhan. “If it’s minimal and slow, what is going outside can also be controlled easily. So the number of cases we have now, 151, is actually small, and it’s growing only slowly.”

“So it can be managed — and when I say this, make no mistake: it can get even worse,” Tedros added. “But if we give it our best, the outcome could be even better. If not for this strategy and China’s efforts, the number of cases outside China would have been very much higher.”

“I was very impressed in my meeting with President Xi at his detailed knowledge of the outbreak, his personal leadership, and his commitment as reflected in the words he told me,” Tedros said, adding that Xi told him: “We will take serious measures at the epicenter, at the source, in order to protect our people, and also to prevent the spread of the virus to other countries.”

Tedros also told the WHO executive board that the public health emergency of international concern that he had declared four days prior was issued primarily due to signs of human-to-human transmission of coronavirus outside China and over concern about what could happen were the virus to spread in countries with weak health systems.

However, by the time Tedros gave his speech, the wheels for a global coronavirus pandemic were already set in motion due in large part to the Chinese government’s well-documented efforts to cover up its existence when the disease first began spreading in Wuhan in late December. 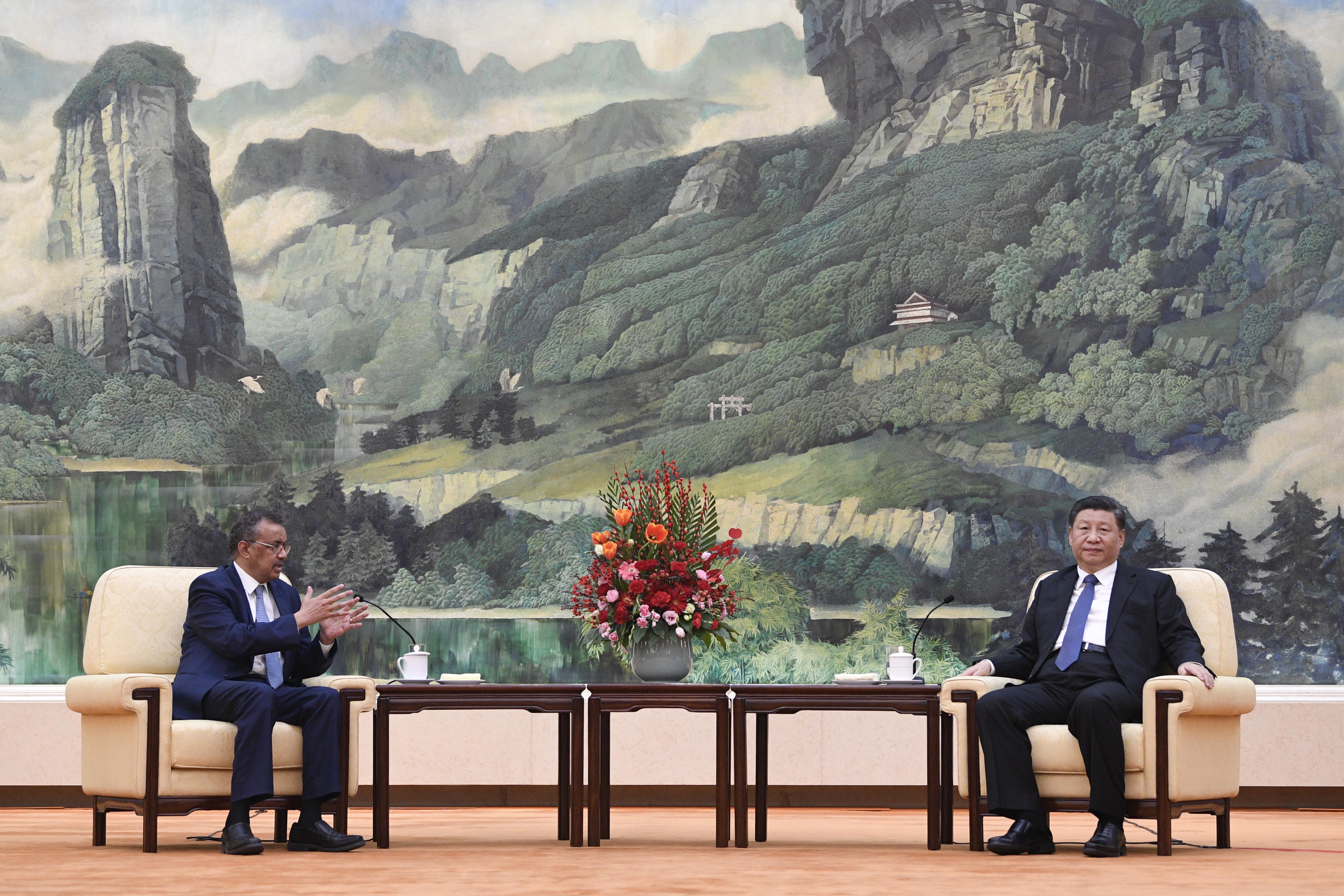 Some of the first doctors in the city to raise an alarm about the virus were reprimanded by authorities for spreading rumors. The Chinese government delayed acting on combatting the virus even coming to terms with the danger posed by the virus. (Related: The Chinese Doctor Who Warned About Coronavirus Outbreak Is Dead)

Top Chinese officials had secretly determined by Jan. 14 that they were likely facing a pandemic in Wuhan from the coronavirus, according to the Associated Press. That same day the WHO tweeted that Chinese authorities “have found no clear evidence of human-to-human transmission” of coronavirus.

Xi waited until Jan. 20 to warn the public about the outbreak, the AP reported. More than 3,000 people in China became infected with the virus during the Chinese government’s six-day delay.

“If they took action six days earlier, there would have been much fewer patients and medical facilities would have been sufficient,” University of California, Los Angeles, epidemiologist Zuo-Feng Zhang told the AP. “We might have avoided the collapse of Wuhan’s medical system.”

Approximately 5 million people were allowed to leave Wuhan without being screened for coronavirus by the time the city was locked down on Jan. 23, according to Axios.

In March, a University of South Hampton study found that the number of coronavirus cases worldwide could have been reduced by 95% had China acted three weeks earlier on the outbreak than it did.

There are over 2 million confirmed cases of coronavirus worldwide and 133,000 deaths as of Wednesday, according to Johns Hopkins University.

President Donald Trump announced Tuesday that he would be halting U.S. funding for the WHO pending a review that would examine its “role in severely mismanaging and covering up the spread of coronavirus.” (RELATED: President Trump Cuts Off Funding For World Health Organization Over COVID-19 Handling)

“Had the WHO done its job to get medical experts into China to objectively assess the situation on the ground and to call out China’s lack of transparency, the outbreak could have been contained at its source with very little death,” Trump said.

The WHO did not return a request for comment.