Democratic Georgia state Rep. Vernon Jones announced that he is stepping down from office, citing attacks and harassment from his party following his endorsement of President Donald Trump for re-election.

Jones shocked the Georgia political establishment when he became the first state-elected Democrat to endorse Trump earlier in April. While the move drew quick recognition and applause from the White House, Democratic leaders closer to home immediately disavowed him, and pledged to help unseat him from office.

The blowback from his party is too much, and he is stepping down from his post as the representative for Georgia’s 91st House District, Jones said.

“I’m sick and tired of me and my family being attacked and harassed by the Democrat Party for putting my country before my party,” Jones said in a statement released Wednesday, and first obtained by The Atlanta Journal-Constitution. 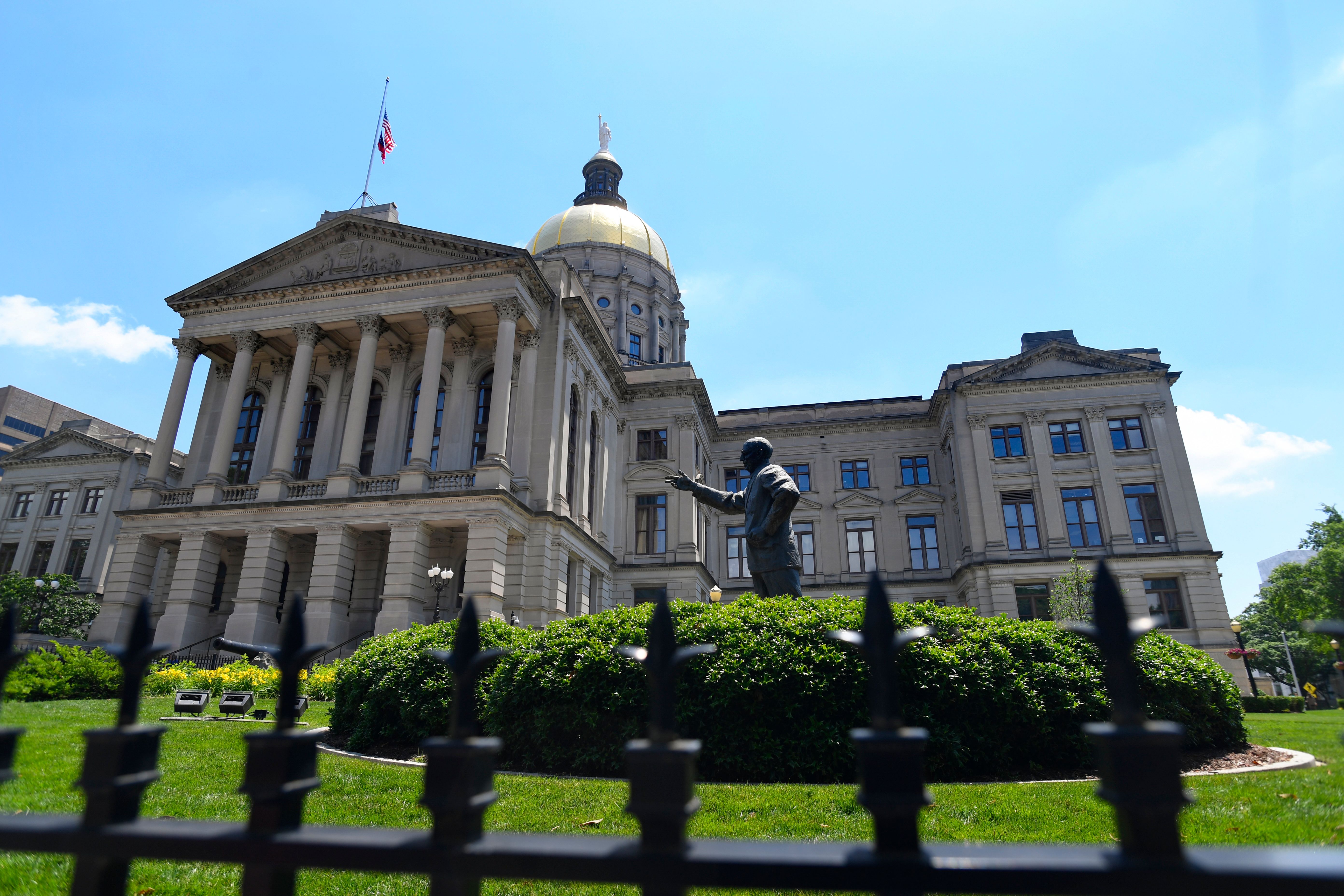 A wrought iron fence surrounds the Georgia State Capitol as a statue of former Governor, State House Representative and US Senator Richard B. Russell graces the grounds beneath the gold dome, on May 16, 2019 in Atlanta, Georgia. (Photo by John Amis / AFP) (Photo credit should read JOHN AMIS/AFP via Getty Images)

“I take pride in being an independent thinker,” Jones continued in his resignation announcement. “I intend to help the Democrat Party get rid of its bigotry against Black people that are independent and conservative.”

Jones first endorsed Trump on April 14, citing the president’s handling of the economy, support for historically black colleges and his criminal justice reform initiatives. All of these issues, he said, drew him toward Trump’s campaign.

The renegade Democrat’s endorsement was not well received by his colleagues.

“Vernon Jones is an embarrassment to the Democratic Party and does not stand for our values,” Georgia Democratic Party Chairwoman Nikema Williams said in a prepared statement. “He chose to stand with the racist president who has made an all-out assault on black Americans … during the most important election of our lifetimes.” (RELATED: CBS’s Gayle King Tells Stacey Abrams She’s ‘Extremely Qualified’ To Be Vice President)

While the state representative said he is stepping down from office, he is not leaving the Democratic Party, noting that he wishes to remain in order to “hold them accountable to how they are treating black people (and) root out the bigotry.”

“I will remain woke and vigilant in educating and fighting for my people,” Jones said.