Trump wondered during Thursday’s press briefing if a person could somehow bring “the light inside the body” after Bill Bryan, the head of Homeland Security’s science and technology division, noted that “the virus dies quickest in sunlight.”

The president asked Bryan hypotheticals, ranging from how to bring sunlight into the body to whether an “injection” of an unspecified “disinfectant” could be a cure. (RELATED: ‘Summer Respite’: White House Says Sunlight Has ‘Striking’ Effect On Killing Coronavirus)

“President Trump has repeatedly said that Americans should consult with medical doctors regarding coronavirus treatment, a point that he emphasized again during yesterday’s briefing,” McEnany said in a statement Friday to the Daily Caller. “Leave it to the media to irresponsibly take President Trump out of context and run with negative headlines.” 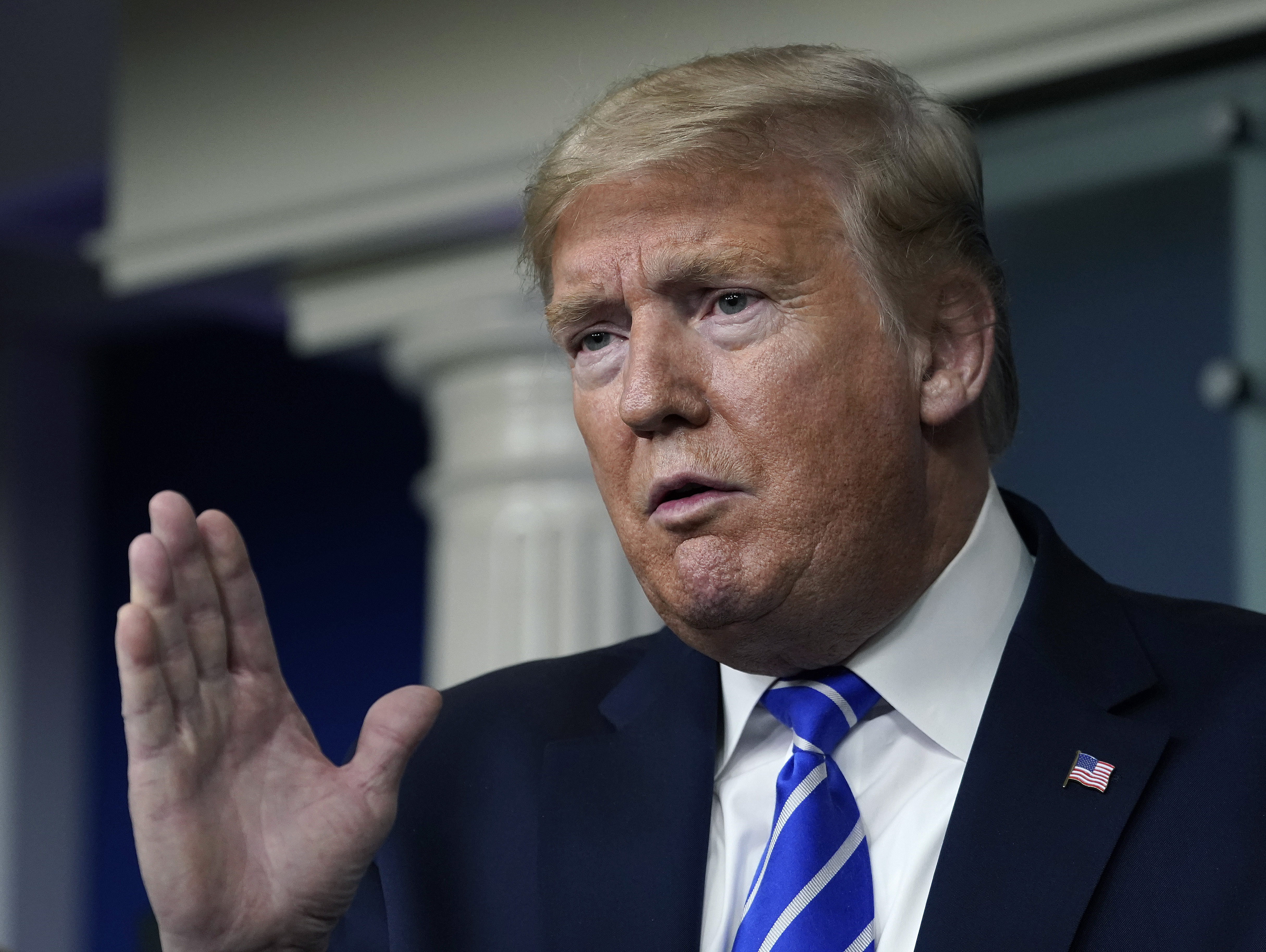 “So supposing we hit the body with a tremendous — whether it’s ultraviolet or just a very powerful light — and I think you said that hasn’t been checked because of the testing,” Trump said Thursday. “And then I said, supposing you brought the light inside the body, which you can do either through the skin or some other way, and I think you said you’re going to test that, too.”

“I see the disinfectant that knocks it out in a minute, one minute,” he continued. “And is there a way we can do something like that by injection inside or almost a cleaning? As you see, it gets in the lungs, it does a tremendous number on the lungs, so it would be interesting to check that.”

Bryan said “we don’t do that at our labs” when asked by a reporter about injecting disinfectant. Numerous doctors also urged against anyone injecting or drinking any sort of disinfectant.

Trump’s speculation caused the parent company of Lysol, a brand of cleaning and disinfecting products, to issue a warning against the use of any sort of “injection.”

“As a global leader in health and hygiene products, we must be clear that under no circumstance should our disinfectant products be administered into the human body (through injection, ingestion or any other route),” reads the statement from Reckitt Benckiser, the company that produces Lysol and Dettol. “As with all products, our disinfectant and hygiene products should only be used as intended and in line with usage guidelines. Please read the label and safety information.”