The publication updated the article, but did not admit that it may have bungled the story and did not retract its story.

“This article and headline were updated to include comment from the Bank of China and additional reporting,” Politico wrote in its updated article.

“After the first version of this article was published, the Bank of China issued a statement Friday evening stating that it sold its debt on the building weeks after the 2012 loan on the property,” Politico’s current article admits. “Vornado Realty Trust owns 70 percent of the building.” 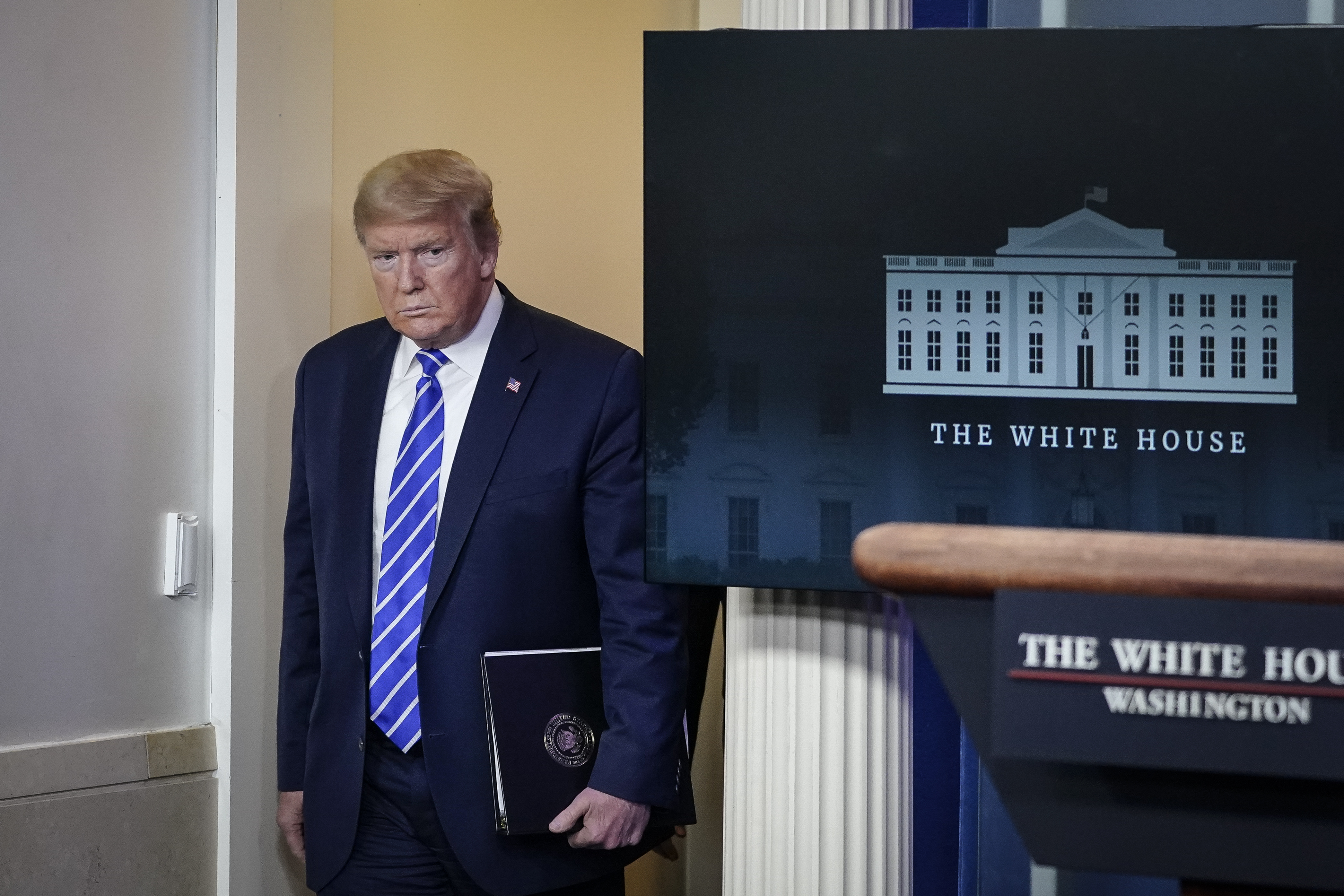 U.S. President Donald Trump arrives for the daily briefing of the coronavirus task force at the White House on April 23, 2020 in Washington, DC. (Drew Angerer/Getty Images)

Politico’s headline now reads that Trump “owed” – past tense – money to the Bank of China. It now includes an important note from the Bank of China as well. (RELATED: Trump Says China Should Face Consequences If It ‘Knowingly’ Caused Pandemic)

“‘On November 7, 2012 several financial institutions including the Bank of China participated in a commercial mortgage loan of $950 million to Vornado Realty Trust,’ said Peter Reisman, managing director and chief communications officer of Bank of China U.S.A. ‘Within 22 days, the loan was securitized and sold into the [commercial mortgage-backed securities] market, as is a common practice in the industry. Bank of China has not had any ownership interest in that loan since late November 2012,'” Politico’s article now reads.

As in, it appears Trump doesn’t owe tens of millions of dollars to Bank of China because they sold the loan in 2012.

Former Vice President Joe Biden’s presidential campaign director of rapid response pushed the article before it was determined to be fake news. Still, Politico did not retract the article.

The article still tries to connect Trump’s response to the novel coronavirus.

“The Trump campaign has steadily increased its focus on trying to portray Biden as weak on China amid rising voter disapproval of China, the source of the coronavirus pandemic,” according to Politico.

Politico stood by the report in a statement to the Daily Caller.

“POLITICO reported that the Trump Organization is a party to a loan that includes the Bank of China,” a Politico spokesperson said. “This was based on multiple publicly available documents, including a 2017 filing with the city of New York that remains current through 2022. The loan and the Bank of China’s participation in the financing of the property at 1290 Avenue of the Americas is part of the public record.”

“After publication, the Bank of China’s NY-based PR representative called, stating that the Bank had sold that debt shortly after the 2012 deal. We included their on-the-record statement—that focused on this specific loan—in full.  We also noted that the Bank of China described the 2017 public filing as a ‘technical error.’ It did not agree to provide documentation to support their assertion it has no ‘ownership interest’ in ‘that loan’ or any other loan. The updated article and headline reflected this new reporting, and the changes were prominently flagged atop the article.”

“Finance experts have told POLITICO that the documents provided to us were complex and didn’t necessarily reveal who currently holds that debt, including the Bank of China. The 2017 filing with the city of New York still lists them as a creditor. POLITICO will continue to report on this story.”