As the coronavirus pandemic continues to kill thousands a day and bring the global economy to its knees, the origins of the virus are still being investigated and debated.

A recent Fox News report said that the virus came from a lab in the Chinese province of Wuhan, contradicting earlier reports that it originated in one of China’s infamously unsanitary wet markets.

The Wall Street Journal reported last month that coronavirus “Patient Zero” may have been Wei Guixian, a 57-year-old seafood merchant who felt like she was coming down with a cold on Dec. 10, and found herself unconscious in a hospital just eight days later.

From there, the situation spiraled as the number of cases climbed. Wuhan doctor Li Wenliang attempted to sound the alarms in late December, but was threatened and admonished by China’s totalitarian government. The government forced Wienlang to write a self-criticism letter, where he said that his decision to blow the whistle had a “negative impact” on China’s ability to investigate and control the virus. Wienlang himself succumbed to the virus in early February at the age of 34. (RELATED: China Lifts Lockdown Restrictions On Wuhan After 76 Days)

Patients who recovered from the COVID-19 coronavirus wear protective clothing as they line up to be tested again at a hospital in Wuhan, in China’s central Hubei province on March 14, 2020. (STR/AFP via Getty Images)

Chinese Communist Party Dictator Xi Jinping ordered Wuhan to get things under control on Jan. 7, and locked down the city on Jan. 23. During that time period, China was covering up the extent of the virus, with the help of the World Health Organization (WHO). Millions of people were still allowed to leave the country in January, and Dr. Anthony Fauci later said the devastating outbreak in Italy occurred largely as a result of Chinese tourists. President Donald Trump banned travel to the U.S. from China at the end of January, but over 40,000 people have arrived from there since then, taking advantage of exceptions. Experts have suggested that 95% of the outbreak could have been avoided if China had not attempted to cover up the virus.

The WHO wrote on Jan. 14 that ” based on the available information there is no clear evidence of human-to-human transmission,” which turned out to be gravely wrong, and severely tarnished the organization’s credibility. Later analysis found deep ties between the WHO’s leadership and China, leading President Donald Trump to suspend U.S. funding for the organization. China has relied on organizations like the WHO to provide cover for its campaign of censorship and disinformation. (RELATED: WHO Official Says She Suspected Human-To-Human COVID-19 Transmission ‘Right From The Start’ — But The WHO Echoed Misleading Chinese Claims To The Contrary For Weeks)

As the official coronavirus death toll in the U.S. nears 40,000, China continues to report less than 5,000 deaths. U.S. intelligence later confirmed that China has been under-reporting its numbers. Even as the effects of the virus became evident, the Chinese Communist Party continued to go to great lengths to cover it up. China announced in mid March that they were expelling U.S. journalists from the Wall Street Journal, New York Times, and The Washington Post. The regime previously expelled three Wall Street Journal reporters from the country in February. Despite the communist country’s repeated missteps, China has not taken responsibility or demonstrated any remorse for the havoc the virus has wreaked on the world. Chinese government officials have continued to underreport their numbers, and have promoted conspiracy theories that the U.S. Army injected the virus into China. 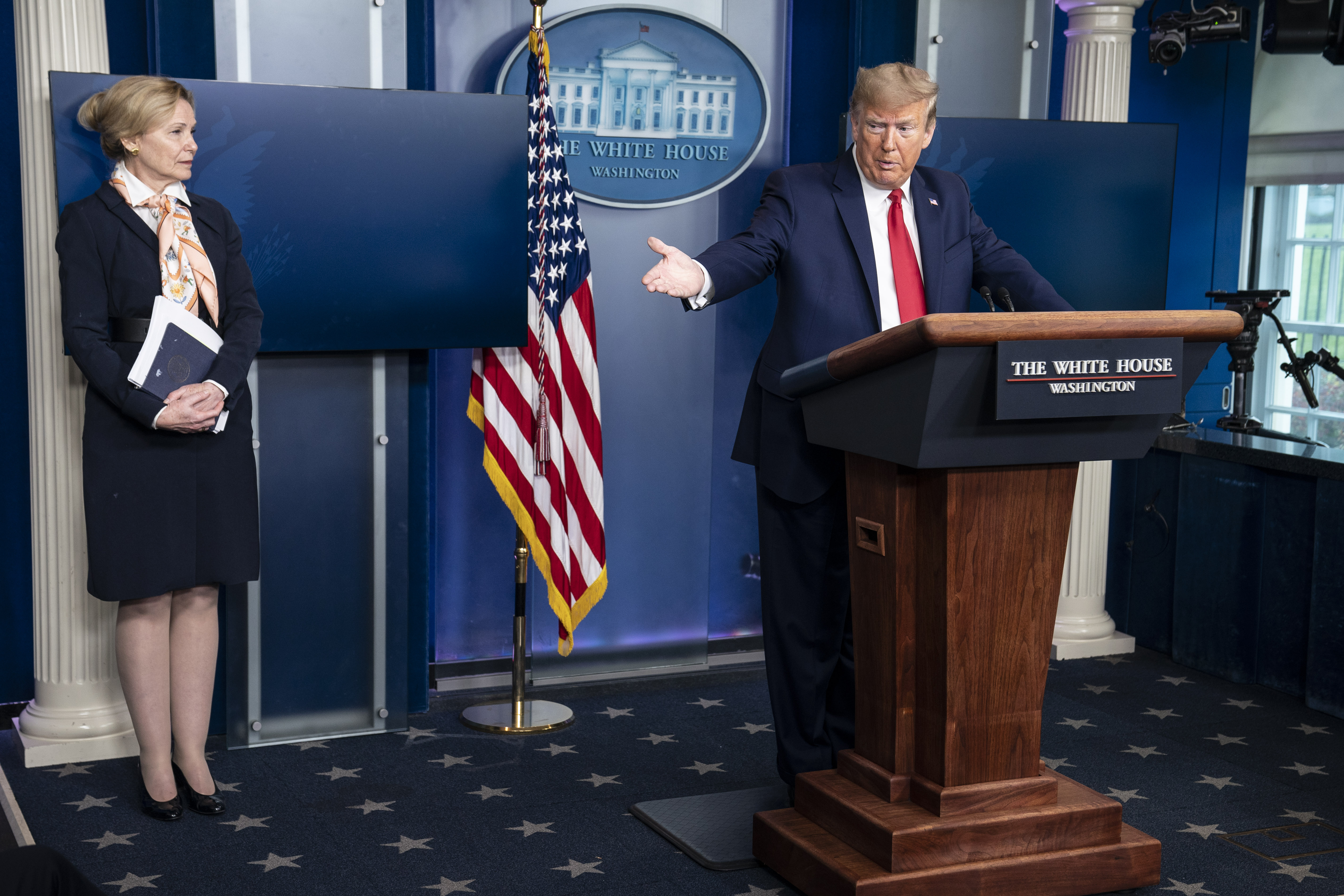 The coronavirus spread and China’s attempts to cover it up have thrown the future of their relationship with the U.S. into doubt. President Donald Trump has stated that China will face consequences if it is proven that they knowingly covered up the virus, while members of Congress have vowed to make China pay. The future of the U.S.-China relationship will also play a significant role in the upcoming presidential campaign. Trump and presumptive Democratic nominee Joe Biden have already run advertisements accusing the other of being weak on China. Republicans have highlighted Biden’s family ties to China, as well as his past praise for the communist regime. A Pro-Trump Super PAC recently labeled the former vice president as “Beijing Biden,” in a campaign commercial being run in the crucial swing states of Wisconsin, Michigan and Pennsylvania. (RELATED: FLASHBACK: Joe Biden: ‘China Is Not Our Problem’)

China hawks have spent years warning about the communist nation’s deception, which has now been exposed for the whole world to see. While the origins of the virus and the extent of China’s cover-up are not yet known, there seems to be a consensus that they must be held accountable for the damage inflicted upon the world.