The White House is prioritizing employer liability protections in the next piece of coronavirus stimulus legislation, and Senate Majority Leader Mitch McConnell is now signaling he has an ace up his sleeve toward achieving that end.

McConnell said Wednesday that he is now “open to discussing” the idea of providing more direct aid to states in the package, as requested by numerous state governors and Democratic leadership, as long as the legislation also includes the aforementioned employer protections.

McConnell previously said he saw “no good reason” to include direct state funding in any coronavirus stimulus, yet aides to the Senate Majority Leader explained to Daily Caller his latest statement is not a flip. 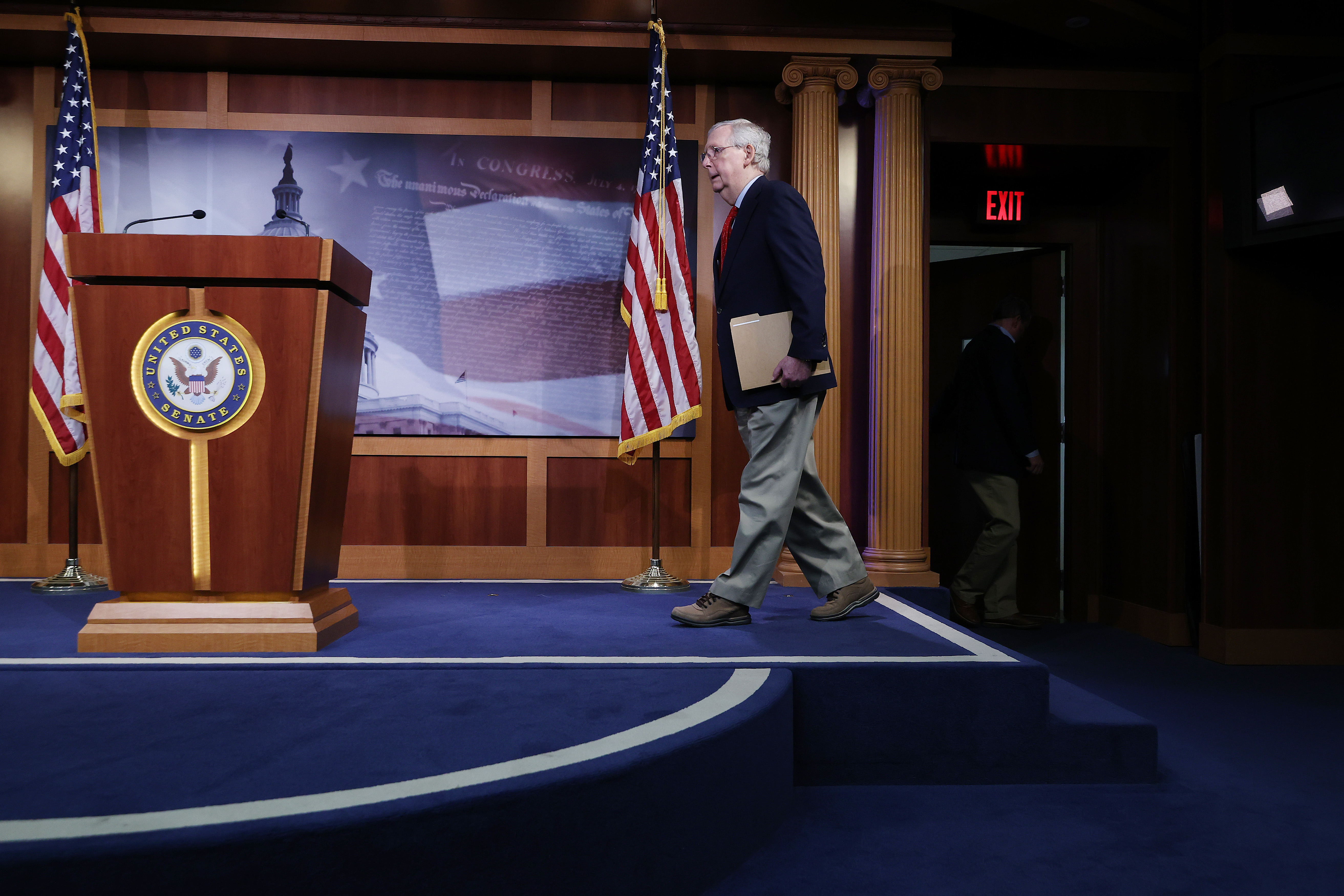 The Kentucky Republican was not previously prioritizing state funding, they clarified, yet he is now willing to cut a deal to placate Democrats’ stated nonstarter for Phase 4: a proposed $500 billion in funding for the states hit hardest by coronavirus.

A second GOP source added that though he didn’t like the idea of bailing out states, the action is necessary to “avoid a lawsuit pandemic as the economy begins to re-open.”

Special Assistant to the president Judd Deere stressed to Daily Caller Wednesday that any aid directed toward states should not be viewed as “bailing out anyone.”

“As President Trump has said,” he continued, “We are going to continue to take bold, aggressive action to help those most impacted by this unforeseen enemy so that we emerge from this challenge stronger and with a prosperous and growing economy.”

The president himself has also stated the need to protect employers in critical industries. (RELATED: House Cancels Plan To Return Next Week One Day After Making Announcement)

On Tuesday, he signed an executive order through the Defense Production Act that would keep all meat packing facilities open to safeguard the nation’s food supply chain. (RELATED: How Exactly Is The Trump Administration Addressing Food Shortage Concerns During Coronavirus Pandemic?)

National Economic Council Director Larry Kudlow said Friday that “some of it can be done through executive order or regulatory changes,” like Trump’s Tuesday order on meat processing plants. Still, other senior White House aides maintained to Daily Caller that a full blanket of employer protections is realistically only attainable through Phase 4.