National Economic Council Director Larry Kudlow said Friday that employers should not be held liable for employees or customers contracting coronavirus at their businesses, assuming the White House’s reopening guidelines are properly being followed.

“Whether it’s a retail store, pharmacy, restaurants certainly. They have rules,” Kudlow said Friday at the White House about the guidelines President Donald Trump issued to state governors on how to responsibly reopen businesses. “My point is, if, if a restaurant is found guilty of gross negligence that’s different, but if they’re practicing the rules and regs and guides, as they should be, and, regrettably, someone, a customer or employee gets the infection or is infected by the virus, I don’t think there should be a lawsuit.” 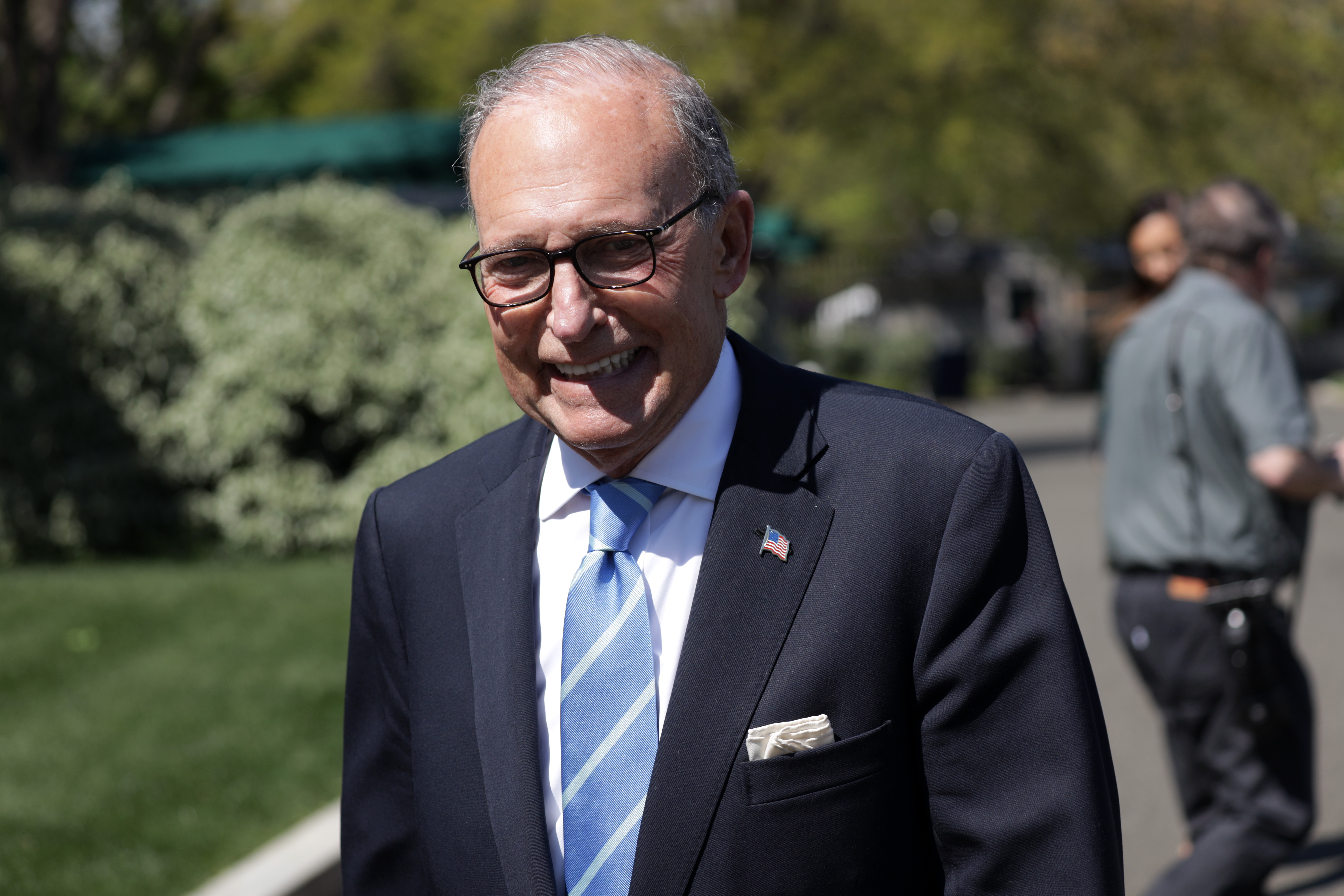 Director of National Economic Council Larry Kudlow walks towards the West Wing of the White House after giving TV interviews on April 09, 2020 in Washington, DC. (Photo by Alex Wong/Getty Images)

Kudlow clarified that it’s “different” if businesses are guilty of “gross negligence,” but he argued that punishing businesses for following the guidelines isn’t practical. (RELATED: ‘Too Soon’: Trump Criticizes Republican Georgia Gov. Brian Kemp For Reopening State Too Quickly)

The Daily Caller first broached the idea of how to protect businesses bringing employees back to work from coronavirus-related lawsuits, and Kudlow signaled the administration could potentially address employer liability concerns through a range of tools.

“Some of it can be done through executive order or regulatory changes, some might require legislation,” he explained Friday. “We’re looking at it right now, looking at all the options.”

Still, White House officials are not sure how exactly employer protections will materialize. Multiple senior White House officials did not respond to the Daily Caller’s inquiries on the topic. One senior aide told the Daily Caller that while discussions regarding employer protections have taken place internally, the subject has not been raised during negotiations with congressional leaders.

Aides to Republican Utah Sen. Mike Lee, a member of Trump’s congressional reopening task force, told the Daily Caller that protections would have to take the form of new legislation, with the Phase 4 push being the likeliest candidate to be signed into law.

Republican Florida Sen. Marco Rubio’s office told the Caller that “it’s conceivable that it could be something that’s part of a Phase 4 package,” before adding that any legislation “balanced public health requirements and took into account what each state was doing in terms of opening up the economy.”

Republican South Carolina Sen. Tim Scott suggested, alternatively, that the government look at how employer liability cases were handled following the September 11 terror attacks back in 2001.

“You’ve got liability exposures bringing your employees back and bringing your customers in,” he said during an event with Axios. “That’s a liability issue that I’m not sure how we meet that need — 9/11 may be one of the places that we go for that conversation.” 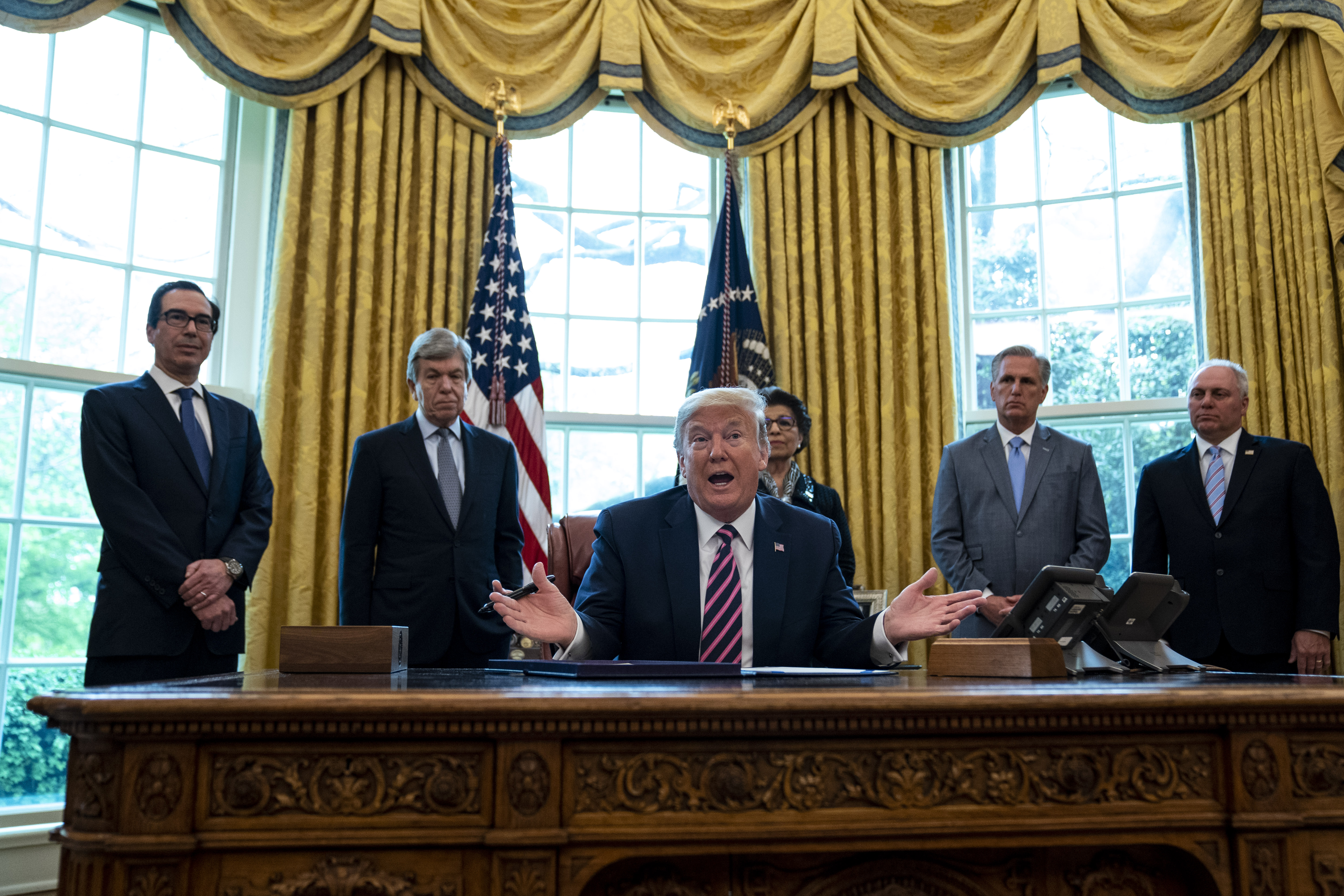 U.S. President Donald Trump participates in a signing ceremony for H.R.266, the Paycheck Protection Program and Health Care Enhancement Act, with members of his administration and Republican lawmakers in the Oval Office of the White House in Washington DC on April 24th, 2020. (Photo by Anna Moneymaker/The New York Times/POOL/Getty Images)

If employer protections aren’t passed in a separate piece of legislation, they could be thrown on the back burner for days if not weeks, as Republican leadership has cautioned against immediately launching into another round of spending negotiations.

Both the president and Democratic leadership have stated a desire to quickly pass Phase 4. Trump and the White House want that bill to include a trillion-dollar infrastructure push. House Speaker Nancy Pelosi and Senate Minority Leader Chuck Schumer adamantly called for it to include direct relief for states, an item flatly rejected by Senate Majority Leader Mitch McConnell in recent days.

Trump signed the latest round of coronavirus legislation, a refueling of the Small Business Administration’s Payment Protection Program, into law Friday afternoon. The legislation includes more than $310 billion in new funding for PPP, $60 billion reserved for the Economic Injury Disaster Loan program (EIDL), $75 billion in relief for hospitals, and $25 billion to expand coronavirus testing.