Californians coming down with cabin fever during their state’s stay-at-home orders aren’t letting closed beaches stop them from enjoying a weekend on the lake.

Lake Havasu, located on the Arizona-California border, has become congested on weekends, especially as temperatures and boredom are increasing as stay-at-home orders continue for Californians. 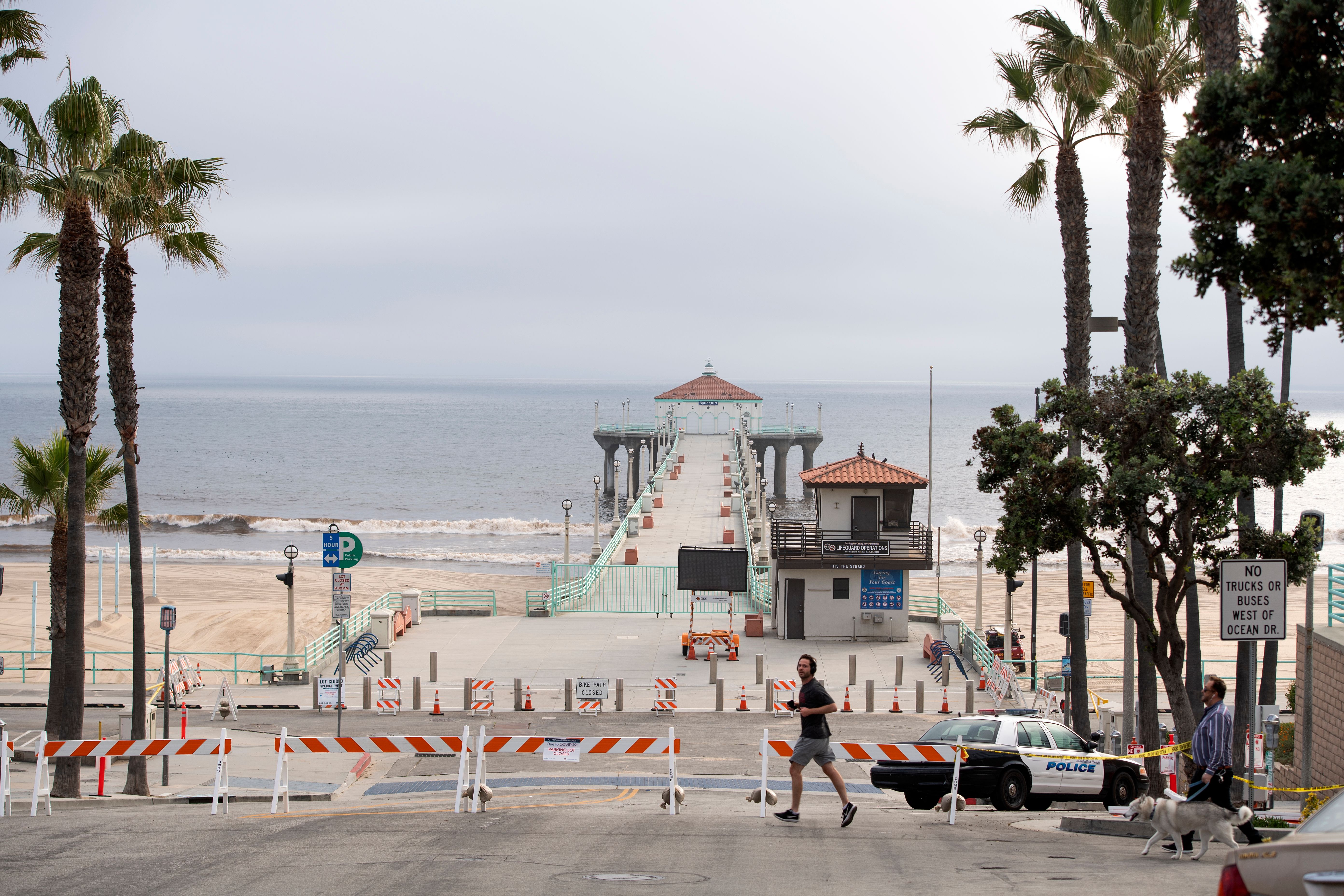 People walk by the closed pier, beach and strand amid the novel coronavirus pandemic on April 28, 2020, in Manhattan Beach, California. (Photo by VALERIE MACON/AFP via Getty Images)

Los Angeles County’s top health director expects to be extending stay-at-home orders through July in the county, NBC Los Angeles reported Tuesday. The beaches will reopen Wednesday for limited use, although beach-goers will not be able to lay down blankets or picnic. (RELATED: ‘This Has Nothing To Do With Data’: Newport Beach Mayor Rips Gavin Newsom Over Beach Closures)

But with many California beaches closed and people becoming increasingly restless, Lake Havasu is described as reminiscent of a holiday weekend, with as many as 70 boats waiting for a single ramp and gas stations sold out of fuel and beer. Hotels have also filled up, according to the Los Angeles Times.

Locals are benefiting from the influx of tourism dollars, but they’re also concerned about the potential spread of coronavirus that the crowds could be bringing, although there hasn’t been a spike in cases as of Sunday. 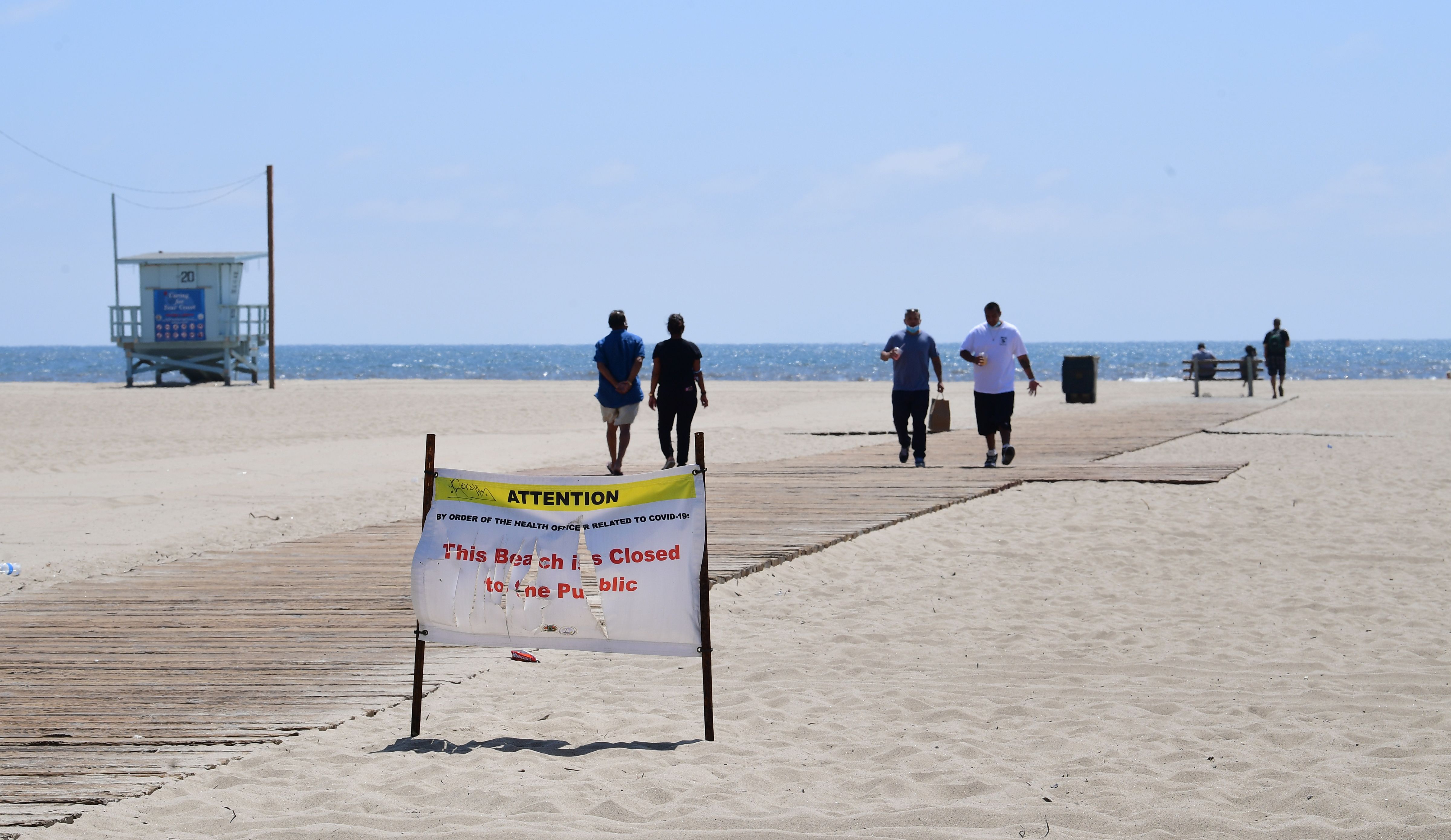 People visit Santa Monica Beach in Santa Monica, California on May 11, 2020, despite a sign mentioning beach closure due to the coronavirus pandemic.(Photo by FREDERIC J. BROWN/AFP via Getty Images)

The statement went largely unheeded, with local boat rental shops reporting a surge in business from Californians descending on Arizona’s lake during the first week of May.

Lake Havasu State Park, which is one of the lake’s most popular areas, is admitting 2,500 people for day use which is half of its usual capacity. Visitors are also given a handout reminding them of social-distancing guidelines, the Los Angeles Times reported.