The statewide lockdowns California Gov. Gavin Newsom put in place to slow the pandemic have resulted in a massive budget shortfall of $54.3 billion, he said Thursday.

Newsom’s stay-at-home orders in March forced non-essential businesses to close, prompting millions of Californians to file for unemployment. The Democratic governor’s administration is predicting that the state will hit 18% unemployment after registering a 3.9% unemployment rate at the start of 2020.

“These numbers are jaw dropping,” Newsom said in a memo addressing the shortfall. “I just hope that people are preparing themselves … for the effort that we all need to engage together to undertake to unwind that and get back on our feet.” (RELATED: REPORT: Gov. Gavin Newsom To Close All California Beaches And State Parks)

California lawmakers, in an effort to avoid cuts to state services, have been stashing away money after the economic recession in 2008 resulted in a $40-billion deficit. The state added more than 3.4 million jobs and built a strong economy during that time, which led to big budget surpluses, propelling California’s “rainy day fund” to more than $16 billion. 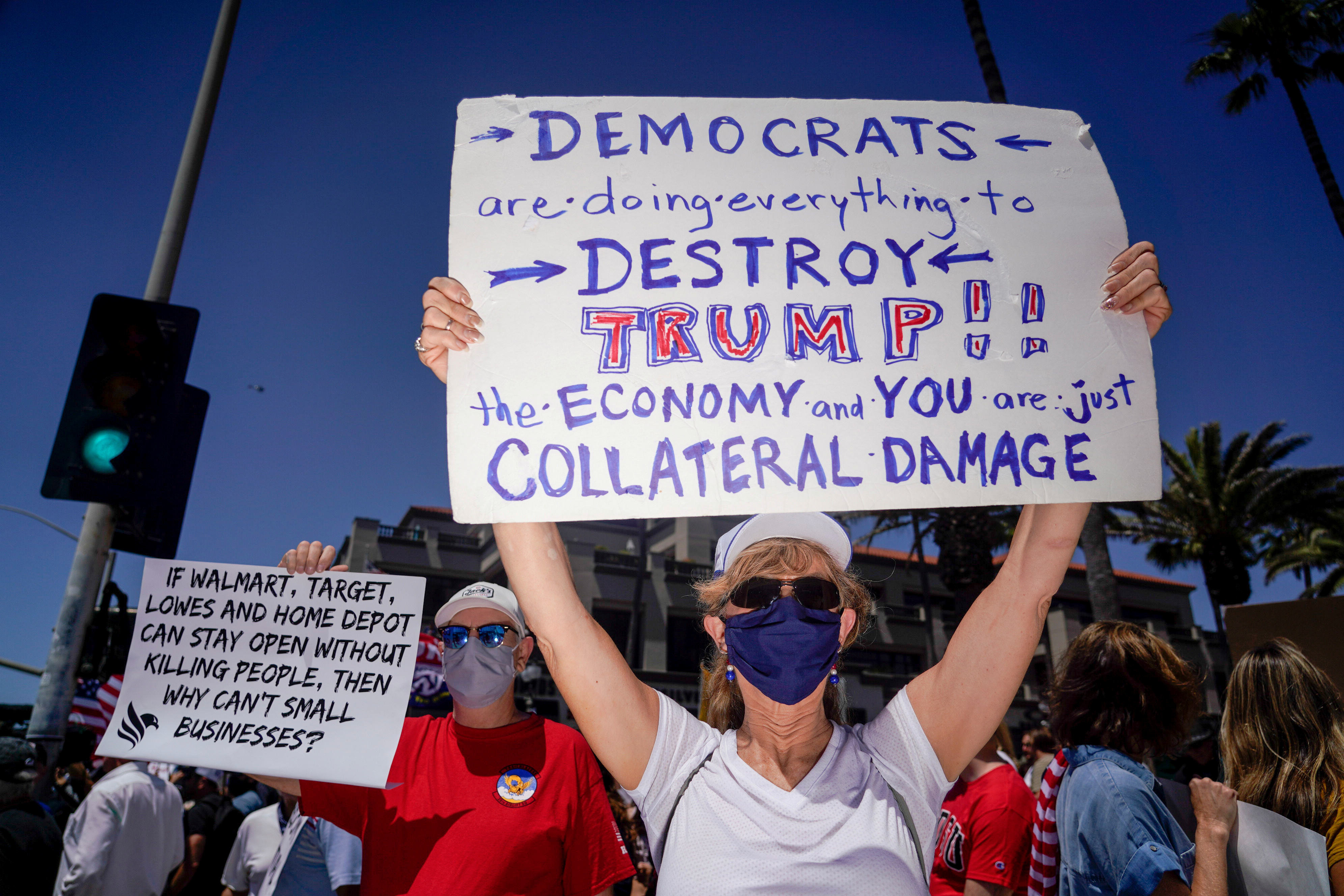 But then the coronavirus pandemic struck.

The large deficit means California’s funding level for public schools will tumble by an estimated $18.3 billion. The state also has to pay an additional $7.1 billion as a wave of unemployed and homeless residents enroll in California’s cushy social safety net programs.

Reports also show Newsom is spending money on issues that rile up conservatives.

The governor, for instance, also confirmed in April that he is working with Democrats in the state legislature on a “Disaster Relief Fund” for illegal aliens, who would reportedly receive cash payments until they are able to return to work or the state emergency proclamation has ended.

There might be a light at the end of the road as Newsom indicated Tuesday that phase 2 of his reopening plan will begin as early as Friday.

He laid out his “roadmap to recovery” over the virus during an April 14 news conference, which included a list of factors he will consider before reopening the state. The Golden State will depend on “science and public health” to guide the process, he said at the time.

Among other factors, California will have to develop widespread testing ability, not to mention the ability to care for people who are the most at risk of potentially dying from coronavirus, or COVID-19, which originated in Wuhan, China, before killing more than 70,000 people in the United States.

In addition, Newsom said he wants to see the state develop the capacity for hospitals to handle a potential surge in patients, the identification of promising treatments and therapeutics, as well as development of schools and businesses to create social distancing guidelines.