James Comey expressed concern during a Jan. 5, 2017, meeting in the Oval Office about sharing classified information related to Russia with Michael Flynn, according to an email that Susan Rice wrote to herself on her last day serving in the Obama administration.

Rice’s email, dated Jan. 20, 2017, was a summary of a meeting held with Comey, then-President Barack Obama, and Vice President Joe Biden to discuss the progress of the investigation into Russian interference in the 2016 election.

Senate Republicans have called for a declassification of the full email, portions of which were released more than two years ago.

Sen. Ron Johnson on Monday called on Richard Grenell, the acting director of national intelligence, to declassify and release the full document. Sen. Chuck Grassley, the chairman of the Senate Finance Committee, published the email on Tuesday.

In the email, Rice wrote that Comey shared concerns about Flynn’s contacts days earlier with Sergey Kislyak, the Russian ambassador to the United States. (RELATED: How The FBI Used News Hooks To Advance The Trump-Russia Probe)

Rice, who served as national security adviser, said that Comey, the former FBI director, asserted in the meeting that he would conduct the FBI’s investigation into Trump associates “by the book.”

At the time, the FBI was investigating Flynn and several other campaign advisers as possible Russian agents. 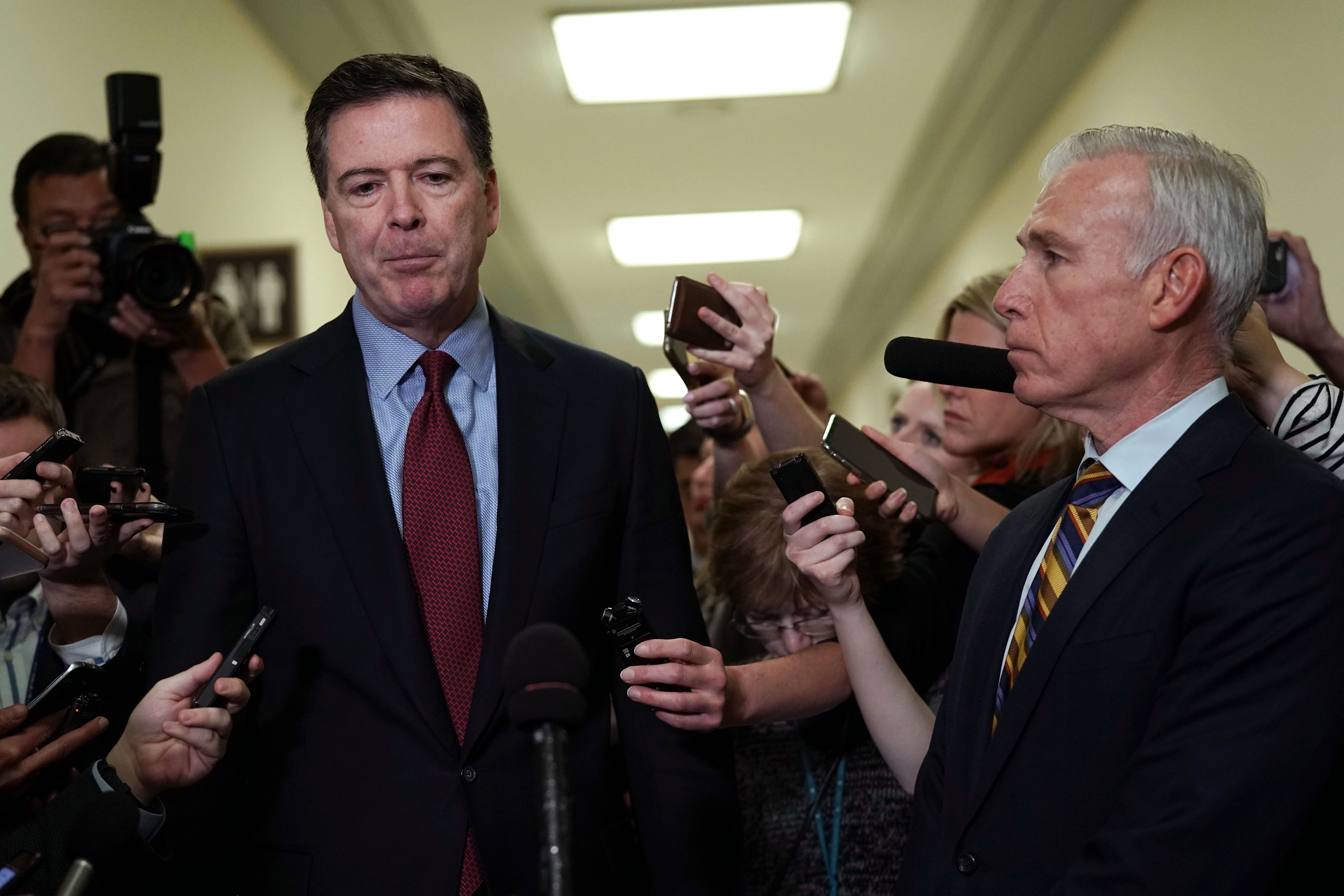 Former Federal Bureau of Investigation Director James Comey speaks to members of the media at the Rayburn House Office Building after testifying to the House Judiciary and Oversight and Government Reform committees on Capitol Hill December 07, 2018 in Washington, DC.  (Alex Wong/Getty Images)

“From a national security perspective, Comey said he does have some concerns that incoming [National Security Adviser] Flynn is speaking frequently with Russian Ambassador Kislyak,” Rice wrote in the email.

“Comey said that could be an issue as it relates to sharing sensitive information.”

Rice wrote that Obama asked Comey if the National Security Council “should not pass sensitive information related to Russia to Flynn.”

“He added that he has no indication thus far that Flynn has passed classified information to Kislyak, but he noted that ‘the level of communication is unusual.'”

A week after the meeting, a senior U.S. government official leaked to the Washington Post that Flynn had spoken by phone with Kislyak, possibly about U.S. sanctions against Russia.

Supporters of Flynn and President Donald Trump have asserted that details of Flynn’s interactions were leaked to the media so that the FBI could advance its investigation of Flynn. The source behind the Flynn-Kislyak leak has not been identified.

Andrew McCabe, who served as deputy director of the FBI under Comey, told the House Intelligence Committee on Dec. 19, 2017, that he authorized a White House interview with Flynn to discuss Kislyak because of the report in the media about their phone call.

Flynn pleaded guilty on Dec. 1, 2017, to making false statements to the FBI during a Jan. 24, 2017 interview. But the retired general has since retracted the claim of guilt, saying he did not lie to FBI agents.

The Justice Department filed a motion to drop the case against Flynn. Attorney General William Barr said on May 8 that he believed that the FBI under Comey set a “perjury trap” for Flynn.