Dr. Anthony Fauci, a member of the White House Coronavirus Task Force, says that churches should halt distributing communion and that there’s no way to safely give it, according to America Magazine.

In a May 26 interview, Fauci advises churches to use “common sense” measures to protect worshippers, which include discouraging the distribution of communion and singing.

“I think for the time being, you just gotta forestall that,” Fauci said when asked about communion. 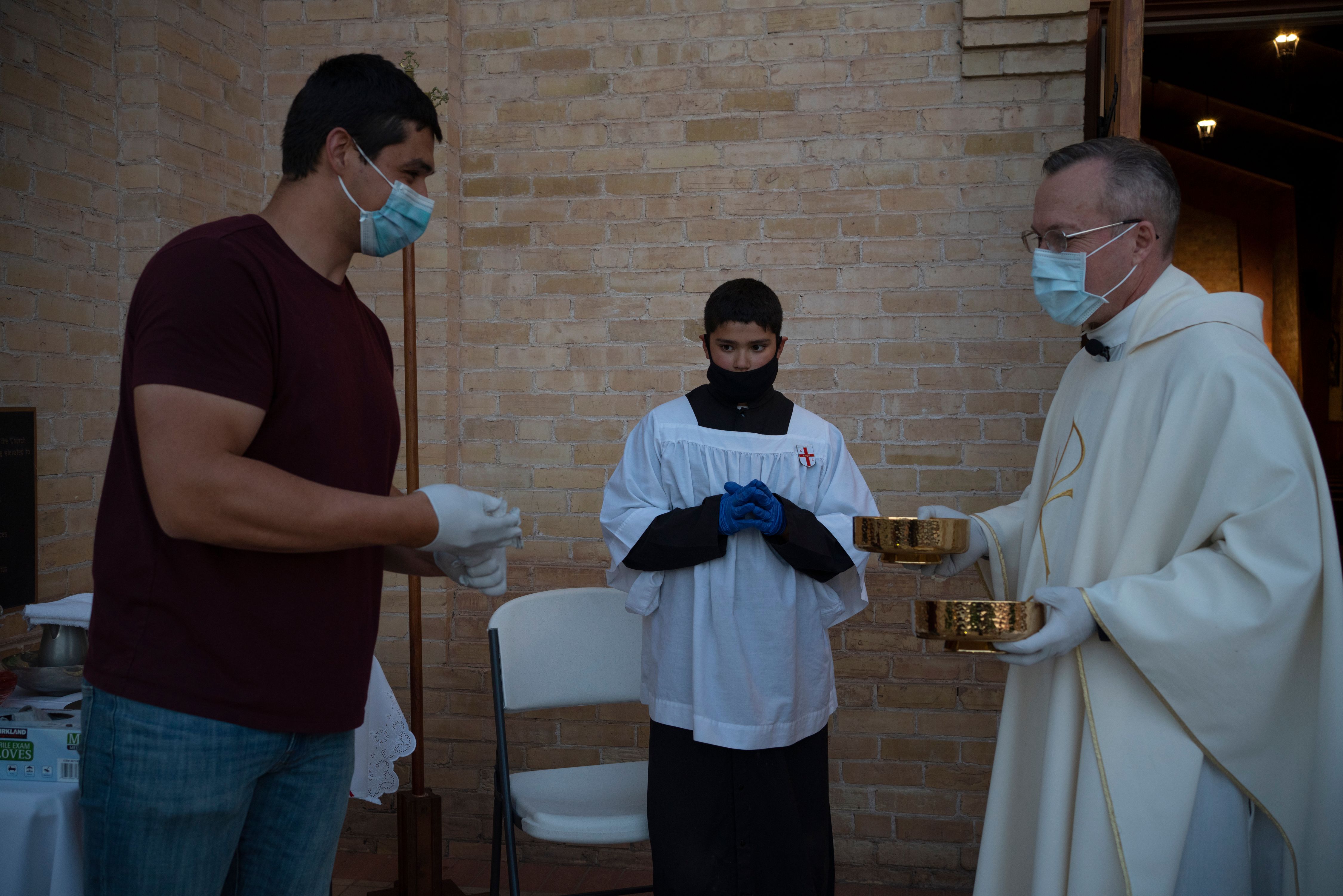 Father Christoper Williams of the Basilica of San Albino prepares communion with Eucharistic Ministers during an outdoor mass on May 2, 2020 in Mesilla, New Mexico. (Photo by PAUL RATJE/AFP via Getty Images)

“You always have to take into account what the dynamic of the outbreak is in your particular region,” Fauci said. “Having said that, when you’re dealing with a nationwide outbreak like we have right now, you’ve really got to take precautions.”

He said churches should continue to “limit the number of people, so that you don’t have people in the pews right next to each other.” He also advised churchgoers to “absolutely” wear masks, and said that there’s no way to distribute communion safely.

Additionally, singing, which causes “droplets and aerosol” to leave the mouth, should be discouraged.

Fauci is a graduate of two Jesuit schools, where he says he learned to appreciate the importance of “knowledge, facts, evidence, intellectual pursuit and intellectual honesty.” 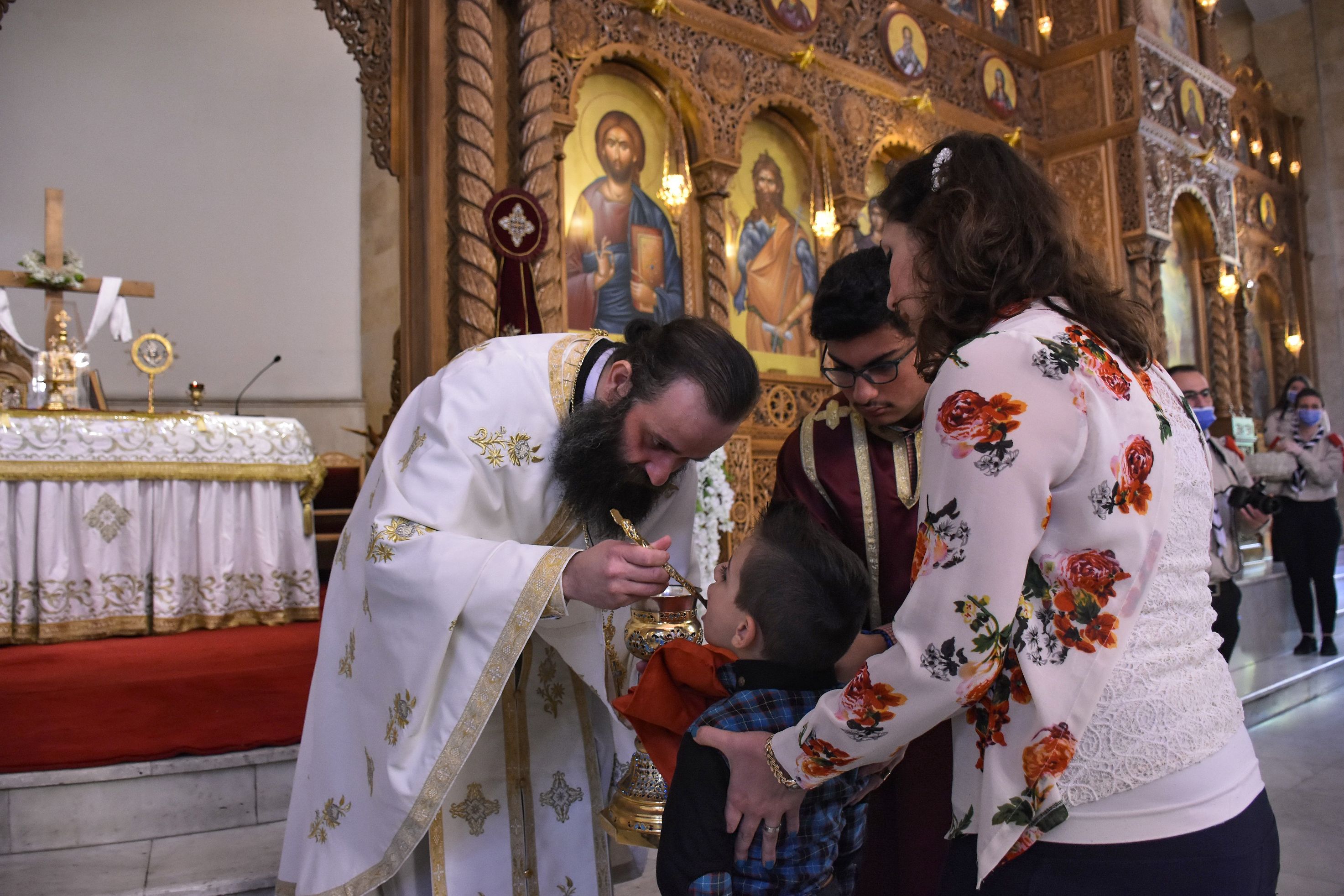 A child takes the communion from a Orthodox priest following the Sunday mass at the Saint Elias church in the nothern Syrian city of Aleppo, on May 10, 2020. (Photo by -/AFP via Getty Images)

In states where houses of worship have been allowed to reopen, many churches have enacted precautionary measures including adjusting the way communion is given and requiring priests to sanitize their hands before and after distributing communion.

The Roman Catholic Archdiocese of Los Angeles, which implemented the aforementioned guidelines, also temporarily barred the use of immersion fonts for baptisms and will be pouring holy water into smaller containers. (RELATED: California Church Asks Supreme Court To Block Newsom’s Coronavirus Restrictions)

Choirs will also be replaced by a cantor and accompanist, and people will be dismissed from Mass in groups of pews, according to NBC Los Angeles.