After California hospitals spent significant time, resources, and money to prepare for a wave of coronavirus patients that never came, they are struggling financially due to the cost of preparation.

After 195,000 healthcare workers signed up for California’s “health corps” in March to help with the predicted influx of patients from the pandemic, fewer than 0.8% ended up being hired, according to a Reuters report. Thousands of healthcare workers were laid off or furloughed.

Tammy Wright, who was laid off from her nursing job in San Diego county, said that “it’s just a shock to be let go in the middle of all this.” She has tried to find a job and applied for the Health Corps, but has struggled since there are few opportunities for work in her area, Reuters reported.

The combination of stopping all non-emergency procedures – which accounts for approximately half of revenue for the hospitals – and buying extra protective equipment, expanding intensive care unit capacity, and adding extra infrastructure ended up costing California hospitals up to $14 billion. 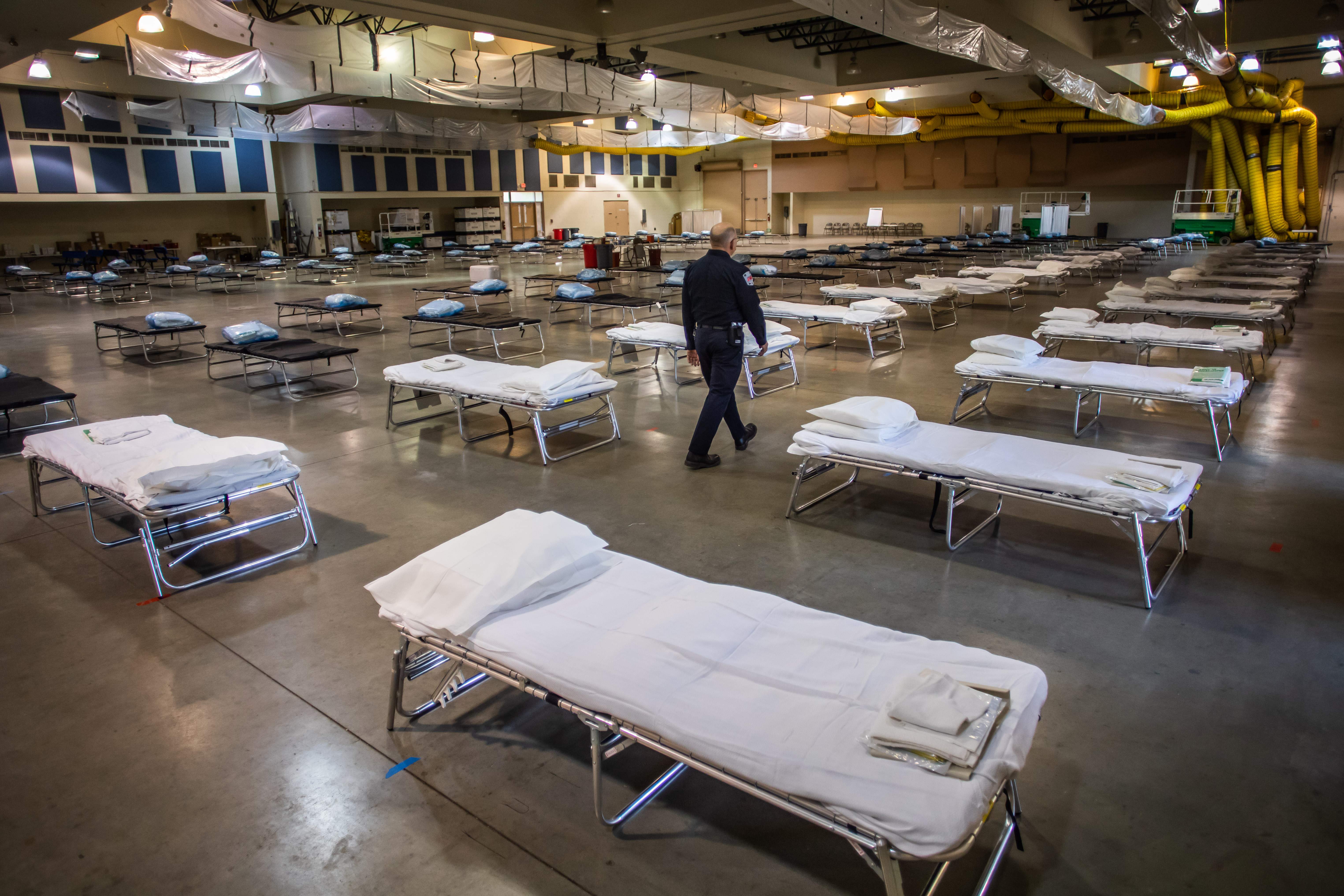 A temporary hospital which is been settled up by members of the California National Guard is seen in Indio, California on March 29, 2020. – The new field hospital with 125 beds will help ease the burden on the local hospital system amid the growing COVID-19 Coronavirus crises. (Photo by Apu Gomes/AFP via Getty Images)

The cost of preparation caused the layoffs of thousands of workers and left hospitals close to bankruptcy, according to the Reuters report.

California Hospital Association president Carmela Coyle said that “hospitals will find it difficult to survive” the financial blow. “Most hospitals’ balance sheets have been trashed,” she said. (RELATED: New Study: 42% Of Coronavirus Related Layoffs Could Be Permanent)

California hospitals were already struggling financially before the pandemic. Nearly 40% were operating at a loss, and an additional 11% were barely breaking even.

Once coronavirus preparations began, hospitals were predicting a $20 million operating surplus by June. Now, they are expecting $12 million in losses, according to Palomar Health’s CEO Diane Hansen.

CEO of nonprofit Loma Linda University Medical Center Kerry Heinrich said that Loma Linda’s hospital system lost $160 million in just two months. Their annual operating budget is $2 million. The hospitals laid off about 1,000 employees and cut the hours of others.

“Who do you look to when the second wave happens?” he asked. “You look to hospitals and we have all been deeply weakened.”