Mass lawlessness has erupted from the lawless act of an officer who should have served and protected the people of Minneapolis. Millions of Americans now watch with horror as their cities burn, their businesses are looted, and their neighborhoods explode in street violence.  The unwillingness or inability of elected leaders and law enforcement officials to stop the chaos has confirmed an unsettling reality: the institutions we have trusted to protect us from lawlessness are more willing to let the innocent suffer than to administer swift justice to the lawbreaker.

In Minneapolis, police abandoned a precinct under assault from rioters. A few days later, on the evening of Pentecost Sunday, rioters in DC set ablaze St. John’s Episcopal Church across Lafayette Square from the White House, with seemingly little interference from police. Communities across the nation have taken to self-patrol and self-protection, as they have learned not to rely on law enforcement for defense. Countless instances of beatings, arson, and looting appear to have taken place without consequence. (RELATED: DC Police Chief Says He Won’t Tolerate City Being Destroyed, Fails To Live Up To His Statement As Riots Continue)

The Fourth Estate proved itself to be yet another unreliable institution, as talking heads and reporters bent over backwards in the midst of the flames to claim that everything was “mostly peaceful.” NBC banned its staff from even using the word “riot,” for fear the term might unduly bias viewers against the thugs looting stores and beating men in the street. This delusion was so internalized that one reporter for CNN praised a “merry caravan” of “very, very peaceful” protesters in Minneapolis even while dodging a bottle thrown at him.

As much as they have howled at President Trump’s designation as “enemies of the people,” members of the mainstream media did their best to earn that appellation last week, transparently and desperately gaslighting the American people as to the origins of the situation. Whether hyping mysterious, unseen white supremacists for infiltrating protests, or credulously interviewing Susan Rice about insidious Russian agents, the theme was common: we can’t blame the people throwing rocks and Molotov cocktails, it must be someone else. 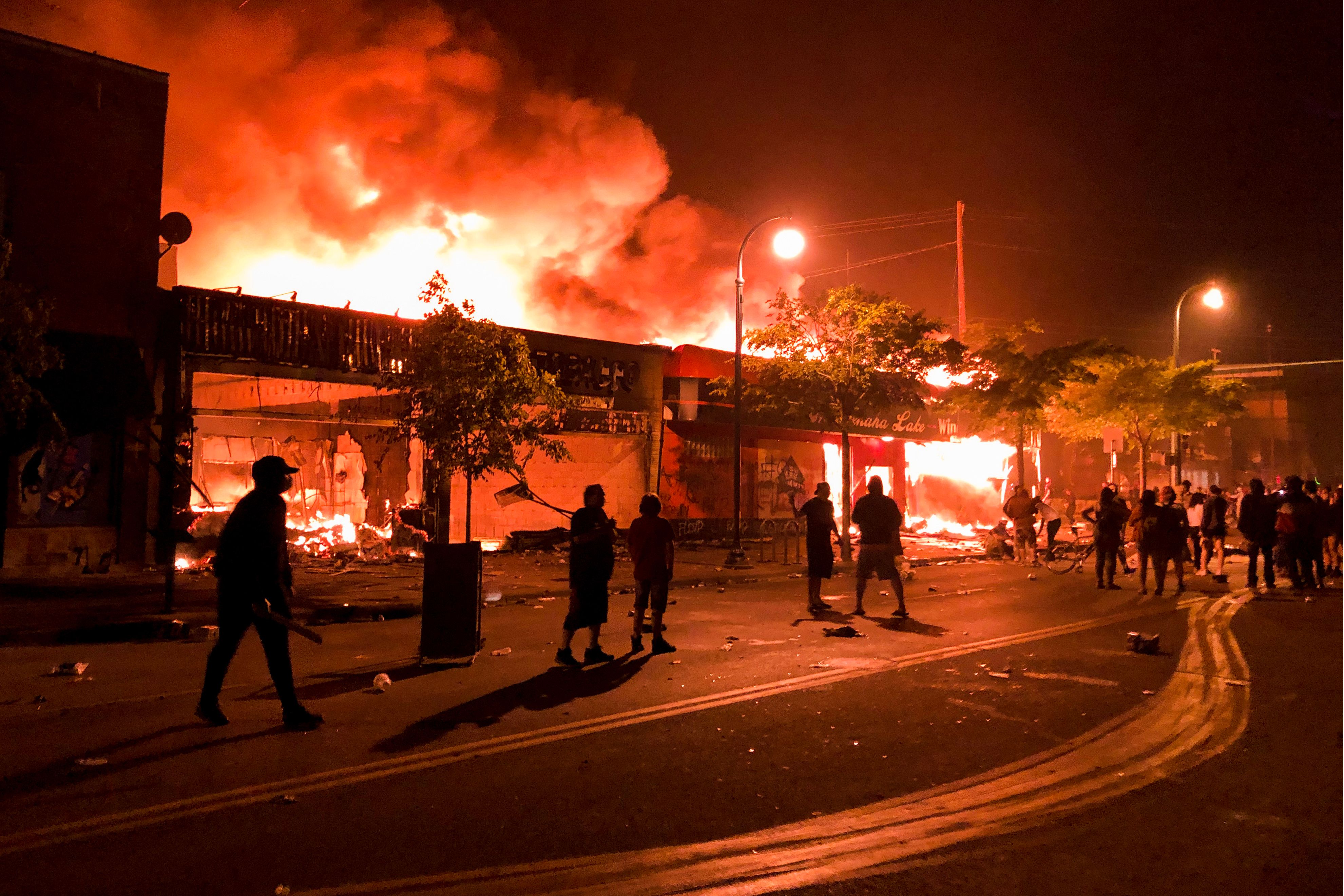 But whether the perpetrators are indeed Antifa, which President Trump wants to designate as a domestic terrorist organization, opportunistic criminals, or frenzied protesters matters little to the victims of these crimes. What matters is that criminals are running rampant, and there appears to be little political will to stop them in or before the act, and certainly not with lethal force.
Law-abiding citizens who play by the rules, pay their taxes, and don’t torch police stations rightly assume they could be shot if they attempted to burn down a church, assault a woman, or throw a brick at a cop.

For some reason, there appears to be a near-universal assumption amongst the ruling class that if enough people engage in these activities at once, it is manifestly unjust that they should stopped with force. Unfortunately, many police departments—which undoubtably wish to respond more forcefully—answer to such cretinous bureaucrats. (RELATED: White House Refuses To Address Why The Federal Government Did Not Protect The Monuments Honoring Our Nation’s Heroes From Rioters)

The message is clear to most Americans: Stay at home during lockdowns and curfews, and maybe someone will burn your car out of “righteous anger.” Join a violent mob in looting storefronts, and you’re fine.

The failure of those entrusted with enforcing our laws and protecting our society is simply the other side of the coin of police brutality: cowardice.

It was a coward hiding behind a badge who knelt on George Floyd’s neck for 9 minutes until he died, pleading for his life. And it is cowards who now give into the mob, allowing it to wreak havoc on their fellow citizens.

Billy Gribbin is the editor of American Renewal, and a former speechwriter for President Donald Trump. He is @billygribbin on Twitter.