Washington, D.C. Mayor Muriel Bowser suggested Monday that outside, professional protesters are responsible for the majority of the violence gripping the city at night.

“We’re certainly very sad and angry at the destruction that happened here,” she told NBC’s Craig Melvin. “We recognize that people are frustrated and mad, but tearing up our beautiful city is not the way to bring attention to what is a righteous cause.”

Prompted by Melvin’s comment that these sets of protests “seemed to be unusually organized,” Bowser responded that “we know that we have people that came here with tools and supplies, and they re-upped their supplies.” (RELATED: Historic St. John’s Church Set Ablaze In DC As Another Night Of Riots Engulfs Country) 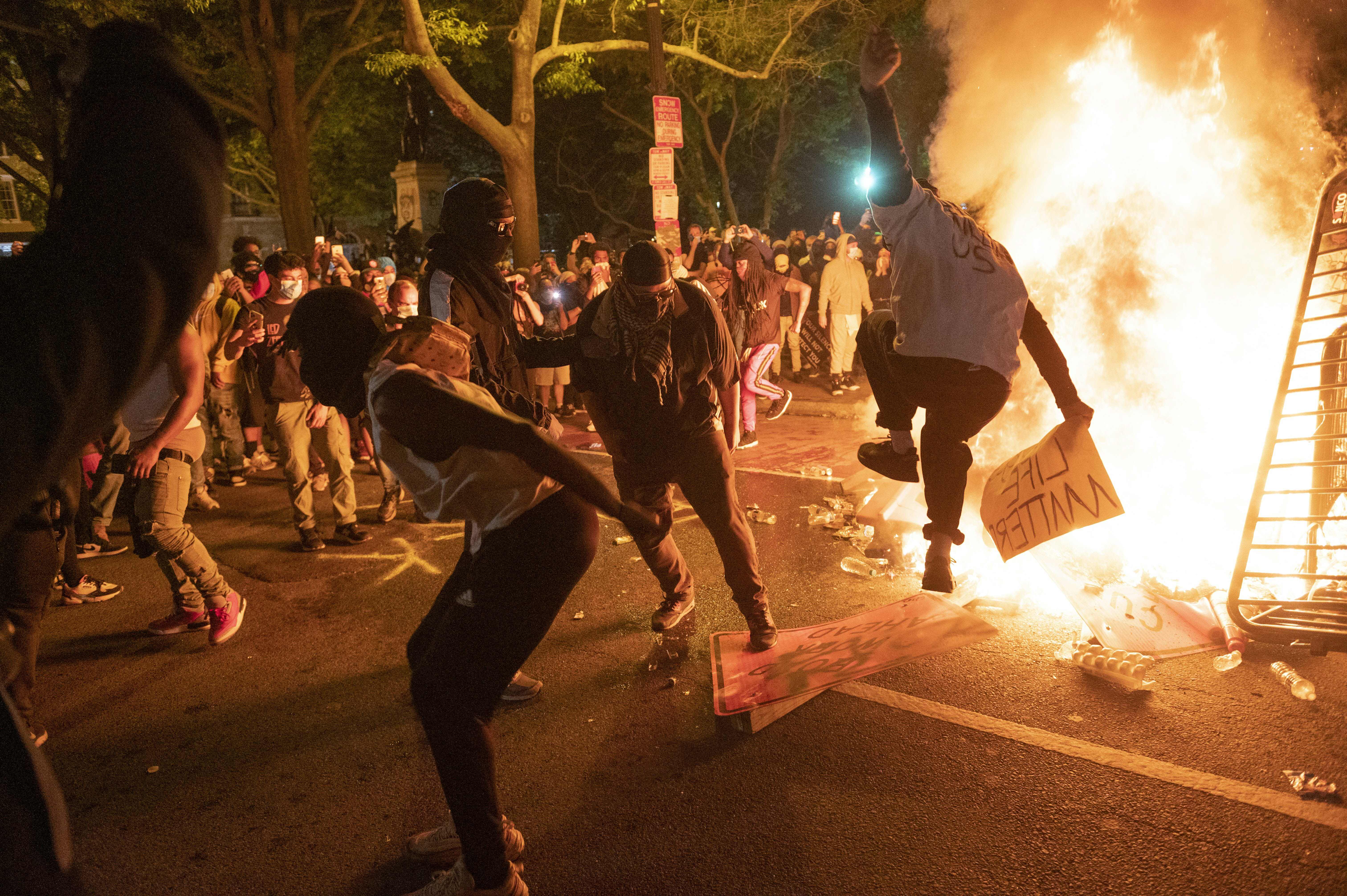 Protesters jump on a street sign near a burning barricade during a demonstration against the death of George Floyd near the White House on May 31, 2020 in Washington, DC. – Thousands of National Guard troops patrolled major US cities after five consecutive nights of protests over racism and police brutality that boiled over into arson and looting, sending shock waves through the country. The death Monday of an unarmed black man, George Floyd, at the hands of police in Minneapolis ignited this latest wave of outrage in the US over law enforcement’s repeated use of lethal force against African Americans — this one like others before captured on cellphone video. (Photo by ROBERTO SCHMIDT/AFP via Getty Images)

“So we think there was a mix of people here who do this type of protest and demonstration,” she continued. “We’ve seen some of these tactics before, so we know that they were among the groups here.”

Bowser clarified that the decision to call in the National Guard to help contain the riots that followed the mostly peaceful daytime protests was made by analyzing police intelligence.

“Our police and all of our intelligence suggested that we were seeing the same type, the same actors, and we wanted to make sure that we had every tool at our disposal to keep the city safe,” she explained. “We saw most of the people peaceably protest, we saw most of the people leave at the time of curfew, and that gave the authorities the ability to focus on the troublemakers.”

President Donald Trump and others have suggested that anarchist groups, including antifa, are using the protests surrounding the death of Minneapolis’ George Floyd as cover to sow violence in major metropolitan areas across the nation.

Trump tweeted Sunday that his administration plans to designate antifa as a “terrorist organization,” and Attorney General Bill Barr confirmed that the Justice Department will prosecute protesters who cross state lines to take part in violent demonstrations.

“Unfortunately, with the rioting that is occurring in many of our cities around the country, the voices of peaceful protests are being hijacked by violent radical elements,” Barr stated. “In many places it appears the violence is planned, organized, and driven by far left extremist groups and anarchic groups using antifa-like tactics.”