Graham asked Rosenstein: “If you knew then what you know now, would you have signed it?” Rosenstein responded, “I would not.”

Graham suggested, “The reason you would not is because Mr. [Michael] Horowitz found that exculpatory information was withheld from the court — is that correct?” Rosenstein responded, “Among other reasons.” (RELATED: Rod Rosenstein Will Testify Before Senate In Review Of Trump-Russia Probe)

“And somebody actually altered an email,” Graham continued.

The Republican South Carolina senator suggested the FISA warrant would never have been authorized without the existence of the now discredited Steele dossier that provided the basis for many of the stories of collusion between then-candidate Donald Trump and Russia.

Graham reminded the senators that the dossier had been branded “a bunch of garbage” even before it was used against Page and he has previously said that Page should “sue the hell out of” the FBI and Department of Justice.

“What kind of country is this?” Graham asked.

Rosenstein, who left the Justice Department on May 11, 2019, was a key player in establishing the investigation into whether President Donald Trump colluded with Russia during the 2016 presidential election campaign.

He appointed former FBI Director Robert Mueller as the special counsel to oversee the the investigation that eventually resulted in a report that acknowledged there had been no collusion by Trump with Russia. Rosenstein also signed the FISA warrant against former Trump campaign officer Page. (RELATED: Jim Jordan: Rosenstein, Sessions ‘Need To Be Held Accountable’) 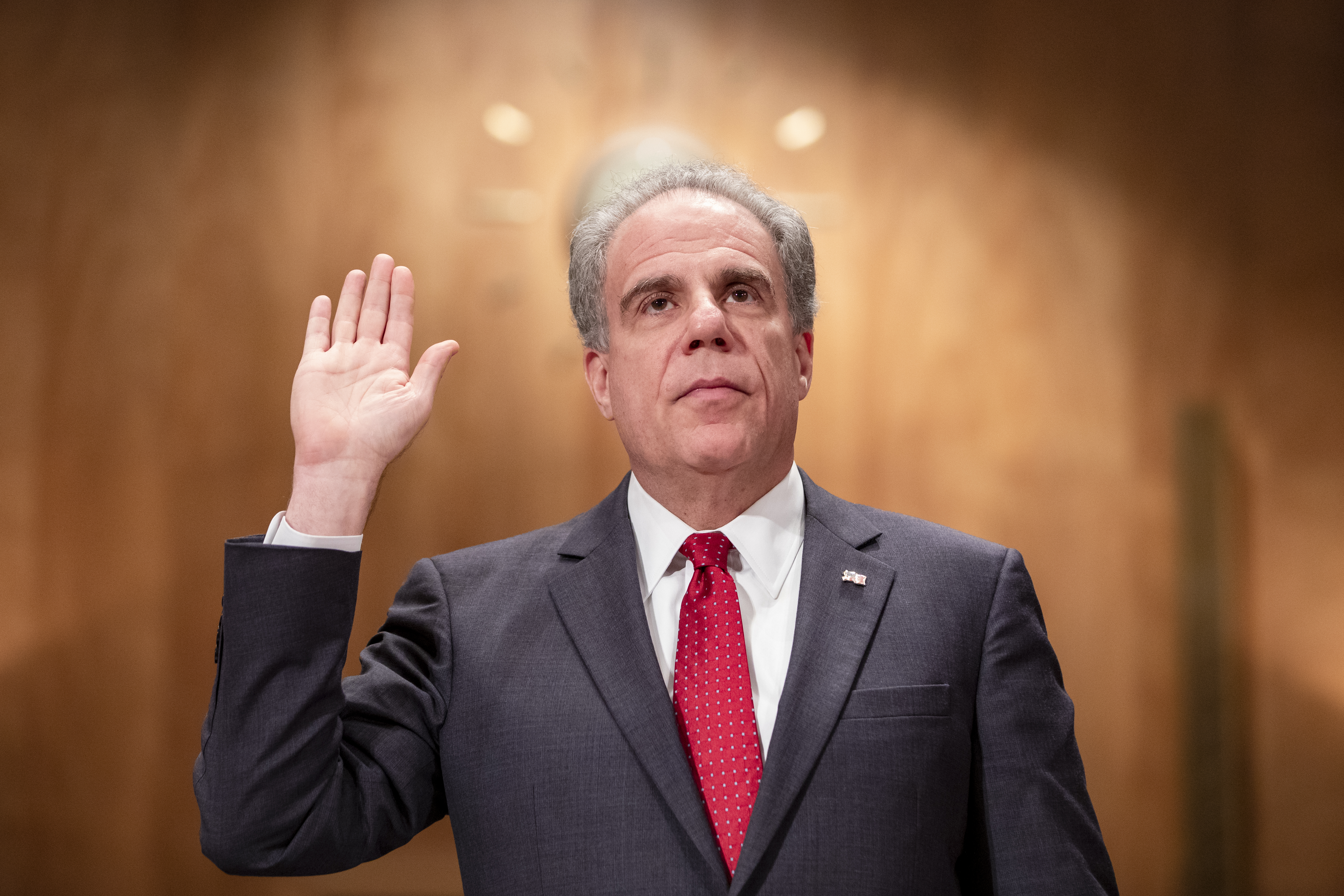 Department of Justice Inspector General Michael Horowitz is sworn in before the Senate Committee On Homeland Security And Governmental Affairs during a hearing at the US Capitol on Dec. 18, 2019 in Washington, DC. (Photo by Samuel Corum/Getty Images)

Justice Department Inspector General Michael Horowitz issued a report last December that was highly critical of the FBI’s handling of FISA warrants. Horowitz suggested the FBI should have shut down its surveillance of Page because it lacked any evidence that he was working for the Russians and called its investigation “pretty bad.”

“If you’re getting information that isn’t advancing and, in fact, potentially undercutting, your primary theme or theory, as was happening here with the Carter Page FISA, you look at the Carter Page file and say, ‘Should I keep going on this Carter Page–related matter?’”