Following the death of George Floyd after a Minneapolis police officer knelt on his neck, there have been renewed concerns about the militarization of American police.

Critics have accused officers of behaving increasingly like soldiers in a war zone, and looking like them too. Some police departments are armed with military-grade weaponry like Mine Resistant Ambush Protected (MRAP) vehicles, which were seen on the streets of Minneapolis during the violent riots in late May.

New York City Mayor Michael Bloomberg has even referred to the NYPD as “the seventh largest army in the world,” enforcing the image of militarization of police departments. (RELATED: De Blasio Announces Plan To Move Funds From NYPD Amid Calls To Defund The Police) 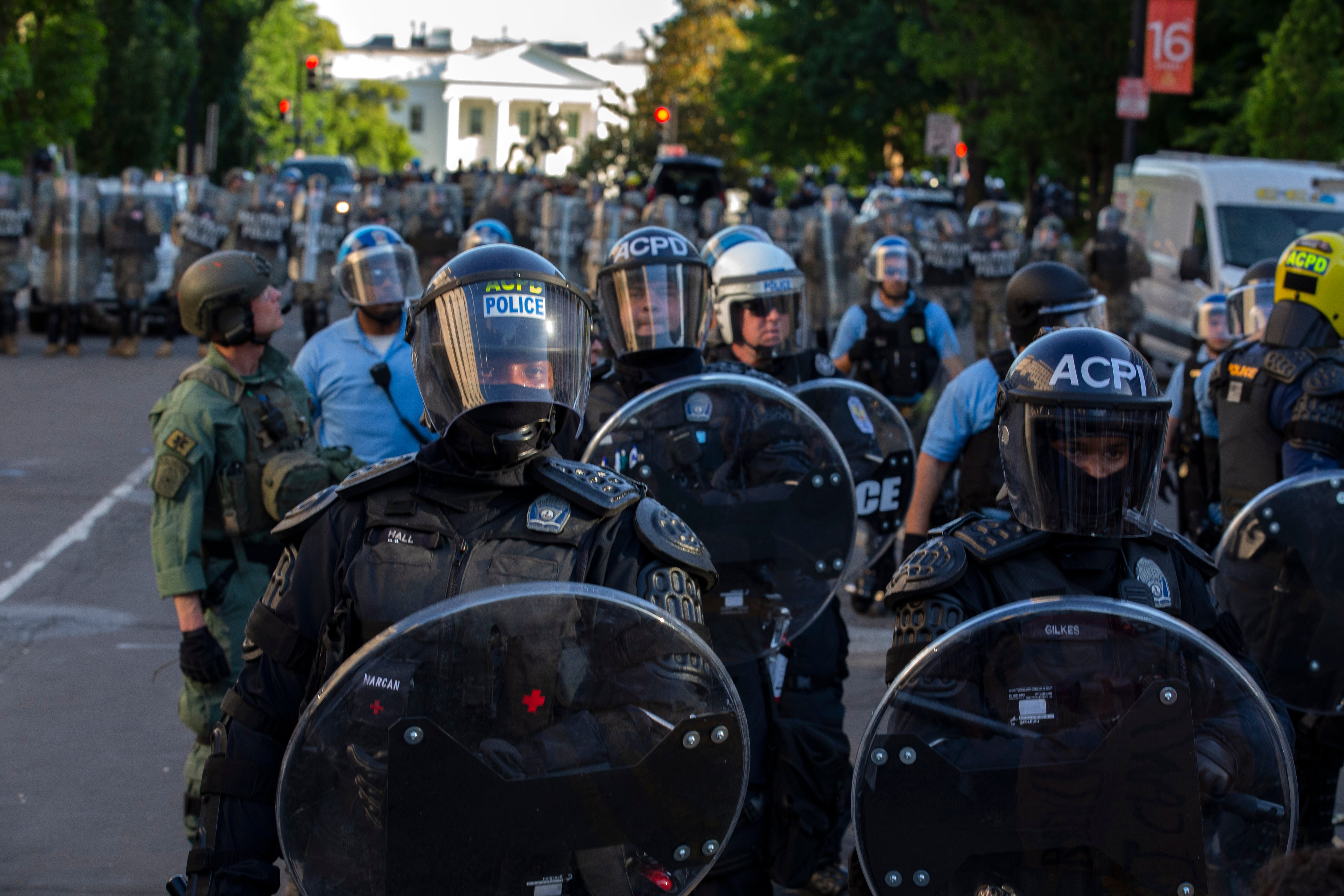 The White House is seen behind a line of police officers wearing riot gear as they push back demonstrators on June 1, 2020 in Washington D.C., during a protest over the death of George Floyd. – (Photo by JOSE LUIS MAGANA/AFP via Getty Images)

Police departments across the country have been getting hand-me-downs from the military since President Bill Clinton established the 1033 program under the National Defense Authorization Act. The program transfers surplus equipment from combat deployments to police departments, and requires law enforcement agencies to make use of the equipment, according to the New York Review of Books.

The program was an expansion of prior initiatives to relieve surplus military equipment and had an emphasis on preventing terrorism and drug trafficking.

Since 1997, the U.S. The Department of Defense has transferred more than $7.2 billion in military equipment to law enforcement agencies, allowing police to acquire it at a fraction of the cost.

Following the build up of the Afghan and Iraq wars in the early 2000s, the program spread even further. Both wars also amped up the volume and lethal nature of the equipment being distributed to police departments.

President Barack Obama restricted the program in 2015 following criticism of the police’s response to the protests in Ferguson after the killing of Michael Brown. His restrictions filtered out some of the most expensive weaponry from being transferred to police departments from war zones, including tracked armored vehicles with ballistic protection and grenade launchers. MRAPs, explosives, specialized firearms, and riot gear were still permitted. 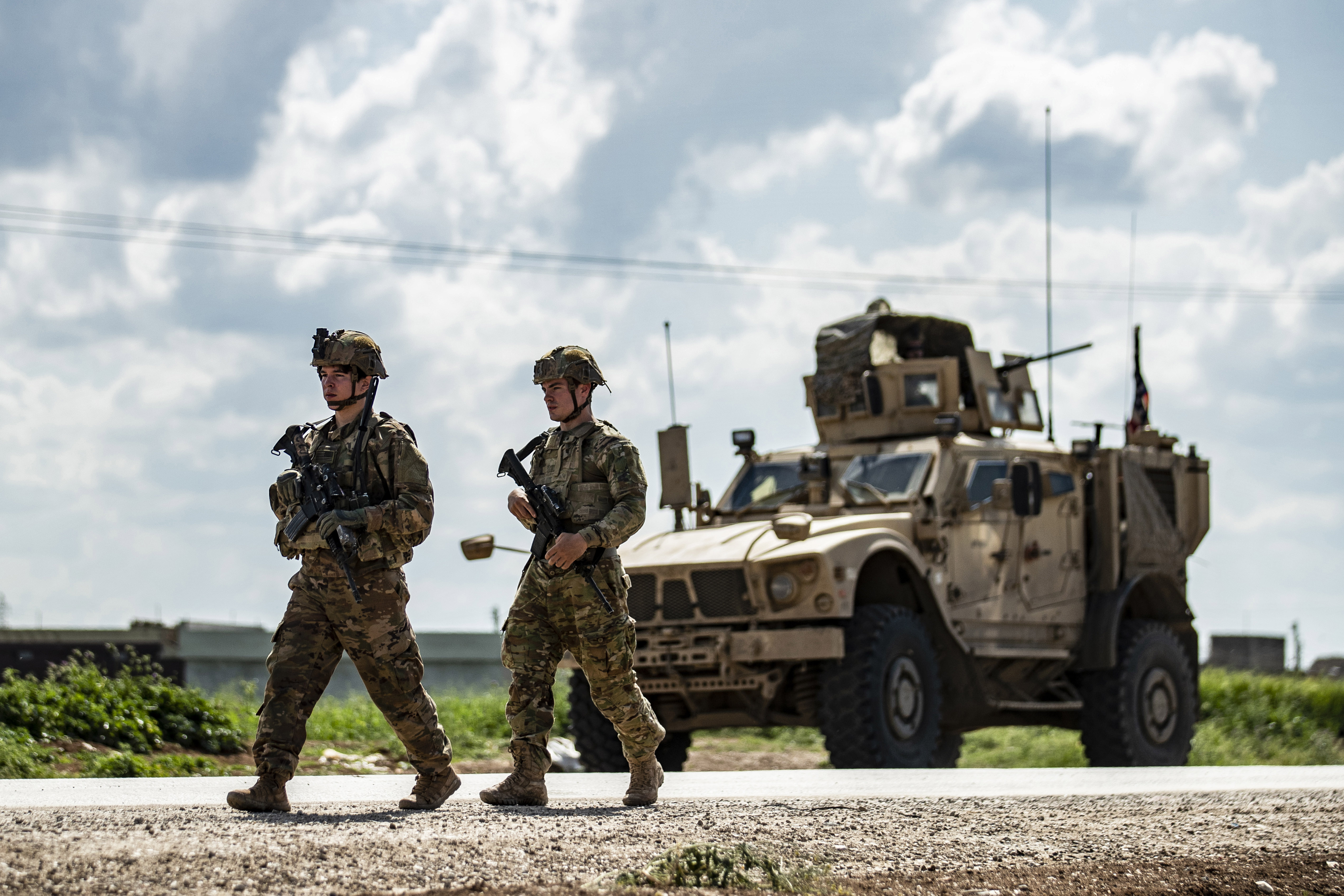 US soldiers walk along the side of a road across from a US military MRAP (Mine Resistant Ambush Protected) vehicle, near the village of Tannuriyah in the countryside east of Qamishli in Syria’s northeastern Hasakah province on May 2, 2020. (Photo by DELIL SOULEIMAN/AFP via Getty Images)

President Donald Trump, however, reversed the restrictions in 2017. Police departments across the country hold nearly $1.8 billion worth of equipment, according to the Guardian.

Preference is often given to counterdrug and counterterrorism uses when distributing the equipment, but any agency can acquire the weapons and materials and it can serve multiple functions.

For example, an MRAP vehicle was used for flood rescue assistance in Michigan in May after the vehicle was originally produced to help U.S. troops in Iraq and Afghanistan survive ambushes or roadside bombs, according to the Defense Logistics Agency (DLA).

Requisitions include everything from clothing and office supplies to vehicles and rifles, and the most requested items include cold-weather apparel, medical supplies, sleeping bags, and body armor, according to DLA.

The Milwaukee Police Department is the largest recipient of body armor through the program, requisitioning more than 250 pieces since August 2014, according to Buzzfeed.

Some research, however, shows that there’s a “positive and statistically significant relationship between 1033 transfers and fatalities from officer-involved shootings,” meaning that militarized officers are more likely to use lethal violence.

Radley Balko wrote in the  Wall Street Journal about the “Rise of the Warrior Cop” in 2013, where police “driven by martial rhetoric and the availability of military-style equipment” have “adopted a mind-set previously reserved for the battlefield.” 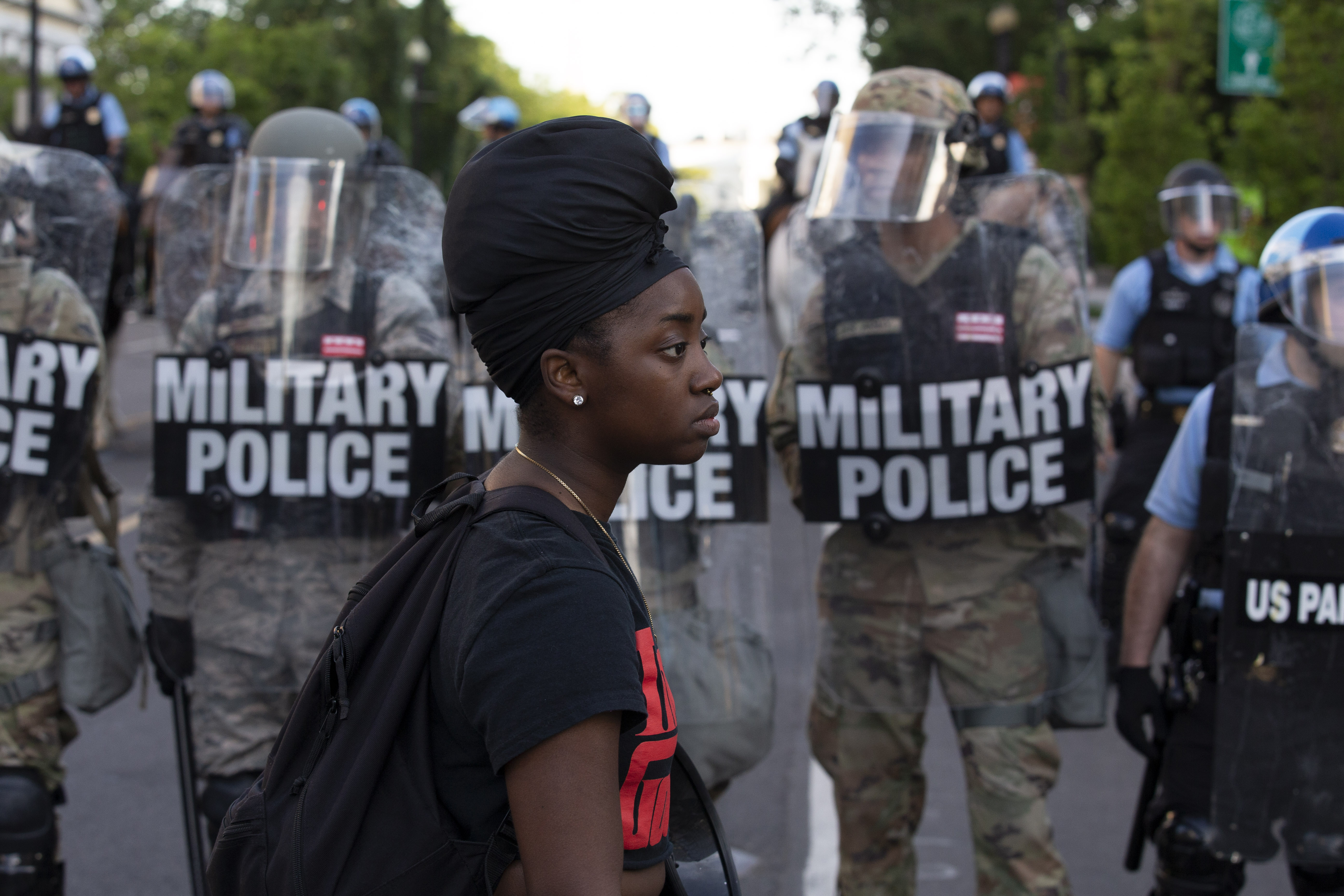 A demonstrator walks in front of a row of military police members wearing riot gear as they push back demonstrators outside of the White House, June 1, 2020 in Washington D.C., during a protest over the death of George Floyd, an unarmed black man, who died after a police officer kneeled on his neck for several minutes.(Photo by JOSE LUIS MAGANA/AFP via Getty Images)

“With all that military gear, plus the federal drug policing grants and asset forfeiture proceeds, just about anyone running a police department who wanted a SWAT team could now afford to start and fund one,” Balko wrote in his 2013 book “Rise of the Warrior Cop: The Militarization of America’s Police Forces,” according to Tech Crunch.

Researchers at the University of Tennessee found that military equipment led to increased numbers of arrests for drug possession and drug sales, a reduced number of complaints, and better protection officers in the line of duty while not increasing citizen deaths “in and of themselves,” WATE reported in 2017.

Some congressmen like Republican Kentucky Rep. Rand Paul and Democratic Hawaii Senator Brian Schatz have tried to scale back these programs, with a bipartisan bill called the Stop Militarizing Our Law Enforcement Act.

Paul has warned that the gear blurs the lines between military and police tactics.

The bill would have prohibited the federal transfer of militarized equipment to state and local law enforcement agencies while still allowing the transfer of defensive equipment like body armor, according to Paul’s website.

The bill was reintroduced in 2019 by Democratic Georgia Rep. Hank Johnson, and Paul and Schatz expressed interest in bringing forward legislation to discontinue the program following George Floyd’s death.