He asked Attorney General William Barr and the Department of Justice to launch a “full civil rights investigation” into violations of “free exercise and free speech rights of religious Americans” in a Tuesday letter.

“Under the First Amendment, state officials must not treat religious persons and groups worse than others, and they must not favor one kind of speech over another,” Hawley noted. “State officials have violated the free speech and free exercise rights of religious Americans by treating religious gatherings and speech differently than the speech and mass gatherings of protests. I urge you to launch a full civil rights investigation.”

The move came as lawmakers like New Jersey Gov. Phil Murphy refrained from telling protesters to stay home during the coronavirus pandemic. (RELATED: Northam Criminalizes Gatherings Larger Than 10, Even For Religious Services, As Part Of Coronavirus Restrictions) 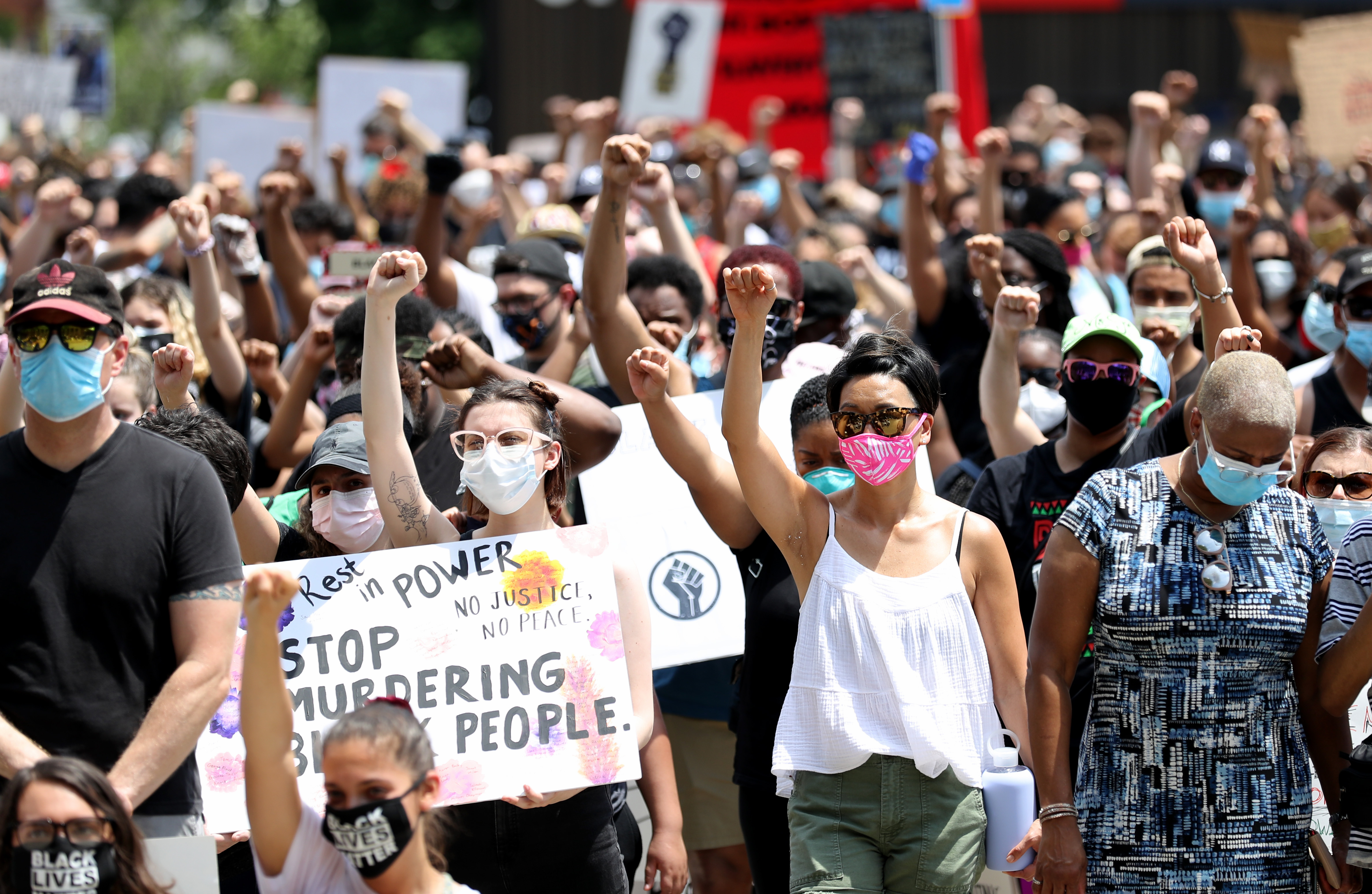 Community members observe a moment of silence that lasted 8 minutes and 46 seconds to honor George Floyd during a Black Lives Matter protest at the Municipal Building on June 06, 2020 in West Orange, New Jersey.  (Photo by Elsa/Getty Images)

“I can’t imagine what it would look like if we said to people, ‘Actually, you have to stay in. You have to ignore systemic racism — I’m sorry, just ignore it. Stay in,’” the governor said, according to Politico. Murphy has spent the past several months warning residents to avoid large gatherings. “I can’t imagine what that looks like as it relates to public safety.”

Americans have a constitutional right to peaceably protest, Hawley said, adding that “millions of people are rightly angry about the death of George Floyd, and they should be able to protest peacefully.”

But state officials must not use their support of the protests to infringe on religious freedom, he said.

“Two weeks ago, in a 5-4 decision, the Supreme Court denied relief to a California church. The decision tilted in favor of the state, the Chief Justice wrote, because of uncertainty about whether the church was being treated worse than comparable secular organizations,” Hawley said. (RELATED: SCOTUS Rejects Request From California Church To Block Worship Restrictions)

He continued: “Now, after two weeks of nationwide protests, no uncertainty remains. Many jurisdictions across the nation are imposing extraordinarily strict caps on religious gatherings — such as restricting religious gatherings to 10 or fewer people — even as those jurisdictions allow thousands of people to gather closely in protests. States cannot allow one but prohibit the other.”

The DOJ did not immediately respond to a request for comment from the Daily Caller News Foundation.