The Supreme Court rejected a request from a church to block California’s restrictions on religious services.

South Bay United Pentecostal Church of Chula Vista, California, filed a petition over Memorial Day weekend saying that Gov. Gavin Newsom’s coronavirus restrictions “arbitrarily discriminate against places of worship in violation of their right to the Free Exercise of Religion under the First Amendment of the U.S. Constitution,” according to CNN.

But the Supreme Court rejected this request Friday in a 5-4 decision, with Chief Justice John Roberts siding with liberal justices on the bench. (RELATED: Here’s How The DOJ Has Fought Against Orders Limiting Religious Services During The Pandemic)

“Although California’s guidelines place restrictions on places of worship, those restrictions appear consistent with the Free Exercise Clause of the First Amendment,” Roberts wrote, CNN reported.

Justice Brett Kavanaugh, writing in dissent of the rejection for Justices Clarence Thomas and Neil Gorsuch, said he would grant the “Church’s requested temporary injunction because California’s latest safety guidelines discriminate against places of worship and in favor of comparable secular businesses.”

“Such discrimination violates the First Amendment,” he added. 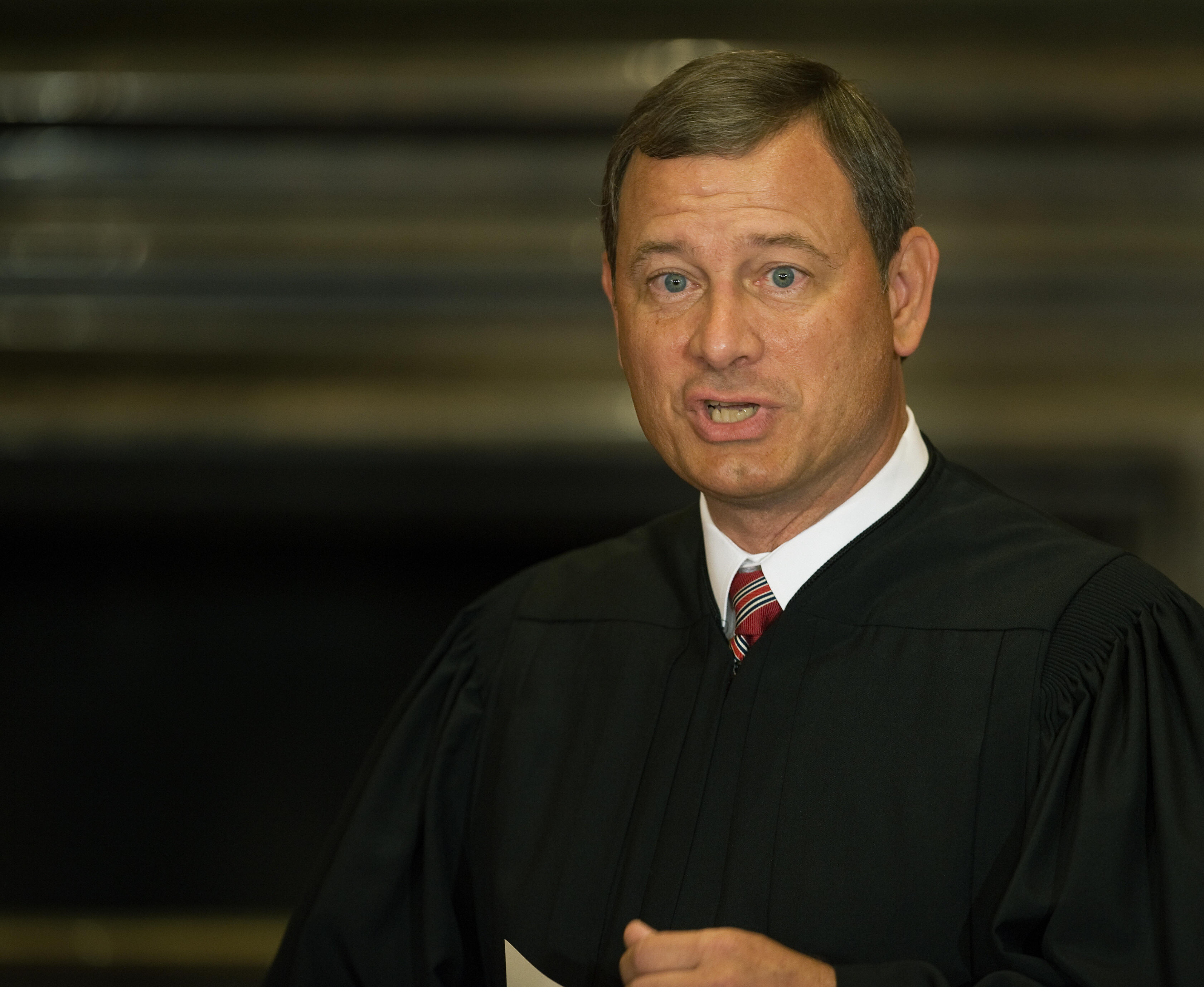 US Supreme Court by Chief Justice John G. Roberts prepares to swear in Judge Sonia Sotomayor, 55, the first Hispanic justice on the Supreme Court, in the East Conference room of the Supreme Court in Washington on August 8, 2009 as the 111th Justice. (Photo credit PAUL J. RICHARDS/AFP via Getty Images)

Newsom said Monday that churches may reopen, but that services must be limited to 100 people or 25% capacity, according to CNN. A lawyer with the Thomas More Society representing the church said it will amend the petition to reflect the updated order as the challenge moves forward. (RELATED: California’s Reopening Plan Discriminates Against Churches, DOJ Says)

Attorney Charles LiMandri, who serves as special counsel to the Thomas More Society, said the case is “far from over” in a statement provided to the Daily Caller News Foundation.

“Our next appellate brief is due in the Ninth Circuit on June 5,” he said. “If it is necessary to go back up to the U.S. Supreme Court after the Ninth Circuit rules again, we will benefit from a much more favorable standard. We are hopeful that fact would also lead to a better result for religious liberty.”