Christopher Steele has experienced a series of setbacks over the past year, as U.S. government reports have chipped away at the credibility of his infamous dossier.

But the former British spy won some reprieve on Thursday when an appellate court in Washington, D.C., ruled in his favor in a defamation lawsuit against him by the owners of a Russian bank.

A three-judge panel upheld a lower court’s decision to dismiss the lawsuit against Steele, a former MI6 officer.

Three co-owners of Alfa Bank, a Russian bank, sued Steele for defamation over a memo in the infamous dossier that accused the trio of having paid bribes to Russian President Vladimir Putin over the past two decades. (RELATED: EXCLUSIVE: Dossier Author Testified His Emails Were ‘Wiped,’ He No Longer Has Records Related To Primary Source)

A judge in the Washington, D.C., circuit court tossed out the lawsuit in August 2018, saying that the bankers were limited public figures, which made proving defamation more difficult. The judge who issued that decision did not weigh in on whether the dossier was accurate. He only said that the bankers did not provide proof that Steele knowingly falsified information that was in his dossier, or that he had reason to believe the information was inaccurate.

The appellate court judges upheld the ruling, saying in a 41-page decision that the bankers were unable to prove that Steele disseminated information about Alfa Bank with “actual malice.”

The bankers have also sued Steele in London, where he operates his firm, Orbis Business Intelligence.

Steele also said that he had “wiped” records of his communications related to the dossier in late December 2016 or early January 2017.

Steele said in that deposition that he began investigating Alfa Bank at the direction of Glenn Simpson, the founder of Fusion GPS. Simpson hired Steele in June 2016 on behalf of Perkins Coie, the law firm that represented the Clinton campaign and DNC. 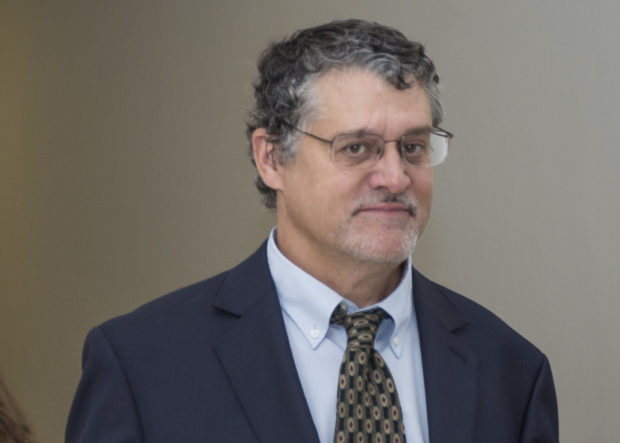 Fusion GPS Co-Founder Glenn Simpson (R) leaves after a meeting with members of the House Judiciary and Oversight Committee in the Rayburn Office Building on Capitol Hill on October 16, 2018 in Washington, DC.  (Photo by Zach Gibson/Getty Images)

According to Steele, Perkins Coie partner Michael Sussmann told him during a meeting in July 2016 of possible connections between Alfa Bank’s computer servers and those of the Trump Organization. The theory of an illicit connection between the bank and Trump Organization persisted in the media for several years, beginning with an Oct. 31, 2016, article in Slate.

Steele met with several journalists, the FBI, a Justice Department official and State Department officials prior to the election as part of an effort to disseminate the information from the dossier, which accused the Trump campaign of engaged in a “well-developed conspiracy of cooperation” with the Russian government to influence the 2016 election.

Steele also alleged that the Kremlin was blackmailing Donald Trump with a sex video of him with prostitutes in Moscow in 2013.

Though Steele won his U.S. court battle, his dossier has been tarnished by the special counsel’s report and a report from the Justice Department’s inspector general.

The special counsel found no evidence of Steele’s core dossier claim of a conspiracy between the Trump campaign and Russian government to influence the 2016 election.

The IG report also stated flat out that former Trump lawyer Michael Cohen did not visit Prague in 2016 to meet with Russian operatives. That allegation was one of the dossier’s most pointed claims of Trump-Russia collusion.

The IG report also debunked the theory of an Alfa Bank-Trump Organization connection. The report said that the FBI determined by February 2017 that there were no links between the two organizations.

The IG report dealt the dossier another blow. It disclosed that the FBI received evidence in 2017 that Russian intelligence agents might have fed disinformation to Steele.

Steele declined comment on the lawsuit decision, but an associate told the wire service that he is celebrating the victory, according to McClatchy.

“The champagne is flowing,” the associate said.