The charity that manages the finances of Black Lives Matter’s national arm will file amended tax returns with the IRS after it incorrectly reported giving $90,000 to an unrelated foundation that the national movement accused of improperly using the BLM name, a spokesman told the Daily Caller News Foundation.

The charity, Thousand Currents, which has served as the fiscal sponsor for Black Lives Matter Global Network, reported in its Form 990 for its 2017 fiscal year that it granted $28,130 to an unrelated California charity called Black Lives Matter Foundation. The following year, Thousand Currents reported granting an additional $62,000 to the foundation.

BLM Foundation was “improperly using our name,” a spokesperson for BLM Global Network told BuzzFeed News on Monday. The spokesperson added that the national group intends to “call them out and follow up.”

Adding to the confusion between the two unrelated BLM organizations, BLM Global Network identified itself as “Black Lives Matter Foundation, Inc.” in a statement posted on its website in September 2019.

The donations to BLM Foundation reported on Thousand Currents’s Form 990s were incorrect, a spokesperson for Thousand Currents told the DCNF and added that and they would be submitting amended filings to IRS to reflect that the funds were granted to local BLM chapters.

“No, grants were not made to the Black Lives Matter Foundation, and it is inaccurate to state that,” a spokesperson for Thousand Currents told the DCNF. “The [employer identification number] was listed incorrectly on the 2017 and 2018 Forms 990. Those funds were granted to Black Lives Matter local chapters in 2017 and 2018 to be used for those chapters’ mission and work in support of Black communities.”

“We are working with our accountants on correcting this minor clerical issue,” the spokesperson added.

BLM Global Network spent millions on consultants, travel and compensation for its own staff between July 2017 and June 2019, according to audited financial statements prepared by Thousand Currents, the DCNF previously reported. The organization granted $328,000 to outside organizations, which include local BLM chapters, during that same timeframe, a figure that represents about 6% of its total spending. (RELATED: National Arm Of Black Lives Matter Spent Millions On Travel And Consultants, Financial Statements Show) 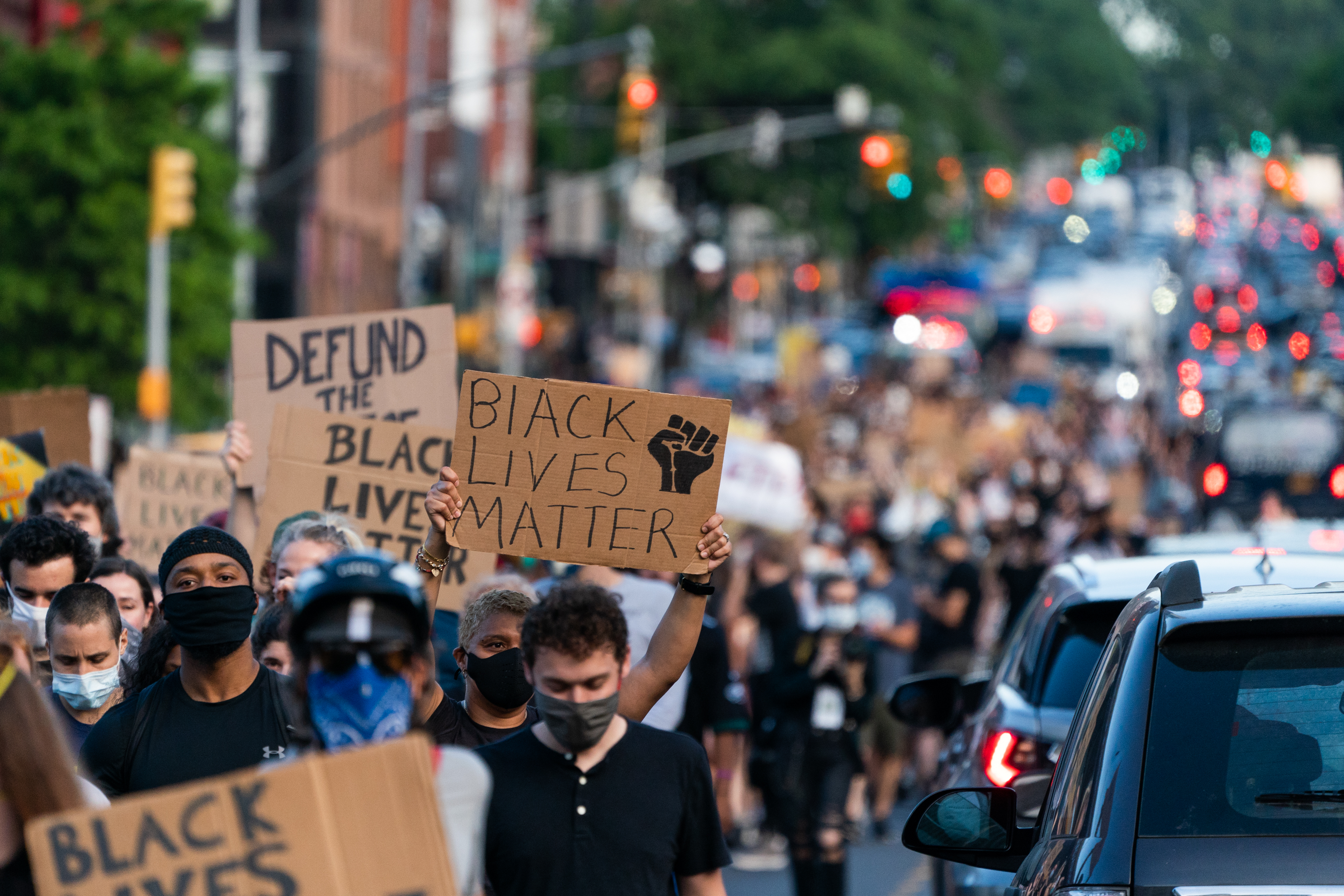 NEW YORK, NY – JUNE 19: People participate in a march in Brooklyn for both Black Lives Matter and to commemorate the 155th anniversary of Juneteenth on June 19, 2020 in New York City. (Jeenah Moon/Getty Images)

Not only does BLM Foundation share no relationship with BLM Global Network, its founder, Robert Ray Barnes, told the DCNF during a phone interview that he’s ideologically opposed to the proposals put forth by the national BLM movement, which has called for the defunding of police nationwide.

“We need to change the focus of how we deal with the police, but we need to do it coming from a more positive standpoint,” Barnes said. “We have to at some point … reach situations where we can sit down and talk.”

Barnes was bewildered that BLM Global Network accused him of improperly using his name. He noted that a lack of transparency on the part of the national organization often leads people to mail donations intended for BLM Global Network to his charity’s address in California.

“When they send a check to me that says ‘Black Lives Matter Global Network’ at my address — are they that hard to find?” Barnes said. “If you are this major organization, how could anyone mistake me for them, to send it to my address but addressed to them? That means that somehow they went and found me, but couldn’t find them, even with their own name.”

Barnes said his organization returns any donation not specifically addressed to BLM Foundation.

Barnes said BLM Foundation was founded in 2015 — nearly two years before BLM Global Network registered as a business entity in Delaware in late 2016 — and has since then been developing programs that will work to positively reform police departments.

While BLM Foundation has not formally launched any of its programs, Barnes said it has also used its charitable funds to support local churches as well as organizations such as the Peaceful Warriors Foundation, which works to celebrate the music, life and stories of U.S. military veterans.

The state of California issued a cease and desist order to BLM Foundation in December 2019 for failing to submit financial reports on time.

Barnes appealed the order in late December, according to his charity’s file with the California Department of Justice. He told the DCNF on Friday he was actively communicating with the state to file all necessary paperwork for his charity.