A statue of President Theodore Roosevelt which has stood since the 1940s will be removed from the entrance of New York City’s Museum of Natural History.

Mayor Bill de Blasio announced Sunday that, at the request of the Museum of Natural History, a statue of the 26th president on horseback with a Native American and an African American by his side would be removed, according to the New York Times. The statue stands at the entrance of the museum.

“The American Museum of Natural History has asked to remove the Theodore Roosevelt statue because it explicitly depicts Black and Indigenous people as subjugated and racially inferior,” the mayor said, as reported by the Times. “The City supports the Museum’s request. It is the right decision and the right time to remove this problematic statue.” (RELATED:8 Russiagate Investigators You May Not Have Heard Of) 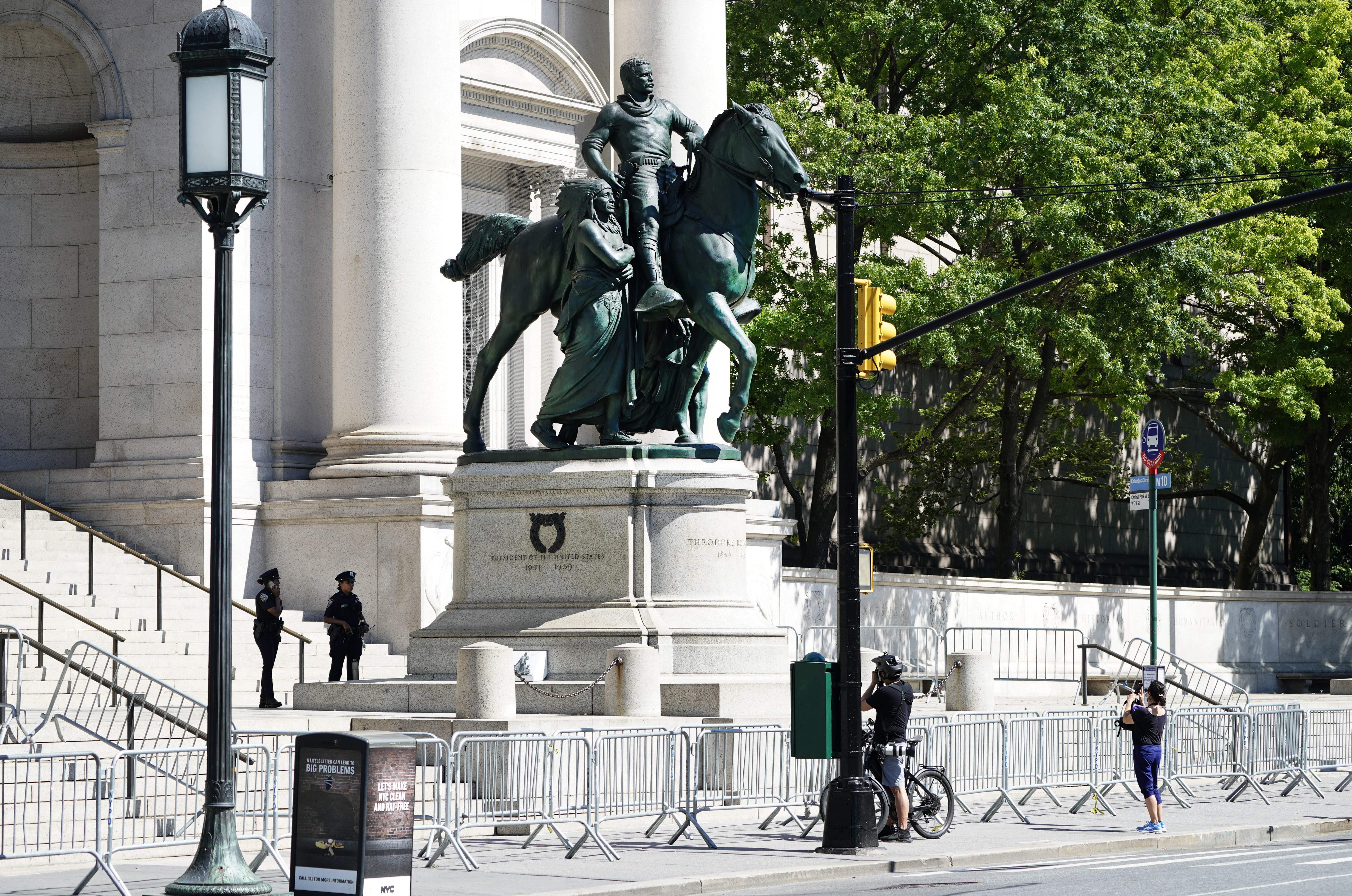 People pass by the Theodore Roosevelt Equestrian Statue, which sits on New York City public park land in front of the The American Museum of Natural History on Central Park West entrance June 22,2020. The American Museum of Natural History will remove the Theodore Roosevelt from its entrance after objections that it symbolizes colonial expansion and racial discrimination, Mayor Bill de Blasio said. (Photo by TIMOTHY A. CLARY/AFP via Getty Images)

The Museum’s president Ellen V. Futter explained their reasoning for requesting the statue’s removal, telling the Times, “Over the last few weeks, our museum community has been profoundly moved by the ever-widening movement for racial justice that has emerged after the killing of George Floyd. We have watched as the attention of the world and the country has increasingly turned to statues as powerful and hurtful symbols of systemic racism.”

“Simply put, the time has come to move it,” she added. (RELATED: Trump Details Two Specific Conversations He Had With John Bolton That Made Him Realize He Was A ‘Dumb Maniac’)

The move comes after nationwide protests over the death of George Floyd and a recent push to remove confederate statues. Recently, the city of Boston’s mayor and faith leaders have endorsed the removal of a statue that features Abraham Lincoln next to a kneeling freed African American slave.

“The world does not need statues, relics of another age, that reflect neither the values of the person they intend to honor nor the values of equality and justice,” the 26th president’s great-grandson Theodore Roosevelt IV reportedly said. “The composition of the Equestrian Statue does not reflect Theodore Roosevelt’s legacy. It is time to move the statue and move forward.”