Two women were arrested Sunday in St. Louis, Missouri during a protest where people painted ‘Black Lives Matter’ on the street outside of a police station, the Associated Press reported.

Protesters were warned that they could be pepper sprayed or arrested if they tried to paint int he street during the demonstration Sunday, according to the Associated Press. They had already painted ‘Black Lives Matter’ on the street twice over the weekend, both of which were covered up. (RELATED: EXCLUSIVE: Black Lives Matter Accused California Charity Of Improperly Using Its Name. Its Fiscal Sponsor Reported Granting $90,000 To The Alleged Imposter)

The painting was intended to resemble the Black Lives Matter mural that was painted on the street in Washington, D.C. 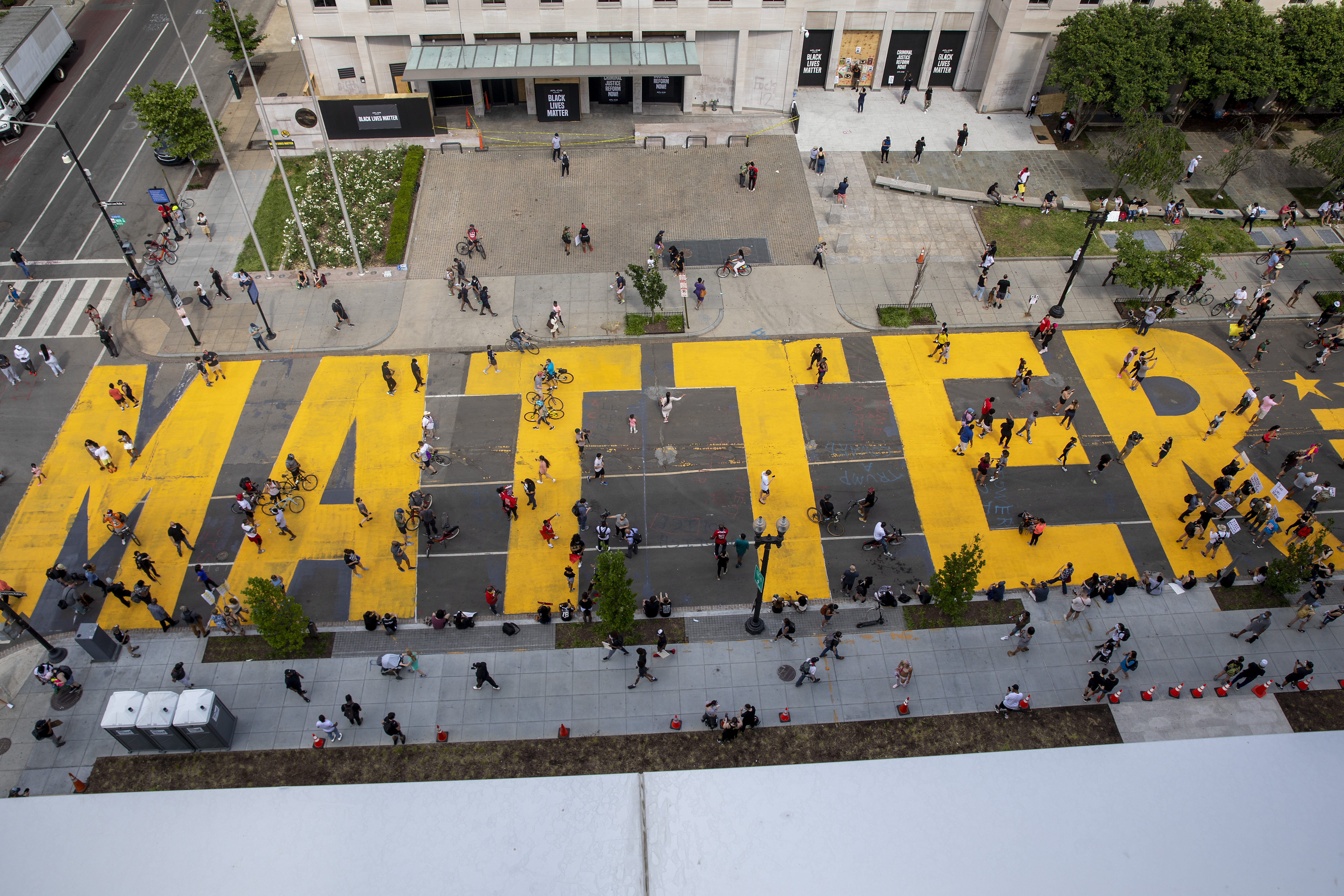 WASHINGTON, DC – JUNE 05: People walk down 16th street after volunteers, with permission from the city, painted “Black Lives Matter” on the street near the White House on June 05, 2020 in Washington, DC. After seven days of protests in DC over the death of George Floyd, DC Mayor Muriel Bowser has renamed that section of 16th street “Black Lives Matter Plaza”. (Photo by Tasos Katopodis/Getty Images)

There have been demonstrations in St. Louis since a video appeared to show a white police officer, Joshua Smith, hitting a black man with an unmarked SUV.

The man reportedly jumped out of a vehicle that was being pursued by police after a report of shots fired. Smith was fired after the incident and charged Wednesday with two counts of assault and one count of armed criminal action, WMC 5 Action News reported.

Smith’s lawyer said that it was an accident, and that police report says that the man jumped in front of the SUV and Smith tried to swerve to avoid him, according to the report.

Nationwide Black Lives Matter protests began after the death of George Floyd, who died after a police officer kneeled on his neck for several minutes. Many began peacefully but turned into riots where protesters clashed with police.

The protesters in St. Louis had violent altercations with officers Friday and Saturday after they threw objects at the police building and were pepper sprayed.