President Donald Trump will not follow restrictions put in place Wednesday that requires New Jersey’s visitors to quarantine for 14 days, according to the White House.

Democratic Gov. Phil Murphy of New Jersey joined Govs. Andrew Cuomo of New York and Ned Lamont of Connecticut Wednesday to announce that visitors must quarantine when arriving any of the three states, but Trump will not follow the new rule for his planned trip to New Jersey, White House spokesman Judd Deere told CNBC in a statement.

“The president of the United States is not a civilian,” said Deere, CNBC reported.

Anyone that comes into contact with Trump is tested for the virus, the Judd said in the statement to CNBC. (RELATED: ‘Why Don’t You Cover The Protests And Ask Why They Aren’t Wearing A Mask?’: Trump Supporters Heckle MSNBC Reporter)

Trump plans to golf at his club in Bedminster, New Jersey, over the weekend, according to CNBC. He was last at Trump National Bedminster for his 74th birthday on June 14, according to nj.com.

The new rules in New York, New Jersey and Connecticut require travelers from states that are experiencing significant community spread of coronavirus to quarantine for 14 days, Cuomo said at a press conference. 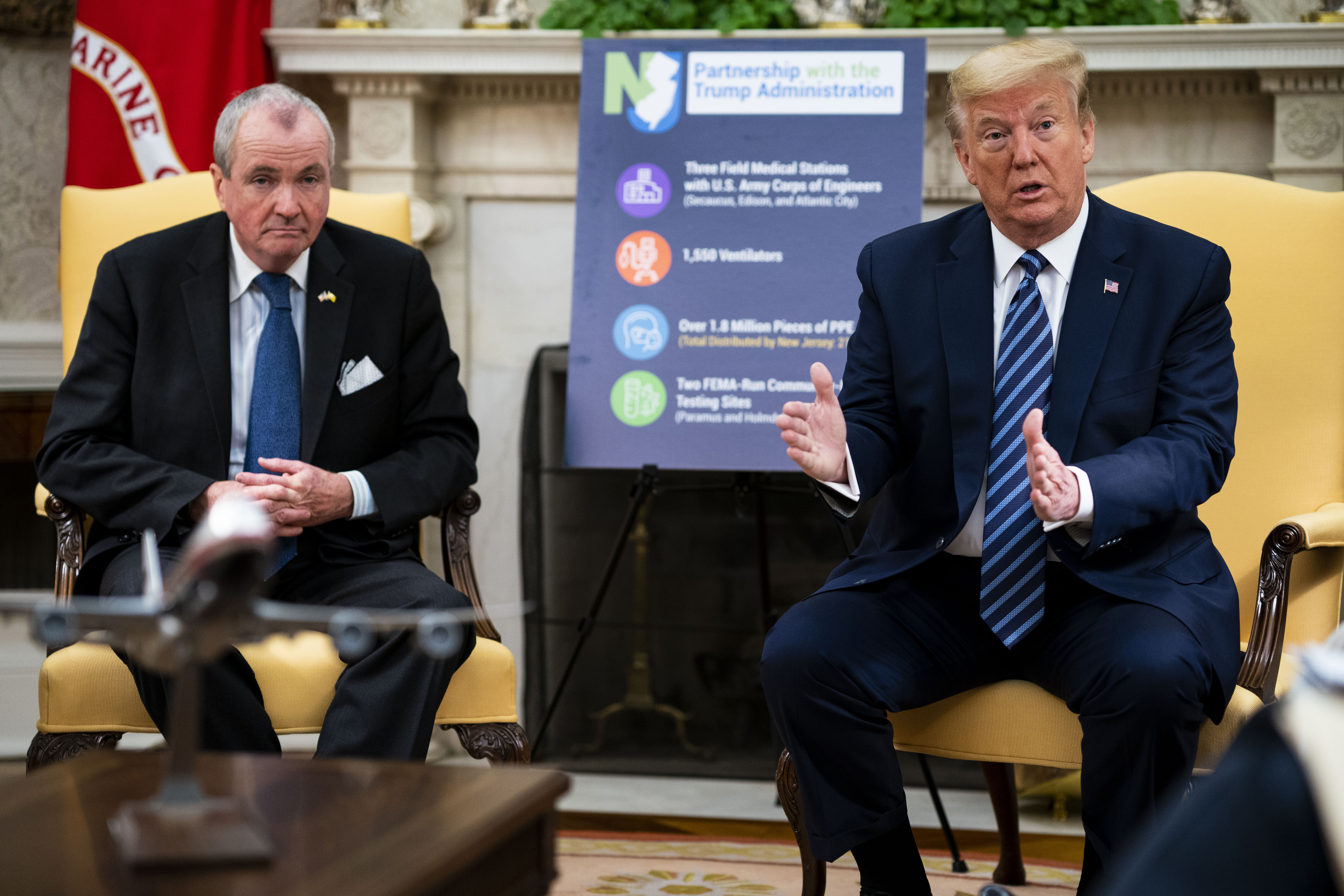 “In New York we went from the highest number of cases to some of the lowest rates in the country — no one else had to bend the curve as much as we did and now we have to make sure that the rate continues to drop in our entire region,” Cuomo added.

Murphy said: “Unfortunately, many states continue to have high transmission rates. We are proud to work with our partners in New York and Connecticut on a joint incoming travel advisory to ensure continued progress against this virus and to keep residents of the tri-state area safe.”

Trump’s trip comes after six of his campaign staffers working tested positive for coronavirus before his rally in Tulsa, Oklahoma. Dozens of Secret Service officers were ordered to quarantine themselves after two officers tested positive in Tulsa, according to The Washington Post.

Trump has spent 94 days at his Bedminster club since assuming office, according to NBC News.