Hackers linked to the Chinese government have been spying on Uighur Muslims in China since 2013 by hacking cell phone apps, according research from cybersecurity company Lookout.

Other apps used to collect personal data from Uighur Muslim populations were keyboard, font, file-management and plugin apps, according to the research.

Tibetans were also targeted by the same technology disguised as apps, such as a travel application called “Quick-Search Tibet,” Lookout reported. Tibetans are another minority that the Chinese government targets with “counter-terrorism” measures. The eight Android-surveillance technologies frequently hit malicious code in apps to extract information if a user accessed it.

Other hacking tools extracted information by turning on location services, call and text tracing, and exported pictures from the cell phones, according to the New York Times. Lookout’s research indicates the hacking has advanced and is more aggressive than studies by Google, Volexity and The University of Toronto’s Munk School of Public Affairs’ Citizen Lab found last fall.

Kumar told the Times the malicious code in the applications was like “a predator.”

“Wherever China’s Uighurs are going, however far they go, whether it was Turkey, Indonesia or Syria, the malware followed them there,” Kumar told the NYT.

“It was like watching a predator stalk its prey throughout the world.” 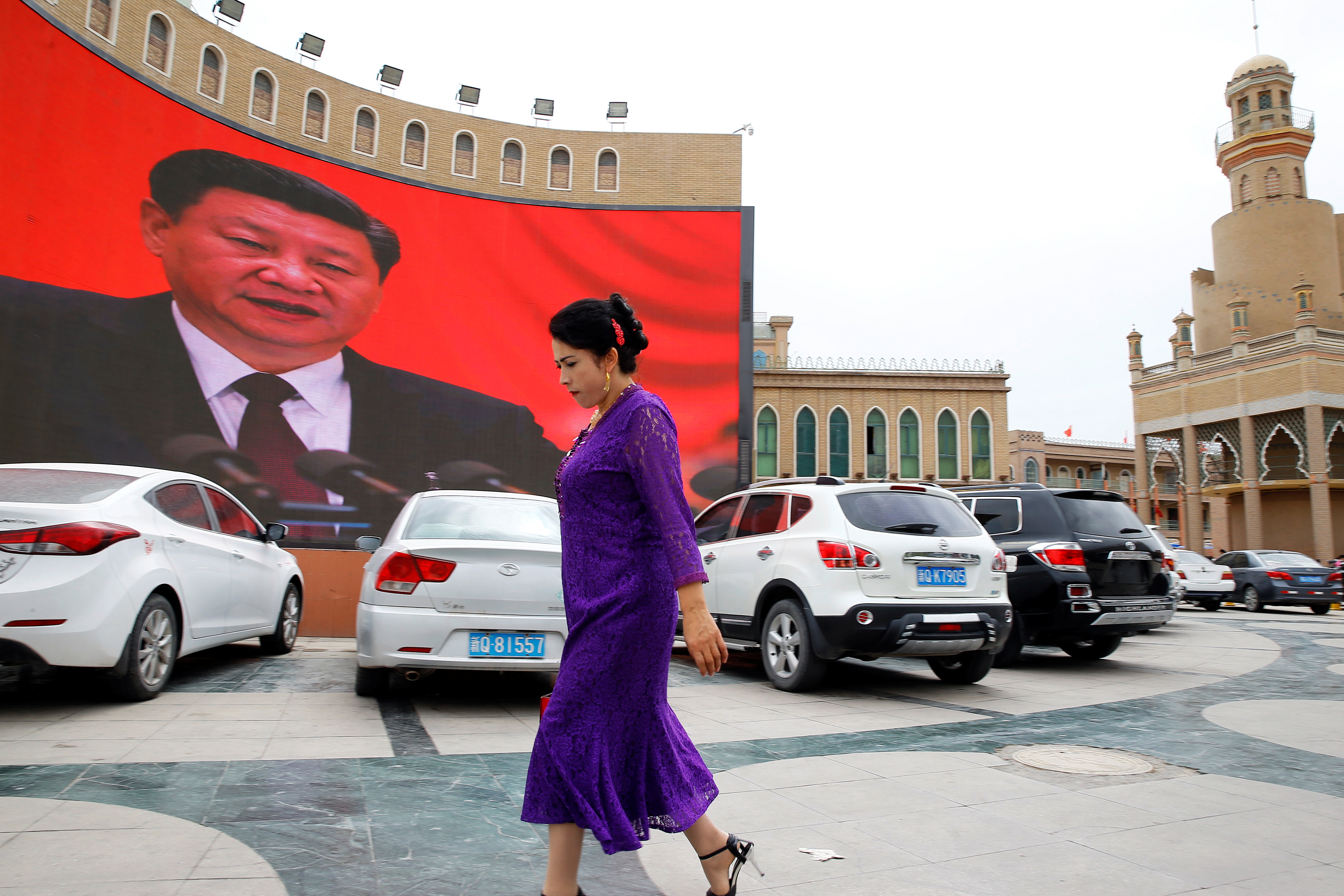 An ethnic Uighur woman walks in front of a giant screen with a picture of Chinese President Xi Jinping in the main city square in Kashgar in Xinjiang Uighur Autonomous Region, China September 6, 2018. The screen broadcasts a slideshow of images of Xi on loop, including propaganda images of his previous visit to Xinjiang. Picture taken September 6, 2018. REUTERS/Thomas Peter

The Chinese government has been escalating its campaign against the Uighur Muslim population, forcing them into detention camps and through forced abortions and birth control, the Associated Press reported. Secretary of State Mike Pompeo Tuesday demanded China end its “dehumanizing” abuses against the Uighur Muslims, further escalating tensions with the Chinese Communist Party. (Related: US Commission On Internal Religious Freedom Warns China Is Committing Genocide Against Uighurs, Urges Investigation)

The United States condemns the use of forced population controls against Uyghur and other minority women and calls on the CCP to cease its campaign of repression. History will judge how we act today.

Director at the Heritage Foundation James Carafano told the DCNF the Chinese government’s campaign against the Uighur Muslims isn’t new, but China’s development of technology has led to more monitoring activity.

China’s strategy has become more aggressive in their foreign and domestic policies instead of hiding their activities, Carafano added.

“They care less that people actually find out about what they are doing, and are kind of doubling down on what they are doing. So ten years ago, they might not want to admit that they were oppressing Uighurs because it would be bad for them reputationally. I think now they just do it and when people complain about it, they just squash them or push them off to the side,” Carafano said.