A protester was arrested for holding a Hong Kong independence flag during pro-democracy demonstrations in Hong Kong Wednesday, according to police.

The man was arrested for violating the newly passed National Security Law, the Hong Kong Police Force announced on Twitter. The law, which was unanimously passed Tuesday by the Chinese government, criminalizes secessionist, subversive and terrorist activities in Hong Kong, The Wall Street Journal reported.

#BREAKING: A man was arrested for holding a #HKIndependence flag in #CausewayBay, Hong Kong, violating the #NationalSecurityLaw. This is the first arrest made since the law has come into force. pic.twitter.com/C0ezm3SGDm

Police held signs during the protests announcing that Chinese authorities had the right to arrest anyone, including non-citizens, for violating the security law, according to pro-democracy activist Joshua Wong.

“We shall never surrender. Now is not the time to give up,” Wong tweeted Wednesday.

We are on street to against national security law. We shall never surrender. Now is not the time to give up. pic.twitter.com/E1mDMvtycc

The law enables the Chinese government to supervise and intervene in the policing of alleged subversive activities in Hong Kong, according to The Wall Street Journal. The legislature, not the courts, determines the interpretation of the law. (RELATED: Hong Kong Passes Law Criminalizing ‘Disrespect’ For Chinese National Anthem)

“It’s not only about really getting people in jail, but also creating a ‘white terror’ among the crowd to remind us that our rights are all being deprived,” Hong Konger and University of Washington political science Ph.D. student Brian Leung said at the House hearing.

Speaker of the House Nancy Pelosi made an appearance at Wednesday’s hearing, despite not being a member of the committee, condemning the security law.

“The law is a brutal, sweeping crackdown against the people of Hong Kong, intended to destroy the freedoms they were promised,” Pelosi said. “Beijing’s so-called National Security Law signals the death of the one country, two systems principal.” 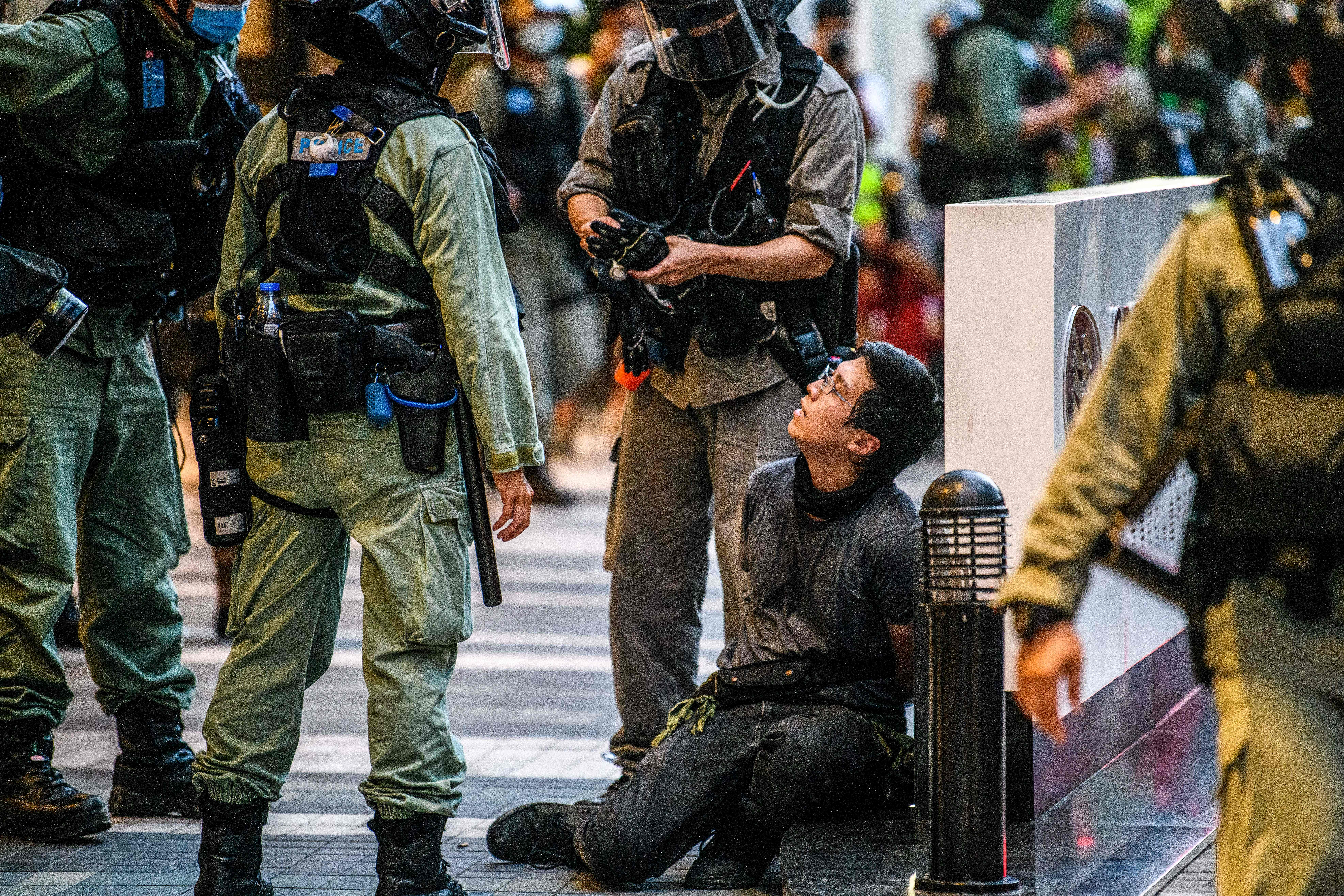 A protester is detained by police during a rally against a new national security law in Hong Kong on July 1, 2020. (Anthony Wallace/AFP via Getty Images)

“The Chinese Communist Party’s decision to impose draconian national security legislation on Hong Kong destroys the territory’s autonomy and one of China’s greatest achievements,” Pompeo said in a statement. “The United States will not stand idly by while China swallows Hong Kong into its authoritarian maw.”

“[The National Security Law] violates Hong Kong’s high degree of autonomy and threatens the freedoms and rights protected by the joint declaration,” British prime minister Boris Johnson said of the law, according to the BBC.

Tensions in Hong Kong ramped up last year after Beijing passed an extradition law enabling the government to extradite Hong Kong residents to mainland China. In response to the bill, hundreds of thousands of Hong Kong citizens participated in mass protests, which were some of the largest in Hong Kong history, according to The New York Times.

Wednesday marked the 23rd anniversary of the U.K. handing the territory over to China.