The Hong Kong government passed legislation that would jail and fine citizens who disrespect the Chinese national anthem.

A Hong Kong citizen who breaks the law and disrespects the anthem would serve a sentence of up to three years in jail and would be fined the equivalent of $6,450 in American currency, Reuters reported. The legislation came amid increasing tensions in the city-state between pro-democracy citizens and the Chinese government, which continues to assert control over the Hong Kong government.

Thursday marked the anniversary of the Tiananmen Square Massacre. Hong Kong police banned the annual vigil, citing COVID-19 regulations. Organizers of the vigil accused the police of trying to silence them. Many Hong Kong citizens still attended a vigil in defiance of the police.

The park would usually be packed by now. Finding a space to even sit was difficult last year. But the turnout today, in defiance of the public gathering ban, is still impressive and the number is growing as people get off work. pic.twitter.com/efL0SDE44K

Tensions in Hong Kong ramped up in 2019 after Beijing passed a law enabling the government to extradite Hong Kong citizens to mainland China. Hundreds of thousands of Hong Kong citizens participated in mass protests in response, which were some of the largest in Hong Kong history, according to The New York Times. (RELATED: Rioters Deface Memorial Honoring Those Killed By Communist Regimes) 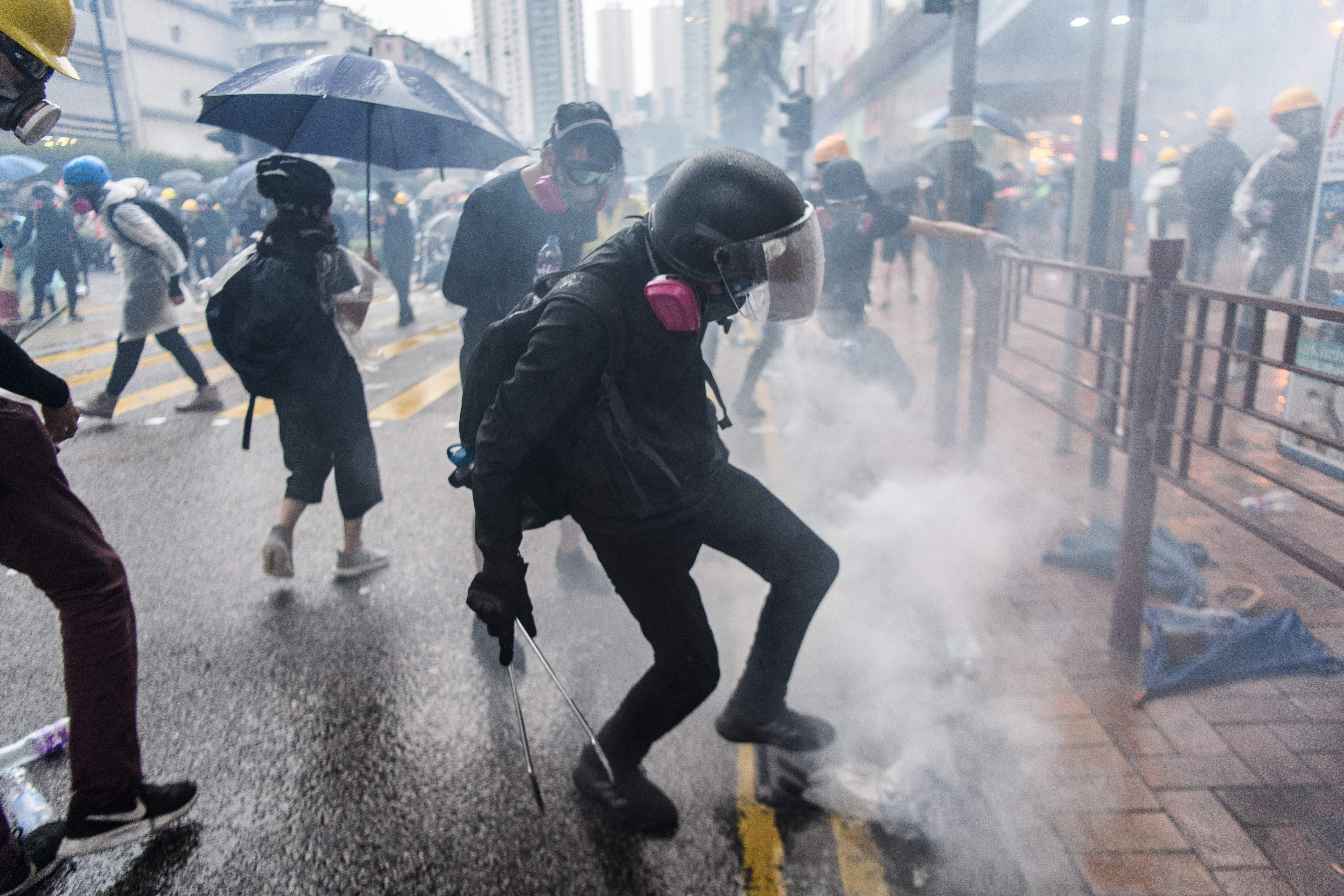 In this picture taken on August 25, 2019, a protester uses his foot to stamp a smoking tear gas round down a drain, after it was fired by police during a protest in Tsuen Wan, an area in the New Territories in Hong Kong. (Photo: Anthony Wallace/AFP via Getty Images)

Western nations are grappling with how to respond to China’s encroachment on Hong Kong’s sovereignty. U.S. Department of State Secretary Mike Pompeo declared earlier in May that Hong Kong was no longer autonomous from China, and the United Kingdom threatened Wednesday to change immigration rules, giving millions of Hong Kong citizens a pathway to British citizenship.

1
'You Can Take Your Mask Mandate And Shove It Right Up Your Ass': Dan Bongino Vows To Defy Mask Order
Media
2
Shepard Smith Gets A New Gig
Media
3
JONES: I Am Black And I Am A Democrat. But 'I Ain't' Voting For Joe Biden This November
Opinion
4
'A Democratic Tsunami': Cook Political Report Updates Its 2020 Map
Politics
5
The Daily Caller News Foundation Is Suing The University Of Delaware For Access To Joe Biden's Senate Library
Investigative Group