Nearly a decade before slavery was abolished in the U.S., Frederick Douglass, a former slave, addressed the state-enforced hypocrisy that took place in the country on Independence Day. While white Americans could celebrate the holiday and the inheritance of freedom that the Fourth of July represents, slavery continued to be legal.

A gifted orator, Douglass traveled frequently to give lectures on abolition. His “What to the Slave is the Fourth of July?” speech, delivered July 5, 1852 in Rochester, New York, is among his most famous.

Douglass acknowledges the country’s founders as great, brave men who he considers heroes “for the good they did, and the principles they contended for.” Although he unites with other Americans to honor their memory, he also laments the disparity that exists between white and black Americans who did not equally enjoy the benefits that came from the Declaration of Independence. (RELATED: Former Special Operations Sniper Nicholas Irving Discusses Military Service, Independence Day)

“Fellow-citizens, pardon me, allow me to ask, why am I called upon to speak here to-day? What have I, or those I represent, to do with your national independence? Are the great principles of political freedom and of natural justice, embodied in that Declaration of Independence, extended to us? and am I, therefore, called upon to bring our humble offering to the national altar, and to confess the benefits and express devout gratitude for the blessings resulting from your independence to us? 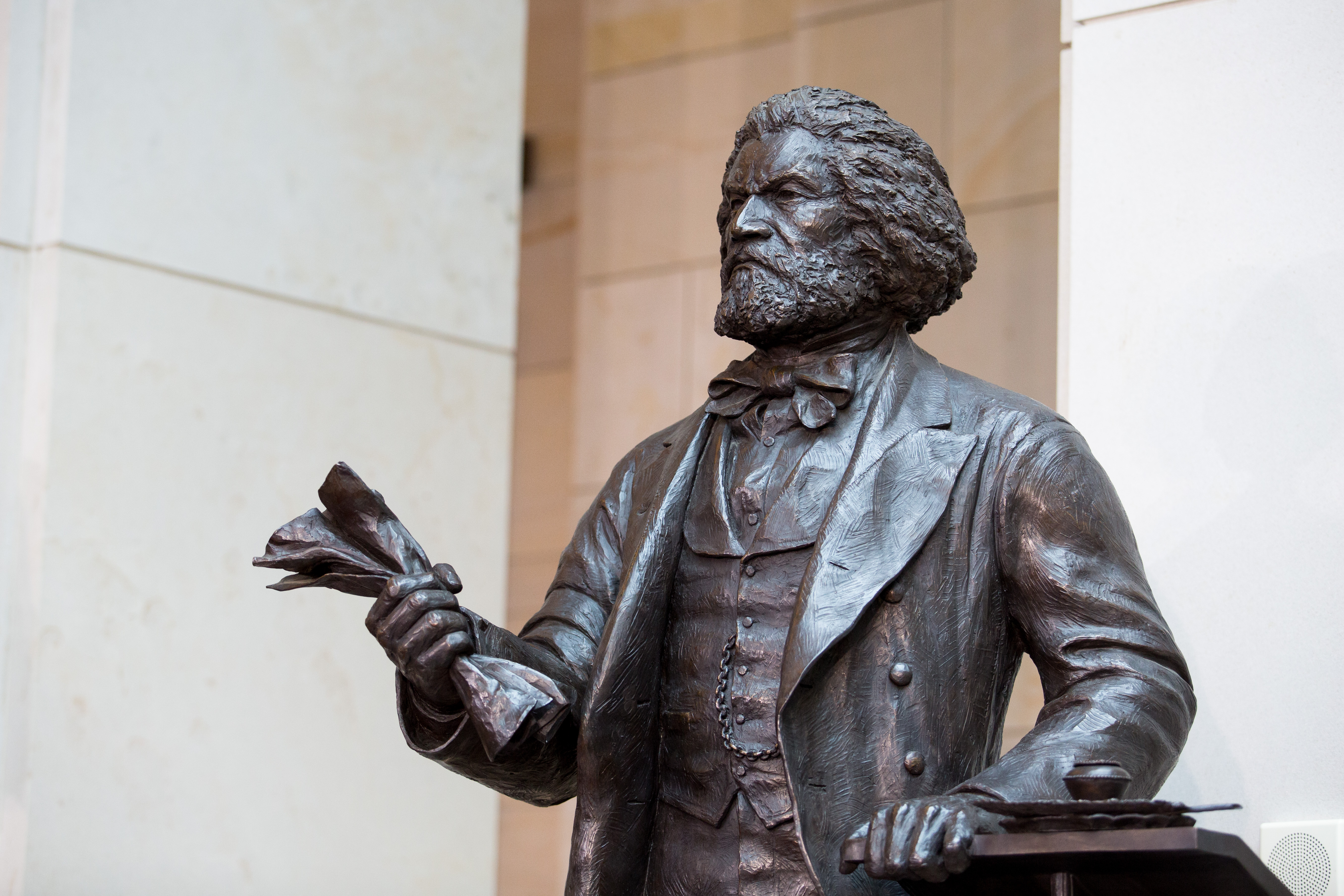 WASHINGTON, DC – JUNE 19: The Frederick Douglass Statue in Emancipation Hall at the Capitol Visitors Center, at the U.S. Capitol, on June 19, 2013 in Washington, DC. Congressional leaders dedicated the statue during a ceremony on Wednesday. (Photo by Drew Angerer/Getty Images)

But such is not the state of the case. I say it with a sad sense of the disparity between us. I am not included within the pale of this glorious anniversary! Your high independence only reveals the immeasurable distance between us. The blessings in which you, this day, rejoice, are not enjoyed in common. The rich inheritance of justice, liberty, prosperity and independence, bequeathed by your fathers, is shared by you, not by me. The sunlight that brought light and healing to you, has brought stripes and death to me. This Fourth [of] July is yours, not mine.”

Douglass’s 1852 speech was his most famous recitation of it, although he had added to the speech in the years that followed, and addressed a crowd of about 2,000 in New York on July 4, 1862, when the Civil War was underway. Six months later, President Abraham Lincoln issued the Emancipation Proclamation, which granted freedom to slaves in the Confederate States if the State did not return to the Union.

The speech underscored the standards of the founders and America’s failure to live up to them, and the irony that was Independence Day when independence remained out of reach for African Americans.

But on many Fourth of July celebrations before slavery’s abolition, America was “false to the past, false to the present, and solemnly binds herself to be false to the future,” Douglass says.

Until liberty is achieved for all, the “constitution and the Bible” are “disregarded and trampled upon.”

“Pride and patriotism, not less than gratitude, prompt you to celebrate and to hold it in perpetual remembrance. I have said that the Declaration of Independence is the ring-bolt to the chain of your nation’s destiny; so, indeed, I regard it. The principles contained in that instrument are saving principles. Stand by those principles, be true to them on all occasions, in all places, against all foes, and at whatever cost.”