“I am embarrassed to be a Democrat tonight,” he told Fox News’ “Hannity.”

“[Mount Rushmore] is a great place for the president to celebrate our nation’s birthday,” Terrell told guest host Jason Chaffetz as President Donald Trump prepared to deliver a speech in front of the venerated South Dakota sculpture.

“The bottom line is simply this,” he said,  “If you are a Democrat, you can be a racist. But the point here is, you accuse the Republicans of being racist and there is no evidence of that whatsoever. It’s embarrassing and I am embarrassed to be a Democrat tonight.”

During his speech to a crowd of vocal supporters Trump condemned the vandalism of historical statues across America and promised that “Rushmore will stand forever.” 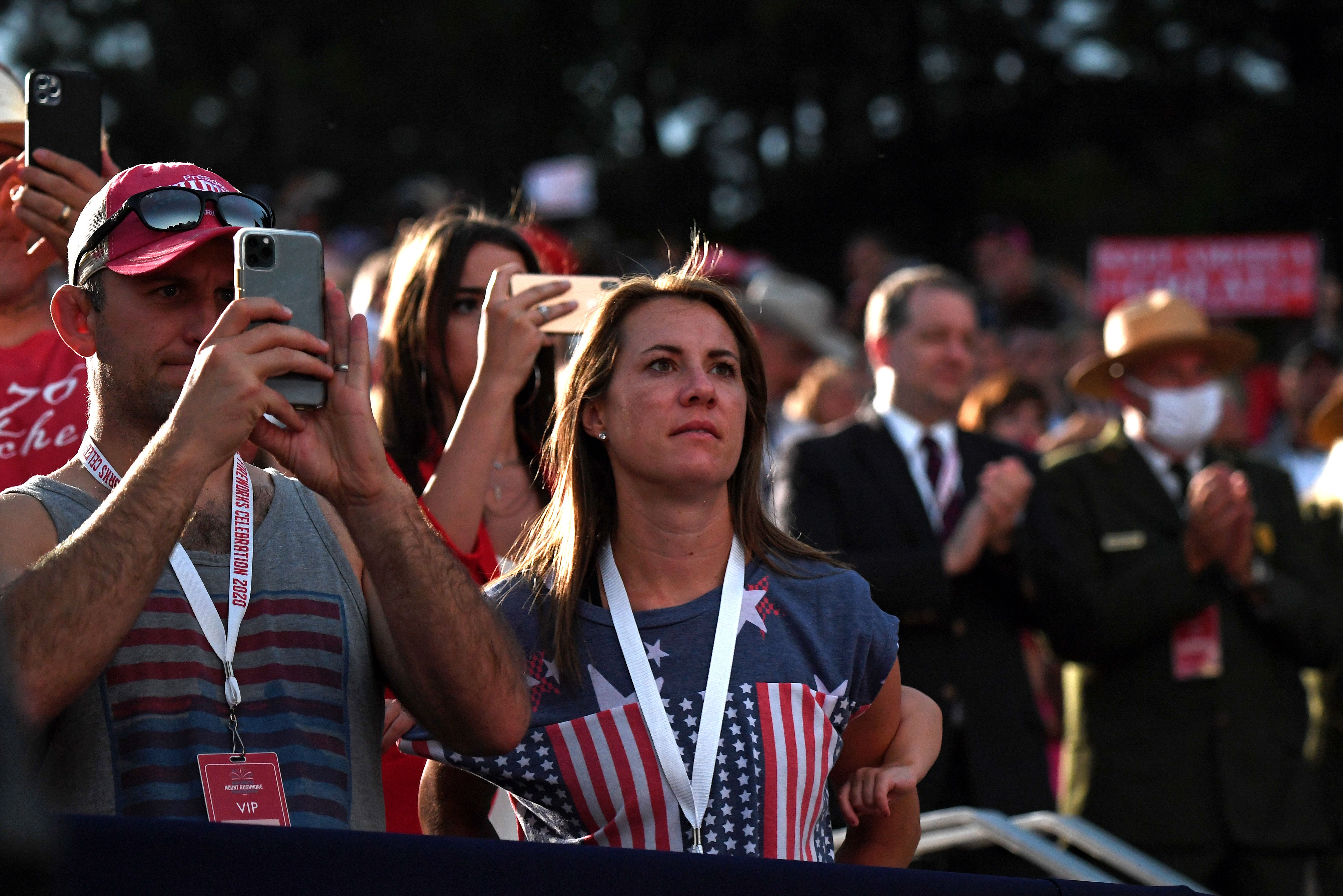 Earlier in the week, Republican South Dakota Gov. Kristi Noem had said that the DNC’s declaration of Mount Rushmore being a symbol of white supremacy provided a stark contrast between the Democratic Party and Republicans.

“Honestly, that tweet right there represents the choice that people have in this election,”she told Fox News’ Laura Ingraham as Noem praised the four presidents in the sculpture as icons of American democratic values. (RELATED: COULTER: Get Ready To See Trump’s Face On Mount Rushmore)

Hoover Institution Professor Victor Davis Hanson suggested last Monday the people who are toppling statues or demanding that they be removed wouldn’t travel to Mount Rushmore with the same thought in mind.

“So if you’re going to take down Teddy Roosevelt at the National Museum [in New York City], why don’t you go to  Mount Rushmore and blow Teddy Roosevelt up? You don’t want to do that because the people in that area of the Dakotas might resist,” he told Fox News’ “Tucker Carlson Tonight.”