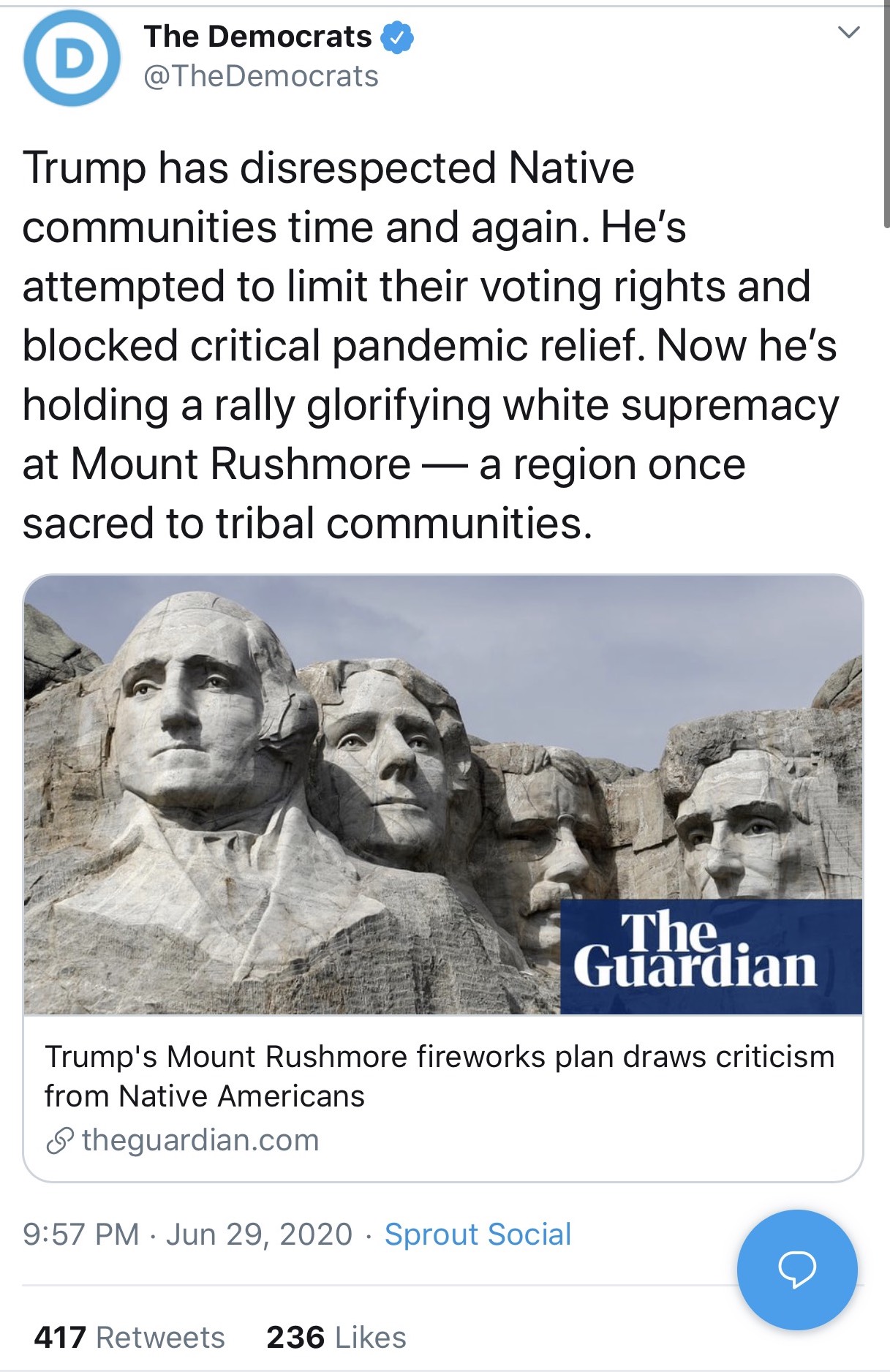 The president’s plan to hold an event in the Black Hills — complete with the first fireworks display held at Mount Rushmore since 2009 — has sparked protests from several local Native American groups.

Many Native American activists say the Rushmore memorial is as reprehensible as the many Confederate monuments being toppled around the nation. https://t.co/KSzcSsyrUR

Tilsen has called for the monument to be removed, while other Native American groups have petitioned for a share in the money the region generates through tourism.

Others have raised concerns that a large crowd could cause another coronavirus spike or that the planned fireworks display — coupled with recent dry weather — could cause a wildfire.