Democratic Pennsylvania Gov. Tom Wolf said Monday that a mandatory mask order for his state could last “until we get a vaccine” from coronavirus.

The order, issued last week by Pennsylvania Health Secretary Dr. Rachel Levine, requires masks in all indoor public spaces and outdoors when unable to socially distance. The order will also apply to schools that reopen in the fall.

“I’m sort of thinking this is until we get a vaccine, but I don’t have any real formal goal there,” Wolf reportedly said when asked at a Monday news conference how long the order could be in place. “There are some places where people just wear masks, as a matter of, just people wear them. I think it might be a good idea.” 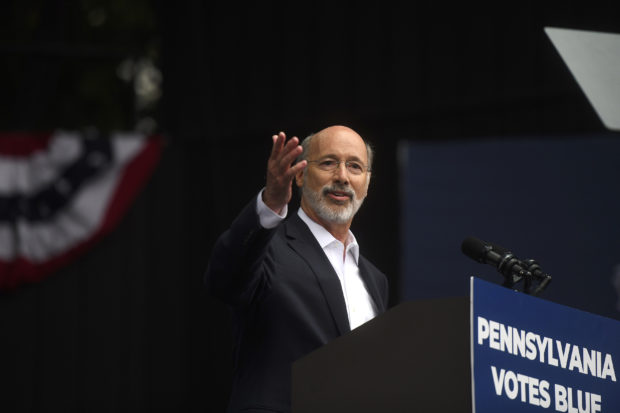 “This is something that actually does make you safer,” he continued. “When I’m wearing a mask makes me safer when you’re wearing a mask, and if we can’t practice social distancing that’s a really important thing. Models out there suggest that states, areas where people wear masks, the infection rate is actually lower. This is something that, as we get into infectious disease, and [who] knows when this is going to end, we probably ought to be thinking about this just to keep each other safe.”

Pennsylvania’s 450 newly confirmed cases on Monday was the lowest since June 18, PennLive reported.

Although their ultimate effectiveness at curbing the spread of coronavirus is disputed, the issue of mandatory masking has been hotly debated for weeks as leaders deal with coronavirus spikes in their states. (RELATED: ‘Sloppy Thinking’: Stanford’s Scott Atlas Rips Lockdown And Mask-Wearing Proponents For Denying Science And Ignoring Data)