A statue of Jesus was vandalized at a Catholic Church in Alberta Tuesday, following several incidents of vandalism and arson that have targeted Catholics in both Canada and the U.S.

Fr. Wilbert Chin Jon of the Roman Catholic Diocese of Calgary confirmed to the Daily Caller that vandals had spray painted and used marker or chalk to deface a statue of the Sacred Heart of Jesus by the front doors of Sacred Heart Church in Calgary Tuesday at around 1:30 a.m.

The incident was caught on surveillance camera and was reported to the police. According to the statement from the Diocese, the vandalism was committed by two young people.

In July, the Sudbury Star reported that police were still searching for suspects after several statues at the Grotto of Our Lady of Lourdes, a Roman Catholic Church in Ontario, had their heads cut off with a power saw or grinder.

The search for those responsible for the crimes at churches in Canada coincides with several similar incidents in the U.S., which have included setting statues of the Virgin Mary on fire in Boston, and arson at a Catholic Church while parishioners inside prepared for mass in Florida. 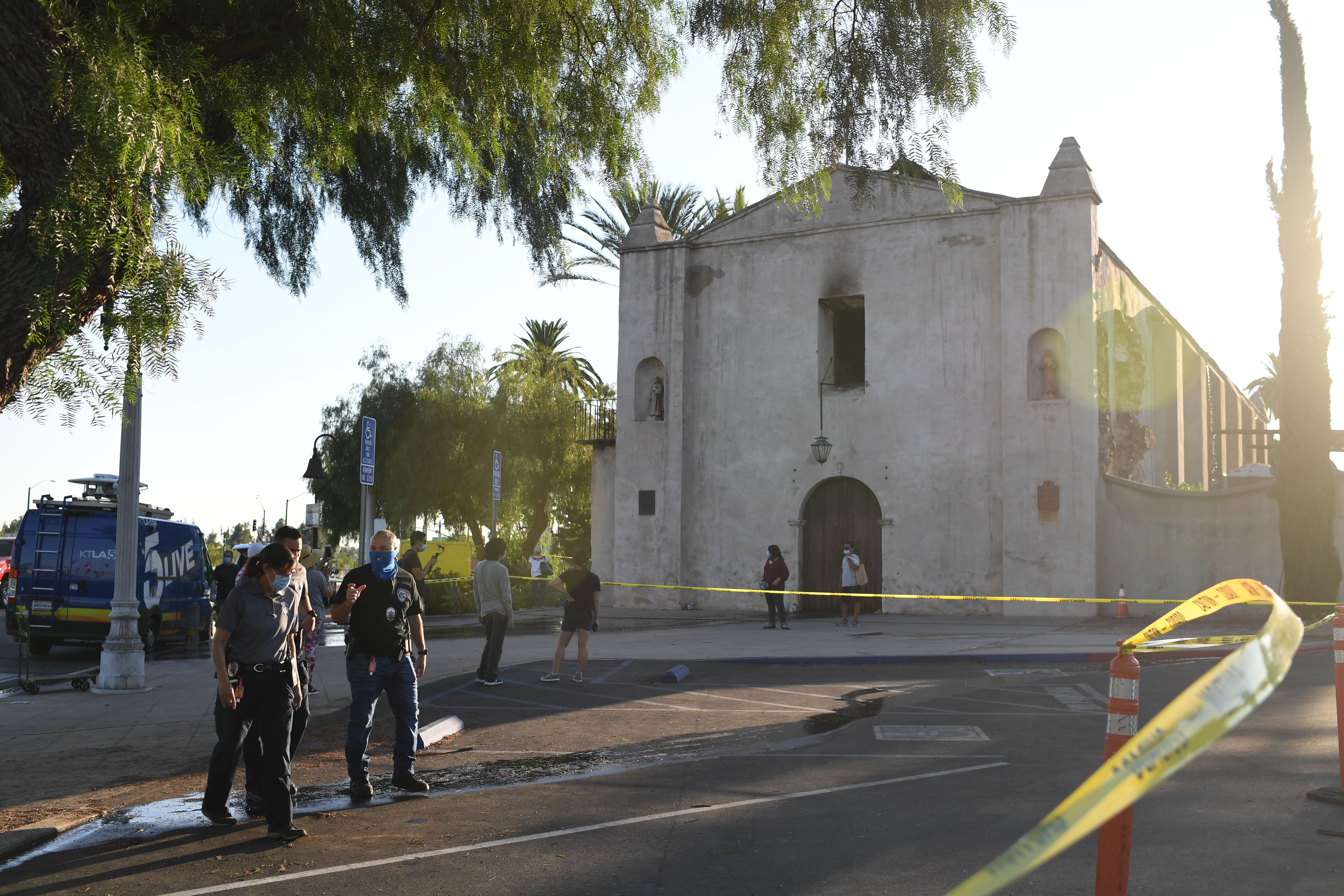 San Gabriel Police officers walk behind caution tape outside the San Gabriel Mission after a fire early on July 11, 2020, in San Gabriel, California. (Photo by ROBYN BECK/AFP via Getty Images)

Republican Tennessee Congressman Chuck Fleischmann addressed the beheading of a Virgin Mary statue in Chattanooga, Tenn. recently as being “among a series” of attacks on Catholic Churches across the country.

“During these difficult times as a nation it is imperative that we come together. It is heartbreaking to see so many incidents of hate directed at religion and the church in recent days,” he told the Caller Wednesday.

The vandalism of the Virgin Mary statue in Chattanooga occurred the same weekend that two other statues of the Virgin Mary were spray painted and set on fire. (RELATED: Republican Congressman Calls Out ‘Disturbing Attack’ On Catholic Statue)