Pope emeritus Benedict XVI is seriously ill with a bacterial infection and is “very frail,” a German newspaper reported Monday.

The 93-year-old pope is suffering from facial shingles, according to Passauer Neue Presse (PNP), which cited Benedict biographer Peter Seewald. Seewald met the former pope at the Vatican Saturday and noted Benedict’s barely-audible voice, an observation others have made for months, Reuters reported.

Seewald told the German newspaper that Benedict has been “very frail” since his return from visiting his older brother, Georg Ratzinger, in Bavaria. Ratzinger, a priest who was ordained at the same time as his brother, died soon afterwards at age 96. (RELATED:EXCLUSIVE: ‘An Epidemic’: Trump Campaign Condemns Anti-Catholic Crimes) 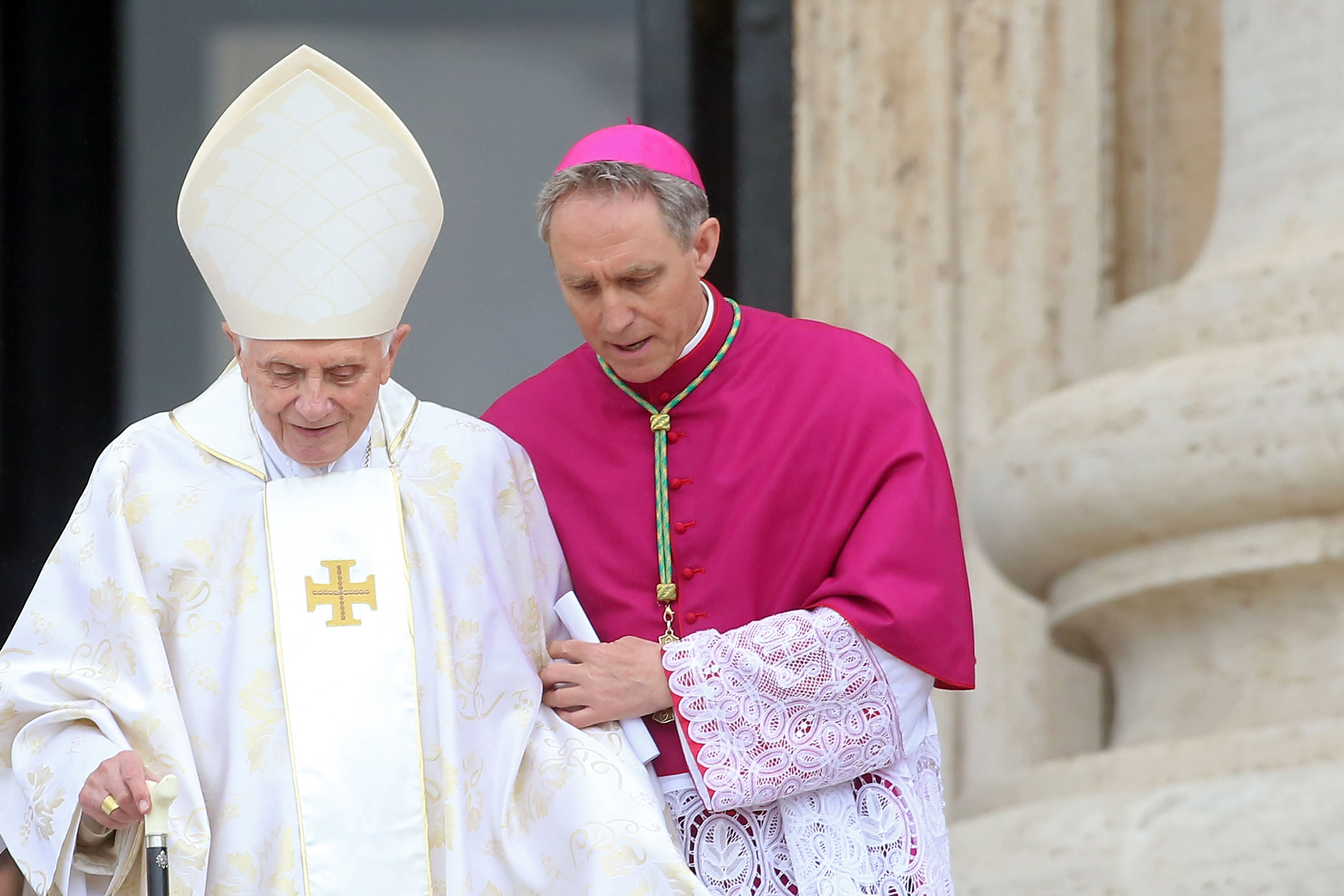 VATICAN CITY, VATICAN – APRIL 27: Pope Emeritus Benedict XVI, flanked by Prefect of the Pontifical House and his former personal secretary Georg Ganswein arrives at the Canonisation Mass in which John Paul II and John XXIII are to be declared saints on April 27, 2014 in Vatican City, Vatican. Dignitaries, heads of state and Royals from Europe and across the World are to attend the canonisations. (Photo by Franco Origlia/Getty Images)

Benedict said he would return to writing if he regained his strength, Seewald reportedly said. He has chosen to be buried in the former tomb of St. John Paul II in the crypt of St. Peter’s Basilica in Vatican City, PNP reported according to the Catholic News Agency.

Seewald’s book “Benedict XVI: The Biography” will be published in November, according to the National Catholic Register. It includes an update about how Benedict is faring during the pandemic, as well as why he decided to write a spiritual testament to be published after his death.

Pope Benedict was the first pope to resign from his post in nearly 600 years, making the stunning declaration in 2013 and citing poor health that rendered him incapable of “adequately [fulfilling] the ministry entrusted to me.”