Eighty-one percent of black Americans said they would prefer if police spend the same amount of time or more time in their neighborhoods, according to a Gallup survey released Wednesday.

The survey, which also includes responses from other racial and ethnic groups, indicates that 20% of black respondents said they want an increased police presence, 61% want the same presence, and 19% want less.

The support for current policing levels was fairly consistent across racial lines, with an average of 67% of Americans saying the current level of time police spend in their area is adequate. Asian American respondents expressed the greatest preference for decreasing police presence, with 28% favoring this option, the survey shows.

When asked how frequently they interact with police, 32% of black respondents said very often or often, compared with 28% of Hispanic respondents, 22% of white respondents, and 21% of Asian respondents, according to Gallup. (RELATED: Where Does Joe Biden Actually Stand On Defunding The Police?) 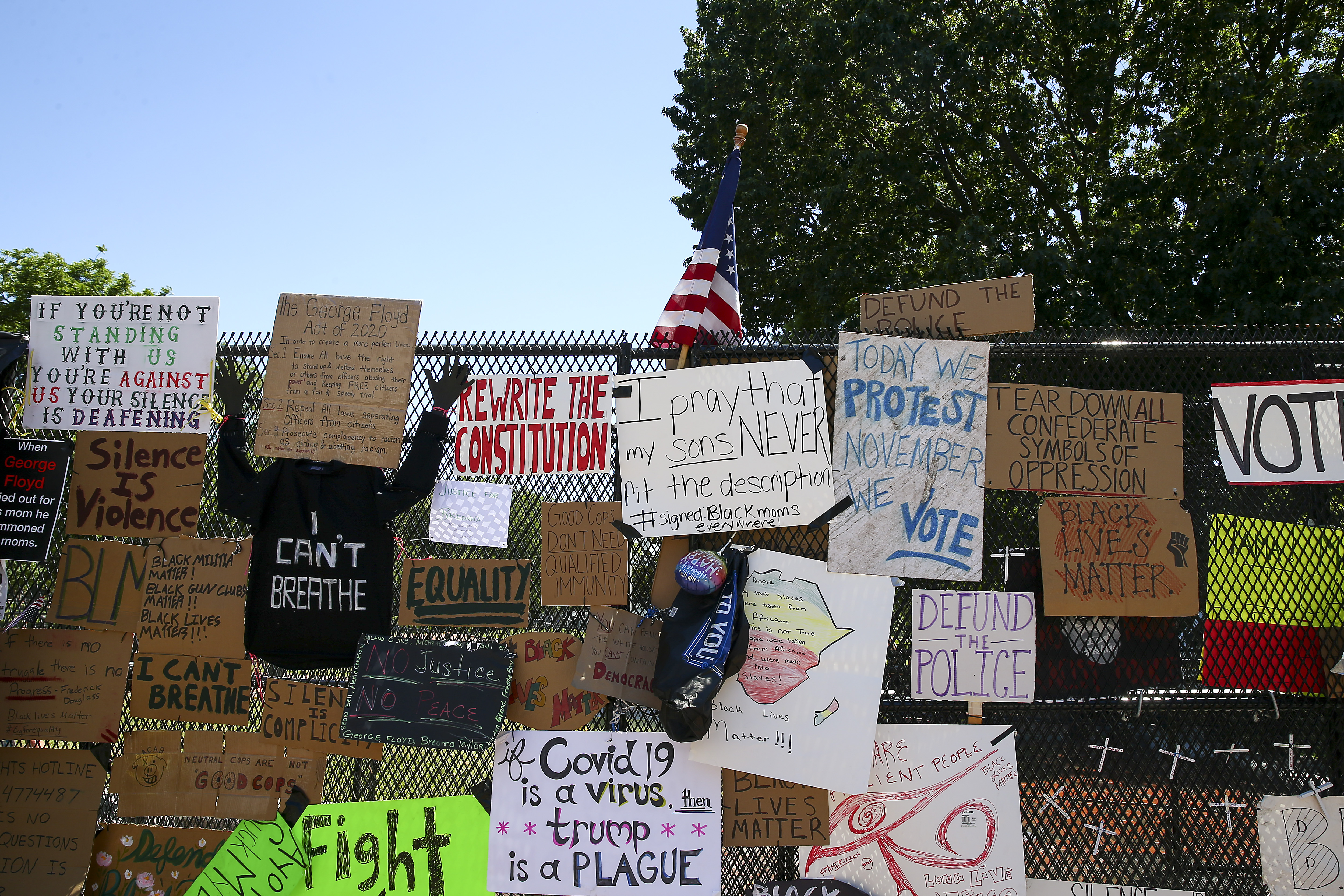 The steel fence at Lafayette Park has become a makeshift memorial at 16th street after “Defund The Police” was painted on the street near the White House on June 08, 2020 in Washington, DC. (Tasos Katopodis/Getty Images)

The greatest disparity among these racial/ethnic groups was about how confident respondents feel that the police would treat them “with courtesy and respect.”

The survey is part of the Gallup Center on Black Voices, which is “devoted to studying and highlighting the experiences of more than 40 million Black Americans: tracking and reporting on progress on life outcomes and a life well-lived.”

The data contributes to an ongoing debate surrounding policing practices in the aftermath of George Floyd’s death at the hands of Minneapolis police officers in late May.

Many protesters and activists, largely within the Black Lives Matter movement, have voiced their support to defund police departments amid increased awareness of officer brutality.