Svetlana Tikhanovskaya, a Belarusian opposition leader and the main opponent of Belarus’s president, Aleksandr Lukashenko, left the country Tuesday as anti-government protesters filled the streets of the capital, The New York Times reported.

Tikhanovskaya, who announced her candidacy for president after her husband, an opposition blogger, was jailed, vanished for several hours on Monday without warning, the Times reported. A day later, Lithuania’s foreign minister tweeted that Tikhanovskaya was “safe” in his country.

Svetlana #Tikhanovskaya is safe. She is in #Lithuania. pic.twitter.com/6f9U2meoX0

Some of her supporters had initially claimed that she had been arrested at the Central Election Commission in Minsk, Belarus’s capital, where she had gone to protest the election results, which many had accused of being rigged, according to the Times.

Tikhanovskaya said in a video Tuesday that she had “made this decision completely independently.”

“I know that many will understand me, many will judge me and many will hate me for it. But know that God forbid you will face the kind of choice that I faced,” she said, according to the Times.

In a second video she read from a prepared statement, pleading with Belarusians to not resist police or protest in public in order to “not put your lives at risk,” the Times reported.

UPDATE: Tikhanovskaya speaks: Clearly distressed, she says she left Belarus for her children’s sake. “God forbid you have to face the choice I had to face.” pic.twitter.com/6mA0dYLGkl

Protests in the Belarusian capital Minsk have been ongoing since Sunday, when Lukashenko, who has been president for 26 years, claimed a landslide victory. Critics have alleged that the results are completely rigged, The New York Times reported. (RELATED: Protests Erupt In Belarus Against Putin Ally After Contested Election) 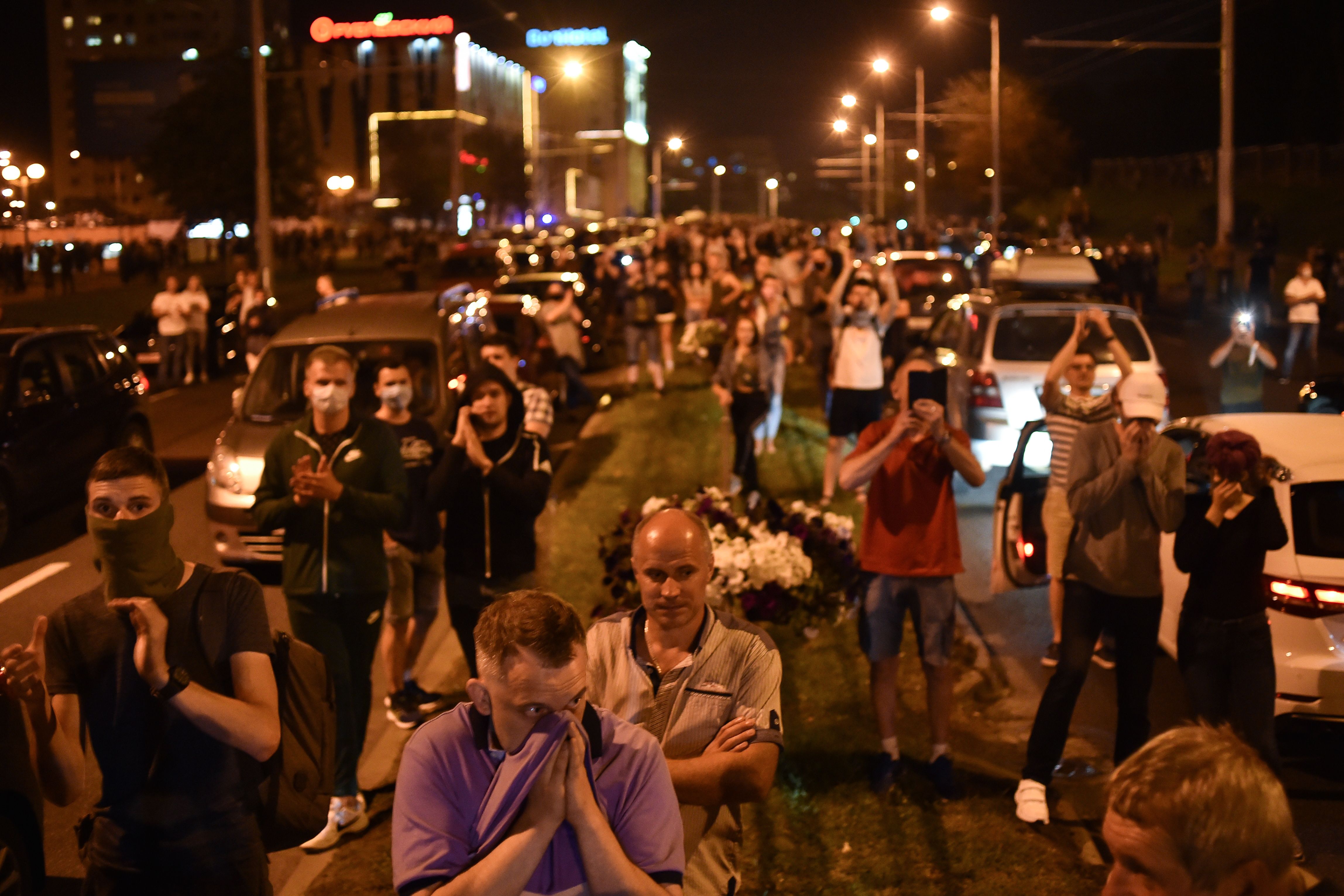 Opposition supporters rally the day after the presidential election in Minsk on August 10, 2020. (SERGEI GAPON/AFP via Getty Images)

Approximately 2,000 people have been detained and 21 officers and military personnel have been injured, according to Belarusian authorities.