Appellate Judge Kenneth Lee, who was appointed by President Donald Trump, wrote the majority opinion in which he said the ban on magazine capacity “struck at the core right of law-abiding citizens to self-defend by banning LCM possession within the home.”

In 2000, California prohibited the manufacture, importation and sale of LCMs, but did not regulate their possession. However, following a string of mass shootings in the United States, California passed Senate Bill 1446 in 2016 that prohibited all possession of LCMs.

Months later, California strengthened the provisions of that law with Proposition 63, which added jail time as a penalty applicable to those caught with LCMs. Those who already had these magazines prior to the introduction of the law were forced to permanently alter their weapon or get rid of the LCMs by either selling their weapon to a licensed firearms dealer, turning it in to local police or simply discarding it, according to Giffords Law Center. 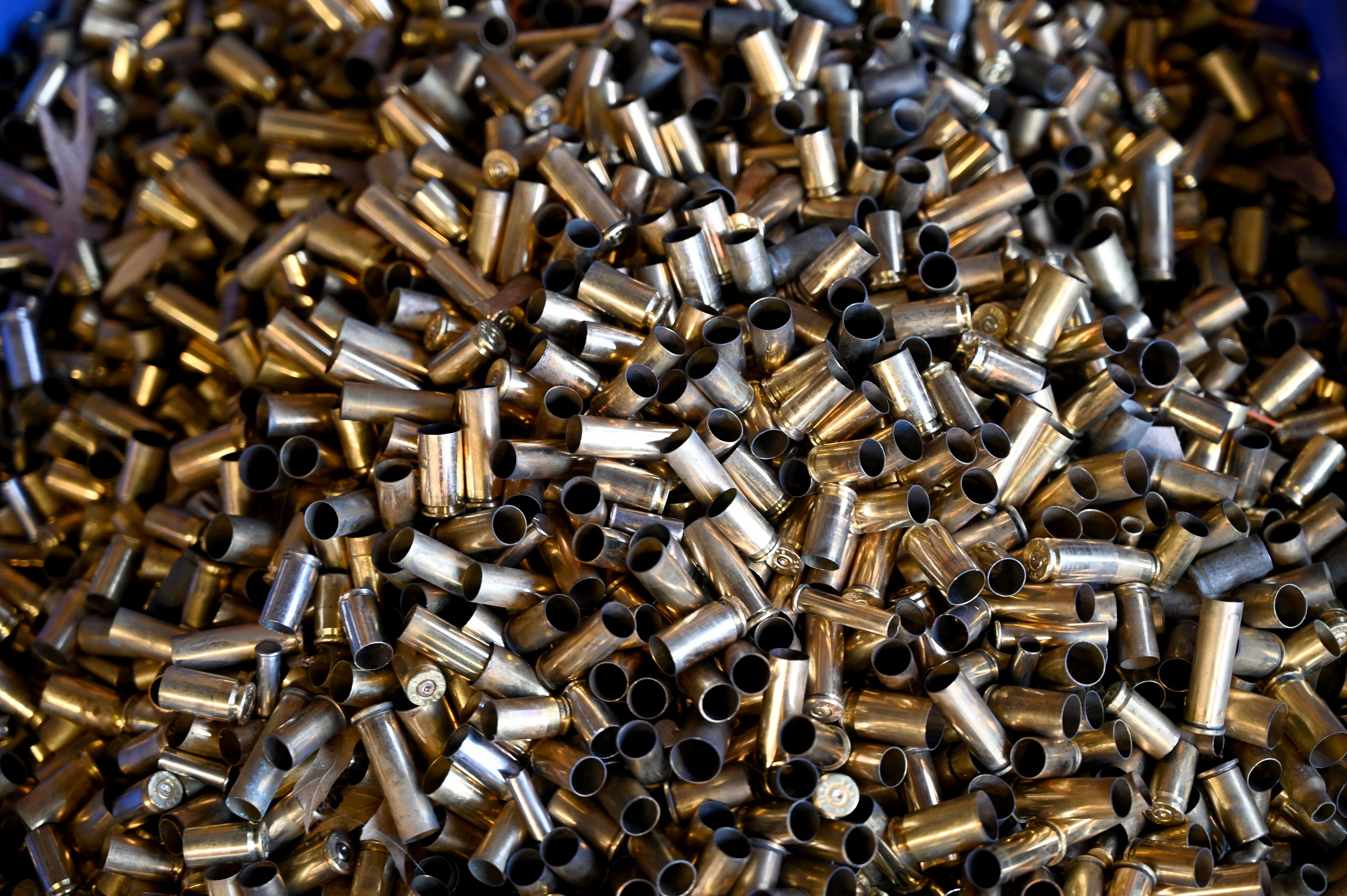 Empty shell casings are seen at Clark Brothers’ gun store and shooting range in Warrenton, Virginia, some 48 miles (77 kilometers) from Washington, DC on Jan. 16, 2020. – When Sheriff Scott Jenkins swore to protect the US Constitution, he swore to uphold the second amendment — and that means guaranteeing citizens the right to bear arms, even as the Virginia government weighs depriving state residents of what Jenkins considers an inalienable right. (Photo by EVA HAMBACH/AFP via Getty Images)

Right before the ruling was to take effect in 2016, Virginia Duncan and other plaintiffs who had legally possessed LCMs challenged California’s Penal Code Section 32310, which would make it a crime to possess LCMs in accordance with the Senate bill.

The 9th Circuit Court held that Penal Code Section 32310 was unconstitutional because it was not the least restrictive means of achieving the interest of the state.

Lee went on to say the law imposed a “substantial burden” on the “right to self-defense,” noting the law criminalized magazines that come standard in most handguns. Lee pointed to popular handgun models such as the Glock 17 and Beretta Model 92 which both come factory standard with magazines built to accommodate more than 10 rounds.

“Magazines enjoy Second Amendment protection for a simple reason: Without a magazine, many weapons would be useless, including ‘quintessential’ self defense weapons like the handgun,” Lee wrote in the Friday opinion. He drew from the previous decision District of Columbia v. Heller, which ruled that handguns are the “quintessential self-defense weapon.”

Explaining the ruling, Lee further said that the state-wide ban was a “sloppy fit” and violated both Second and Fifth Amendment rights. He stated that Section 32310, which forced legal owners of LCMs to either permanently alter their weapons or sell them to a licensed dealer or give them to the government, violated the Fifth Amendment’s “takings clause.”

“California Penal Code section 32310 Beverly burdens the core of the constitutional right of law-abiding citizens to keep and bear arms,” Lee wrote. “The statute is a poor means to accomplish the state’s interests and cannot survive strict scrutiny.”

California Attorney General Xavier Becerra’s office reportedly said Friday it will review the decision. The office stated that they remain “committed to using every tool possible to defend California’s gun safety laws” to keep communities safe, according to the Associated Press.

“I think it was sound, I think it was right, and…the overwhelming majority of Californians agreed when they supported a ballot initiative that we put forth,” Newsom said, per the AP.