White House press secretary Kayleigh McEnany delivered a short speech at the 2020 Republican National Convention, during which she told a personal story about how President Donald Trump had helped her during the hardest decision of her life.

McEnany opened by stating that 8 women in her family had been diagnosed with breast cancer, and that her physician informed her when she was 21 that she too carried the BRCAII genetic mutation, putting her chances of developing breast cancer at more than 80 percent. (RELATED: ‘Nation Of Heroes’ — Rep. Dan Crenshaw Recalls The Time His Friend Saved His Life In Afghanistan During RNC Speech) 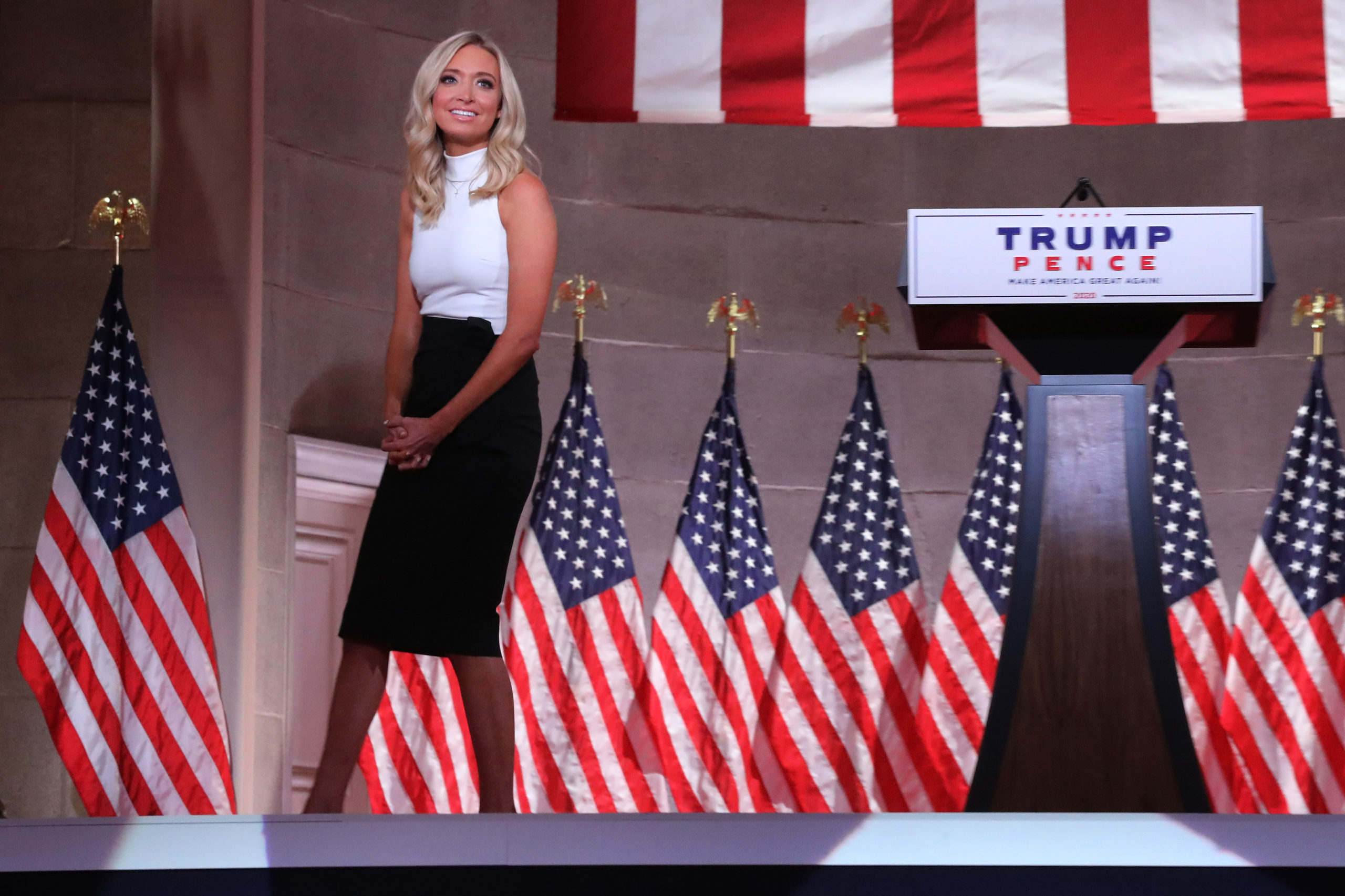 WASHINGTON, DC – AUGUST 26: White House Press Secretary Kayleigh McEnany walks off the stage after pre-recording her address to the Republican National Convention from inside an empty Mellon Auditorium on August 26, 2020 in Washington, DC. (Photo by Chip Somodevilla/Getty Images)

McEnany described how she underwent years of doctors visits and tests before eventually deciding to undergo a preventative mastectomy in 2018.

“During one of my most difficult times, I expected to have the support of my family, but I had more support than I knew,” she stated. “As I came out of anesthesia, one of the first calls I received was from Ivanka Trump.”

“As I recovered, my phone rang again,” she continued. “It was President Trump, calling to check on me. I was blown away. Here was the leader of the free world caring about my circumstance.”

McEnany stated that through growing to know Trump over the past two years, she “can tell you that this president stands by Americans with pre-existing conditions.”

“The same way President Trump has supported me, he supports you.”

The White House press secretary closed her speech by stating that she chose to work for the administration for her daughter.

“When I look into my baby’s eyes, I see a new life. A miracle, to which I have a solemn responsibility to protect,” McEnany added. “Choosing to have a preventative mastectomy was the hardest decision I ever had to make, but supporting President Trump, who will protect my daughter and our children, was the easiest.”