Johnson was serving a life sentence for helping lead a multi-million dollar cocaine ring in the 1990s, and served more than 21 years in federal prison. She says she was once told the only way she’d ever be reunited with her family was “as a corpse.”

Trump commuted her sentence in 2018, and went on to sign the First Step Act.(RELATED: ‘It’s My Duty To Go’: Alice Marie Johnson To Commend Trump’s Criminal Justice Reform At RNC)

“By the grace of God and the compassion of Donald John Trump, I stand before you tonight and I assure you, I am not a ghost. I am alive, I am well, and most importantly, I am free,” Johnson said.

Johnson’s transformation in prison was “extraordinary,” and she made great strides behind bars, including becoming an ordained minister and playwright. 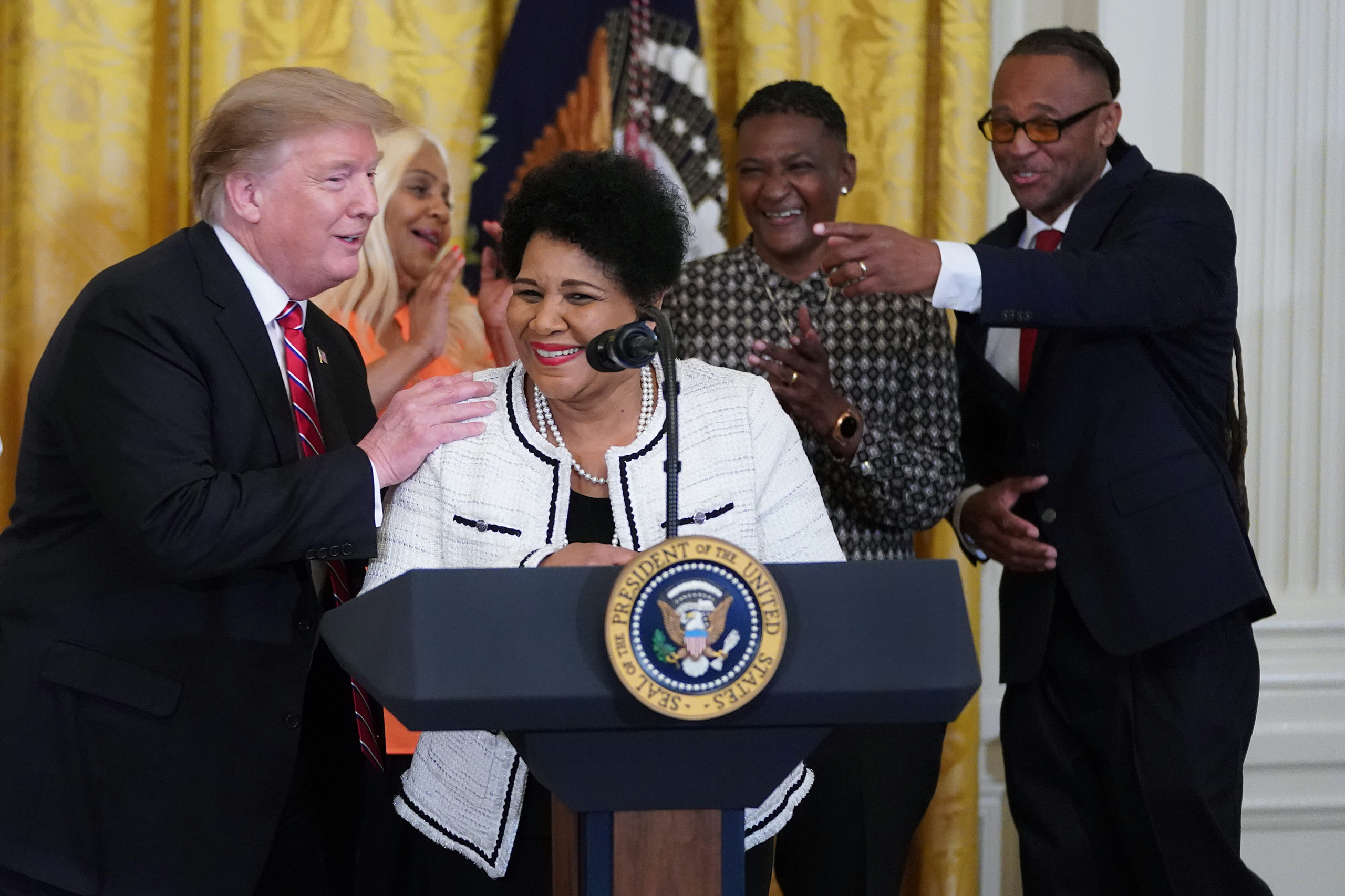 Alice Marie Johnson, who had her sentence commuted by President Donald Trump after she served 21 years in prison for cocaine trafficking, speaks during a celebration of the First Step Act in the East Room of the White House April 01, 2019 in Washington, DC. Chip Somodevilla/Getty Images

“My Christian faith and the prayers of so many kept hope alive,” she said. “When President Trump heard about me, the injustice of my story, he saw me as a person, he had compassion and he acted. Free in body, thanks to President Trump, but free in mind thanks to the almighty God.”

“I couldn’t believe it. I always remember that God knew my name even in my darkest hour but I never thought a president would,” Johnson said.

Johnson will not be able to vote this fall because her voting rights haven’t been restored, but expressed her gratitude to Trump for his commitment to criminal justice reform, and promised not to forget the people still serving prison sentences who made the same transformations as her and seek freedom.

“The nearly 22 years in prison were not wasted. God had a purpose and plan for my life. I was not delayed or denied, I was destined, for such a time is this,” Johnson concluded.